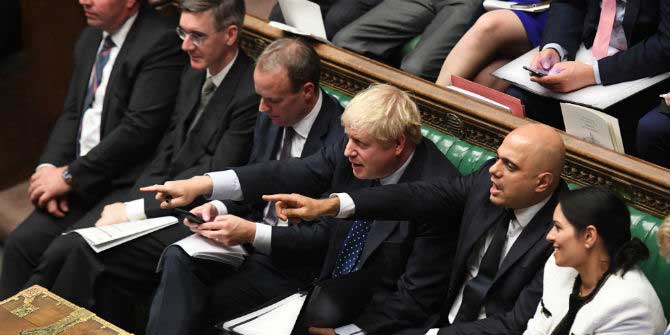 Tories’ 2022 diary: everything under attack everywhere

IN THE closing days of its 2021–22 session, parliament passed all the Tories’ key pieces of legislation unamended. No sooner had the royal assent been given to these anti-working class Acts than yet more were proposed in the Queen’s Speech, in which the government set out its legislative agenda for the coming year.

The Acts passed already represent a carnival of reaction. The Police Crime Sentencing and Courts Act restricts the right to protest and extends police powers of stop and search. The Nationality and Borders Act creates a two-tier asylum system, meaning those arriving in the UK through so-called ‘irregular means’ (essentially the most desperate and vulnerable migrants) will lose even the minimal support and protection currently afforded them.

The Elections Act, introducing voter ID requirements, has elicited barely a whisper of opposition. However, the spectre of ‘voter fraud’ is a red herring not backed up by facts. The real motive is to restrict poorer and older workers’ right to vote as many have neither driving licence nor passport.

Queen’s Speech
This year’s speech was the first to be given by Prince Charles, the deeply unpopular future King. This factor dominated the headlines and distracted the public from the legislation proposed.

The speech was littered with phrases about ‘boosting the economy’ and ‘economic growth’ arguing that workers shouldn’t expect handouts but must wait for capitalist recovery to take its course and deliver jobs, which will in turn raise the standard of living.

Of course two weeks later the Tories had to concede some relief for poorer sections of the working class during the cost of living crisis, making this one of the quickest u-turns in memory.

By constrast we were told that thanks to ‘tough and responsible decisions’ and ‘lower forecast borrowing’, the public purse does in fact have ‘additional headroom’ which ‘the Government has prioritised using to deliver reductions in tax’!

Though apparently a deviation, albeit temporary and limited, from the strict neoliberal agenda, other items showed they were still on course. The Media Bill includes the proposal to privatise Channel 4. With the BBC also being starved of funding via the two-year freeze on the license fee, this is a wholesale attack on public broadcasting, widely viewed by the Tory right as incurably liberal in the political sense.

On education they are introducing the Higher Education (Freedom of Speech) Bill and the Schools Bill. This will see student loans being repaid more quickly as the threshold to start repayments is frozen and the interest charged on them skyrocket to 12% in coming years.
The Schools Bill aims to convert every single school in Britain into an academy—or rather into a member of a dozen or so giant multi-academy chains. Secondary education will be strightjacketed to fit the needs of capital and teachers told not only what to teach but how to teach it.

The government’s strategy to expand the influence of the private sector by utilising the ‘freedoms’ of Brexit will be achieved through a Brexit Freedoms Bill, overseen by the arch-reactionary Jacob Rees-Mogg. This will make it easier for the government to rip up the limited workers’ rights, embodied in EU regulation, and deregulate industry. This will align Britain far more closely to the US, the Tories’ prefered trading partner, with consumer and environmental rights unceremoneously thrown in the bin. Significantly no additional funds for the NHS are on the table. Indeed there was no mention of the NHS whatsoever.

The Energy Security Bill, which was announced earlier but forms part of the agenda, opens the door to fracking in the UK, despite widespread opposition from local communites and the need to leave fossil fuels in the ground if we really mean to reduce carbon emmissions.

It will also rely on nuclear energy to fill the gap, regardless of the inherent dangers of fission and the fact that a new generation of plants will not produce a watt of energy for a decade. Onshore wind farms, home insulation… not a penny.

Repression
Another key plank of the Government’s assault is increasing the numbers and powers of the police. The usual promise to ‘get more police on our streets’ is repeated, although no fresh commitments are made. Of greater concern is the Government’s promise to ‘give the police new powers to deal with highly disruptive protests’ – and this on top of the Police and Crime Act.

It will attempt to do this through a new Public Order Bill, which it says will ‘give the police the powers they need to prevent a minority of protestors from using guerrilla tactics that cause misery to the hardworking public, disrupting businesses, costing millions in taxpayers’ money and putting lives at risk’. This is clearly aimed at Extinction Rebellion but could also make workers’ direct action, when faced with sudden closures and mass dismissals, illegal.

The Boycotts, Divestment and Sanctions Bill will make it illegal for public bodies to boycott Israeli products and companies, which we are patronisingly informed is intended to ‘stop public bodies from adopting their own approach to international relations’. Students and academics must do everything in their power to make this bill a dead letter before it reaches the statute book.

In the midst of this anti-woke, pro-market agenda, there is somewhere time to be found to debate a Bill of Rights that will replace the European Human Rights Act. A Bill of Wrongs more like.

Workers’ response
Taken together, the government’s legislative proposals represent a two-pronged assault on the working class—an economic assault, during which we are told to simply accept the consequences of the crisis while tax breaks are offered to the bosses, and a political assault, as the rights of protesters and migrants are once again put on the chopping block.

This Tory government is not interested in offering help to workers, beyond the bare minimum, and is ideologically committed to further privatisation, reduction of public spending and relaxation of regulations on business. And during his third year as Labour leader we can expect nothing whatsoever from Keir Starmer in terms of opposition in parliament. Real opposition will have to come from the workplaces, colleges and schools and on the streets.

This means greeting every piece of reactionary legislation with demonstrations, direct action and strikes. But socialists must also offer positive political answers to the new period of capitalist crisis, linking today’s defensive struggles to the need for social revolution. This means developing an action programme, something Workers Power is committed to doing—and discussing with the left—in the coming months.