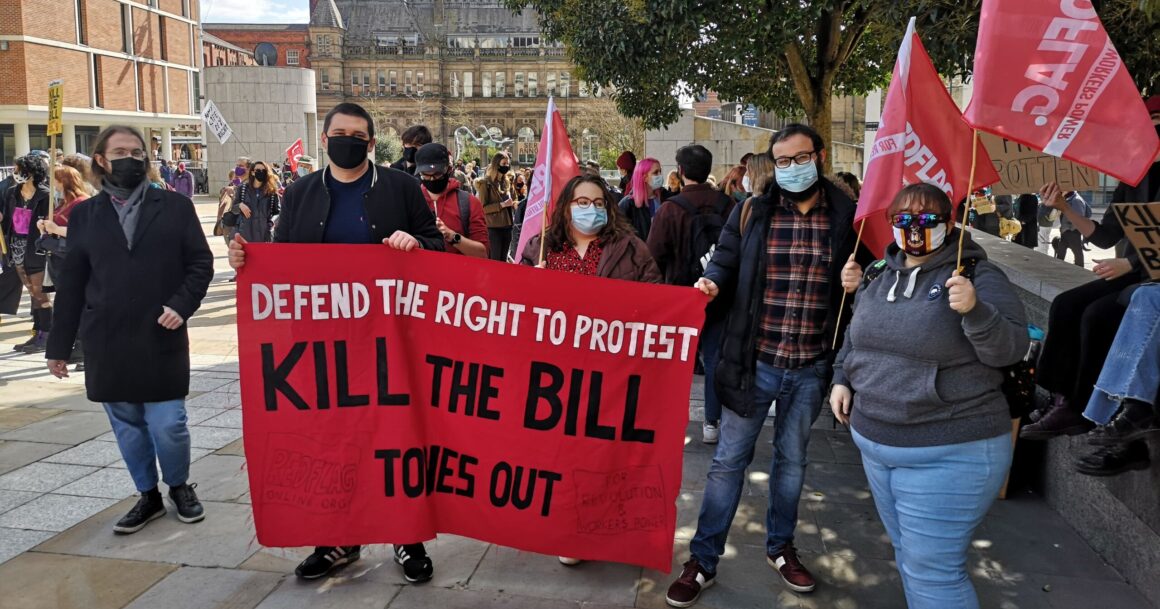 The acquittal of three men and a woman, who in 2020 helped tear down the statue of slaver Richard Colston at a Black Lives Matter protest in Bristol, was an important victory. Their successful defence, accepted by a jury of their peers, that the statue was itself a hate crime is a victory for anti-racists everywhere and a blow to the ruling class narrative of British history: one where Churchill’s role in the Bengal famine, Britain’s concentration camps in Boer War, the Bloody Sunday massacre whose 50th anniversary was marked last month, and a thousand other crimes of colonialism and imperialism across the world are minor footnotes in the story of a ‘great nation’. In this grotesque version of events, slave-traders are celebrated as philanthropists with carefully curated legacies.

Some MPs publicly condemned the verdict. Ominously, Transport Secretary Grant Shapps vowed that the new Police, Crime, Sentencing and Courts (PCSC) Bill would ensure protesters ‘can’t just go round and cause vandalism, destroy the public realm, and then essentially not be prosecuted’.

The PCSC Bill would impose 10-year sentences on those found guilty of damaging statues. It was launched in the wake of the BLM movement and Extinction Rebellion protests and is now in its final stages of becoming law. Shapps said the government would close ‘loopholes in the law’ that allowed juries to make such verdicts – another case of changing the law to suit Tory ends.

As well as specifically targeting those who would damage monuments, the Bill gives police much wider powers to criminalise protesters, particularly peaceful ones, and poses a serious threat to the right to protest. It will also intensify the British state’s campaign of harassment against the Gypsy, Roma and Traveller (GRT) community, allowing the police to determine whether significant disruption is ‘likely to be caused’ by residence on private or even common land.

Another key aspect of the bill is the expansion of stop and search powers, time and again proven to be used disproportionately against Black and Asian people, and make it an offence to challenge the police when they are using these powers.

In a blow to the government, the House of Lords voted against aspects of the Bill in January, concluding that new powers for police to stop and even criminalise protests for being noisy or disruptive would be draconian. Though most of these defeats can be reversed in the Commons, a government amendment to introduce a new public order offence aimed at environmental activists Insulate Britain cannot now be included in the law.

A united front to Kill the Bill

The Bill is in its final stages and is now going back and forth between the two chambers to determine its final form. It is possible that continued protest against the Bill could pressure more MPs to vote against the most outrageous clauses and the Bill itself, so the Kill the Bill movement was back out in force in January with 10,000 people in London and thousands more around the country. But with Tory backbenchers hankering after reactionary ‘red meat’ and the judges and police eager to rebound from defeats like the Colston Four, we must prepare for when the Bill passes into law.

So far the ‘official’ Kill The Bill movement has campaigned among activists and protest movements. But in order to make the new provisions unworkable, we need mass disobedience and defiance in defence of our democratic rights, including organised self-defence of our movement and protests from police harassment. That means building a much broader united front, one which draws in the trade unions, the Labour Party, and through them working class communities to Kill the Bill.