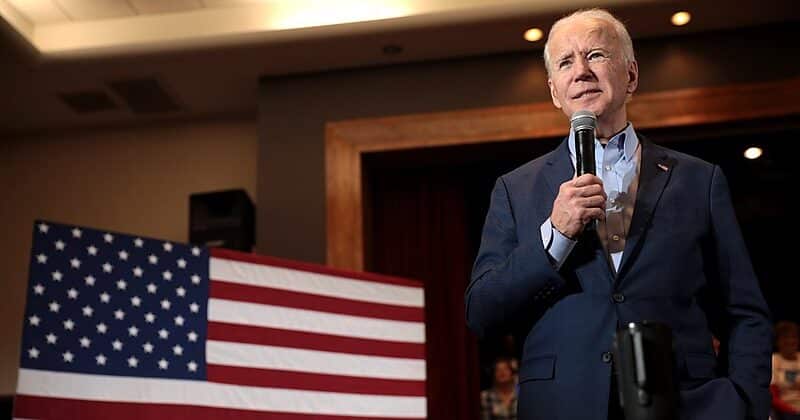 Kids in Cages: Biden’s immigration policy is a return to the status quo

US President Joe Biden’s immigration policy has drawn fire from both left and right. While the right-wing decry departures from Trump’s policies, the left is critical of an administration that campaigned against “kids in cages” but in power has increased the number of children held in detention facilities. Biden’s immigration bill addresses many aspects of the United States’ complex immigration system but fundamentally is a return to the Democratic status quo, by using visa systems to fill gaps in the US workforce, allowing family reunification, affording some protection to the US’s large population of undocumented migrants but, at the same time, using harsh immigration controls at its borders including detention facilities and deportation.

The US is a country of immigrants, and from the Democrat-voting population there is always political pressure to provide routes for families to unite in the US and this type of immigration accounts for the majority of green cards issued. Along with the reinstatement of green card issuance, which was suspended by Trump, Biden also plans to increase the number of family-sponsored migrants who can receive green cards, often referred to as “chain immigration”.

Trump had tried to scrap the Deferred Action for Childhood Arrivals (DACA or “Dreamers”) programme. He was thwarted by the Supreme Court and Biden’s new immigration bill continues the provision of work permit and protection from deportation for this group, as well as providing a path to citizenship. He also plans to increase the number of refugees admitted each year, lifting the cap from 62,500 to 125,000 in 2022. While Biden has increased the number of legal routes to residence and citizenship, his administration is not permitting entry to the US for all those who need it or providing entry quickly enough for those who are eligible. This means his administration is still jealously guarding the US border, holding children in detention facilities and deporting adults.

The left has loudly criticised the continued detention of migrant children, and the hypocrisy of the Democratic left who are now defending  under Biden practices that they denounced under Trump. At a recent virtual “town hall” with her constituents, Alexandra Ocasio-Cortez responded to such criticism by saying “I don’t want to draw false equivalence. What is happening here is not the same as what happened during the Trump administration.” But kids in cages are kids in cages, no matter which party puts them there.

The government and capitalist class of the US, like that of Britain, is a major contributor to climate change, engages in coups against foreign governments, wages war in countries like Syria and dominates a world economic system that super-exploits the poorest countries. In this way, the United States creates far more migrants than Biden plans to accommodate. Not only is it important that socialists in the US to campaign against climate change, imperialism and war, but also  defend the right of those driven from their homes to find a new one in the United States.