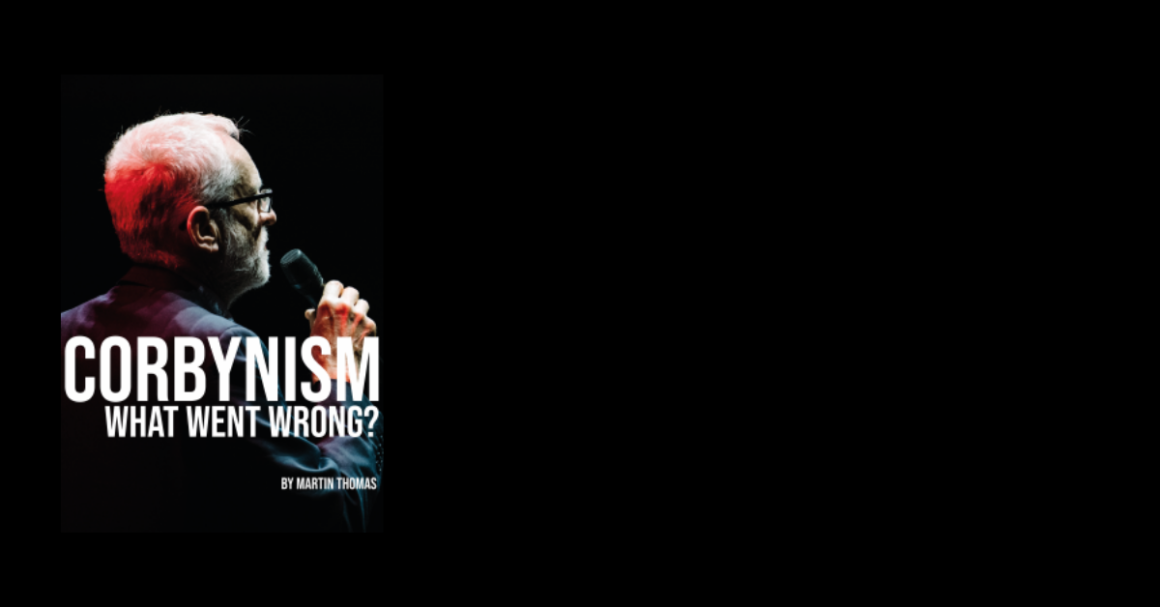 The Alliance for Workers’ Liberty (AWL, which publishes the newspaper Solidarity) has issued Corbynism: What Went Wrong? a 60-page assessment of the collapse of the Corbyn project.

At the outset, the pamphlet correctly identifies the ‘real lost promise’ of Corbynism. Rather than building an independent socialist movement in workplaces and communities which could have ousted the right in the parliamentary Labour Party and in local government, propelled Labour to power and held the leadership to account on its promises, Corbyn kept the membership as an auxiliary social movement only to be mobilised at times of leadership or parliamentary elections.

This disastrous policy was no accident or a result of personal shortcomings. It was the result of the Labour left’s historic commitment to an incremental, parliamentary road to socialism, one which never materialised, nor ever could have.

There are indeed essential points about democracy and independent socialist organisation contained within Martin Thomas’s tour through the Corbyn years. But his location of Stalinism as the principal source of bureaucratism and anti-Zionism as a modern form of antisemitism—both shibboleths of the AWL—means the pamphlet fails to expose that Corbyn’s resort to bureaucratic methods and failure to fight the right’s smear campaign directly derive from his reformist strategy.

[Martin Thomas has responded to this review and others in Solidarity 614. Read his response here.]

The movement’s weakness
The AWL’s pamphlet relays the weaknesses hampering the movement from its spontaneous beginnings: the vacuum in the grassroots left both within and outside Labour, the lack of a pre-existing group of thinkers around Corbyn or even people with the right skills to lead his office. The surge in left members and activity in Labour was mirrored neither in the unions, the universities nor communities.

More mainstream accounts of the Corbyn years like This Land by Owen Jones and Left Out by Gabriel Pogrund and Patrick Maguire have also told the story from the perspective of the leader’s office. But Thomas adopts a grassroots perspective, pointing out that even when Corbyn had consolidated his position after 2017, the leadership did not initiate any demonstrations, evaded support for strikes, did not campaign against local government cuts, did little to build up student Labour clubs and rarely talked about socialism by name.

Then there was the ‘Momentum coup’ of January 2017—an event barely mentioned by Owen and Pogrund/Maguire, but which decisively blocked the development of an independent, democratically organised left inside Labour. An added factor was the inexperience of the youth who rallied around Corbyn in the leadership elections of 2015 and 2016 and in the 2017 general election; they were organised neither in the constituencies, Young Labour nor Momentum.

This, along with the weakness of the British far left, most of whom stood aloof from the mass Labour Party, made it easier for Team Corbyn to promote a bunker mentality of loyalty to the leadership, without the challenge of a critical debate.

As Thomas points out, those that did try to combat this trend, including the AWL, were witch hunted by Chairman Iain McNicol’s party bureaucracy, receiving little or no support from the Corbyn leadership. Unfortunately, the AWL’s at best half-hearted ‘defence’ of many members suspended or expelled on trumped-up charges of antisemitism also put them on the wrong side of the battle lines in many cases.

Stalinism
Yet just as much if not more than the historical weakness of the left, Thomas repeatedly blames Stalinism for the anti-democratic behaviours of leading cliques in parts of the Labour machine. It is the ‘Stalinist-heritage Leader’s Office’ which ‘tilted Corbyn noxiously on issues like Brexit and antisemitism’, the ‘Stalinistic trends’ within London Young Labour which ‘became a dead weight against the possibility of recruiting youth into Labour’, and so on. The vagueness of Corbynite socialism left it ‘vulnerable to ideological colonisation by the “false socialisms” … shaped by Stalinism’.

Of course it is true that the Stalinist political tradition, represented by the Morning Star and the Communist Party of Britain, has significant influence in the trade union and labour movement today, and that some of Corbyn’s most senior advisors—Seumas Milne, Andrew Murray and others—were associated with it. It is also right to point out the unprincipled, anti-democratic methods employed by various bureaucratic cliques to shut down discussion and debate within Momentum, London Young Labour and other campaigns.

However, the real question is not so much the genuinely Stalinist past of key LOTO members, but rather — what kind of politics led Corbyn to compromise on democratising the party, to discourage the formation of an independent left and to zigzag on Brexit? As I have argued previously, it is the labour bureaucracy’s strategy of class compromise which forces it to suppress and control the membership. At every turn, from the inclusion of disloyal right-wingers in the first Shadow Cabinet to ditching open selection under pressure from Unite, to acceptance of local authority cuts, Corbyn’s strategy was to maintain unity with the right at all costs.

Setting itself the singular goal of winning an election to transform society from the top down, rather than viewing this as one battle in a wider class struggle, the leadership had to prioritise electioneering over members’ democracy. It was the party’s contortions over Brexit, more than any other policy, that, as Thomas points out, eventually ‘destroyed its claim to represent new principle and consistency in politics’. The leadership attempted to satisfy both pro- and anti-Brexit voters, and both wings of the party, without actually engaging with the underlying social schisms.

But it isn’t sufficient, as Thomas does, to ascribe these dynamics principally to ‘Stalinist’ political culture. Any reformist political strategy based exclusively on electoral calculation will always be antithetical to rank and file democracy, because it is based not on a conception of class struggle but on winning state power by playing by the parliamentary game. This method was in existence in Labour from its birth and before that in the Fabian Society and in the trade union bureaucracy that founded Labour.

Genuine Stalinism is a constituent part of this political landscape – the bureaucratic degeneration of the ideals of Bolshevism into Stalinism meant abandoning internationalism and adopting the theory of socialism in one country, which necessarily meant an accommodation to the world capitalist system.

As Tim Nailsea explains in an analysis of Britain’s Road to Socialism, the Communist Party of Britain long ago ‘abandoned even the pretence of revolutionary politics and instead attempted to tail the existing reformist perspectives of the British labour movement. Its continued influence, therefore, reflects the reformist, class collaborationist outlook of the trade union bureaucracy and much of the Labour left, which the CPB attempts to put itself at the centre of’.

By pinning the blame for the Leader’s Office machinations on an external political force, Thomas lets left wing social democracy off the hook. But to convince the rank and file of the Corbyn movement of the need for a revolutionary strategy, we have to explain to them that their own tradition is fundamentally flawed. This the AWL has failed to do.

Left antisemitism?
There is no room here to provide a full rebuttal of the AWL’s position on the Israel-Palestine conflict, which is rehearsed in full within the section of Thomas’s pamphlet dealing with antisemitism. There can, however, be no doubt that the claims that Corbyn and many of his supporters were either antisemites or soft on antisemitism fatally discredited Corbyn and his supporters.

Corbyn did initially stand up to these smears but crucially failed to educate the membership about either antisemitism or the historical development of Zionism into a racist ideology that denied the Palestinians equal rights.

Without such a strategy, the leadership was unable to combat the hegemony of Zionist-influenced ideas about Israel and antisemitism, and ended up accepting the core charge against them, even actioning the expulsion of prominent anti-racists and Jewish anti-Zionists on trumped up charges. This compounded the media discrediting of Corbyn as the principled anti-racist he is.

It is not antisemitic to point out that Israel was established by driving out a large proportion of the Palestinians and continued this process both wholesale in 1967 and piecemeal by settlements on the West Bank. Opposition to this ongoing process does not mean ‘driving the Jews into the Sea’ or denying Israelis the right to live with full and equal rights in a secular democratic Palestine. In fact, Jeremy Corbyn has the same position as the AWL—indeed most of the non-Israeli world, including the Stalinists — for a two-state solution.

Thomas’s insistence that Corbyn should have capitulated to the right’s antisemitism smears even sooner, and the AWL’s refusal to fight for the right to self-determination for all nations, is in fact a concession to the interests of the British imperialist state, which backs Israel because it is an ally against the surrounding Arab nations. The Labour right have always been happy to join in with the establishment’s slander against the left and the AWL in this instance are willing to be their bag-carriers.

In this pamphlet, Thomas has even added his own smear: “Corbyn was a long-standing associate of people around the Stop the War Coalition who plainly supported wiping out Israel”. This is a blatant slander by insinuation when Corbyn has never condoned this view or those on the fringes of the anti-war movement who hold it.

Thomas’s claim that no other group on the left will seriously debate them on antisemitism or engage with the topic is also disingenuous. Interested readers can refer to our book on Palestine which contains two appendices dealing with the AWL’s position, our recent debate with the AWL on the topic, or to the numerous long-form articles we produced on the subject during the Corbyn years (examples here and here).

Workers Power (then Red Flag) collaborated with the AWL in many campaigns within Labour fighting for democracy and internationalism – most importantly in opposition to Brexit. Indeed, we were the only Trotskyist groups to do so seriously. The AWL comrades are also fighters for democracy and rank and file organisation in the trade unions.

However, as centrist fellow-travellers of the Labour left, the AWL conjure an external bogeyman to exonerate Labourism left and right. ‘Stalinism’, evoking images of Soviet gulags and personality cults, fits the bill for the AWL but is surely an irrelevant and bizarre historical reference for most activists today. As I have previously argued, constantly obsessing over Stalinism is a poor substitute for the struggle against the near-universal dominance of parliamentary reformist ideas within the labour movement.

Those who are serious about understanding the failure of Corbynism and the parliamentary road will want to look further. 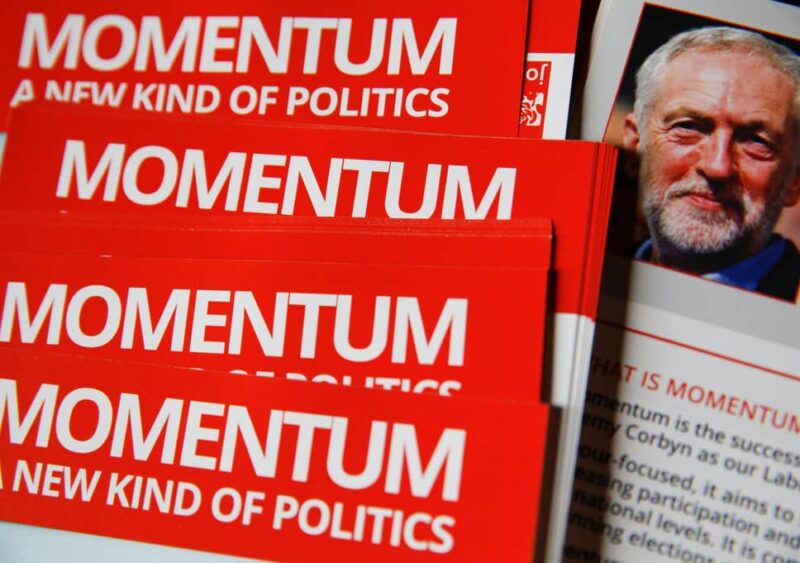 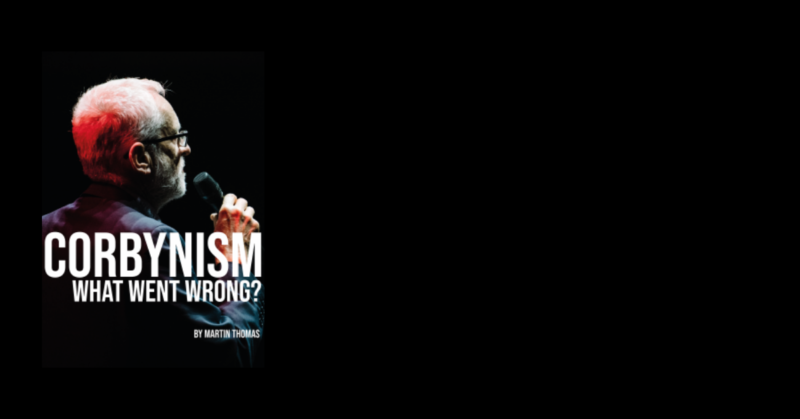 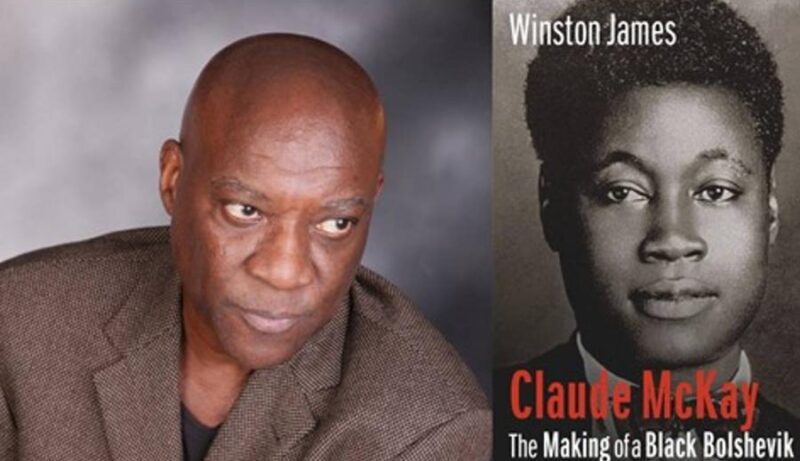 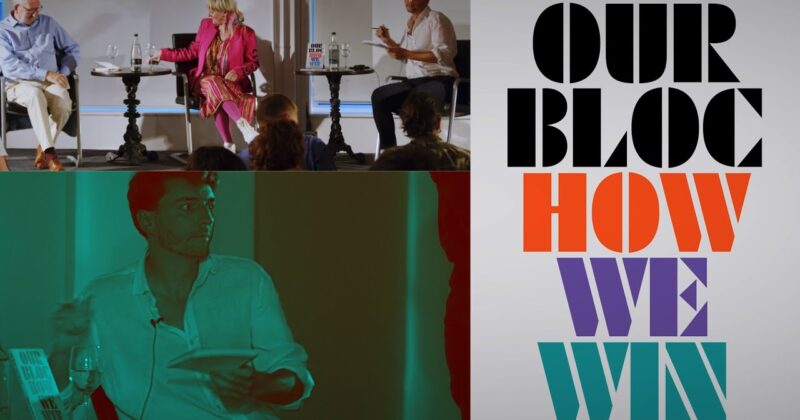 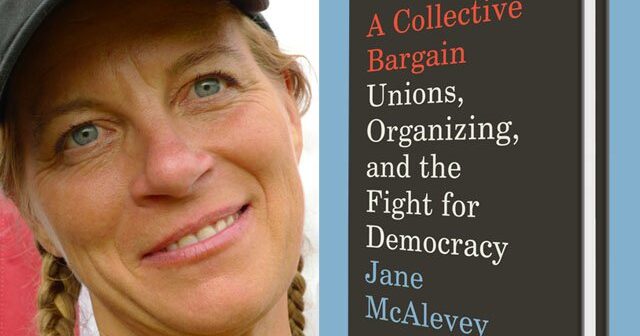