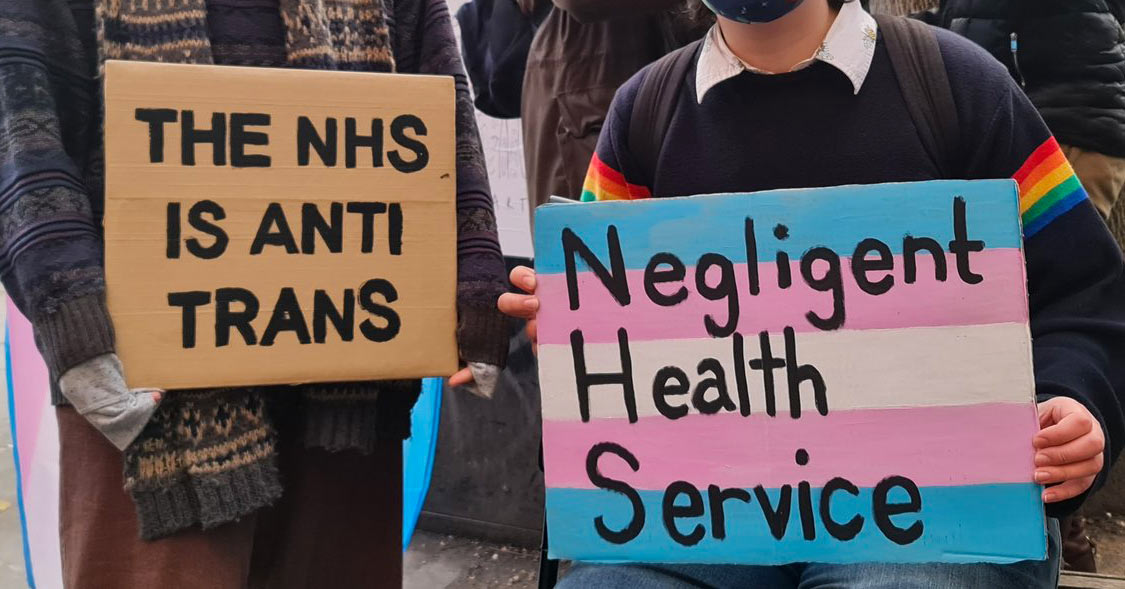 Transgender healthcare discrimination – the only solution is workers control

Since the start of the coronavirus pandemic in March 2020, transgender men seeking gender confirming surgery have faced severe delays at all stages of the process, with devastating effects on their physical and mental health. The pandemic has been used to excuse these delays, however this situation has actually been caused by a combination of poor planning, discrimination and outsourcing.

Although the NHS has a legal obligation to provide these surgeries, NHS Specialist Commissioning has historically outsourced them to a private contractor St Peter’s Andrology Centre in London. The normal waiting time from referral to the initial stage was one year; patients were told that they could expect to wait up to 6 months between stages.

In March 2020, the NHS withdrew its contract from St Peter’s Andrology Centre without any alternative provider in place, leaving hundreds in limbo. Some have now been left in an interim stage of their transition for as long as three years.

TransActual, a trans-led organisation whose primary aims are working to improve trans people’s experiences of healthcare, as well as legal recognition and improved media representation, told Workers Power that there are currently about 600 people on waiting lists for gender confirming surgery. Chay Brown, director of TransActual, estimates that at current rates it will take four years to clear this backlog.

Left in the dark

In the meantime, the lack of communication from the NHS is leaving many trans people feeling neglected and marginalised. NHS England waited more than a year before informing those who had been impacted that the St Peter’s contract had been terminated.

The delays are exacerbated by the refusal of the NHS to allow access to partial surgeries in the interim. While full female-to-male gender reassignment surgeries are highly complex and require specially trained surgeons, other surgical teams could perform some of the procedures in order to reduce waiting times.

There are other horrifying consequences of this neglect. According to Stonewall, almost half of trans people have attempted suicide at least once and 55% have been diagnosed with depression. For those who have been left in limbo, mental health issues are very common and support has been utterly inadequate.

Many of those affected suffer with pain and require hourly medication in order to function, which can lead to addiction issues. There are also economic consequences – the uncertainty around when people might finally start being listed for surgery has caused many to be afraid to take sick leave, as they might need two months off work to recover following surgery. The recovery time can cause people to be afraid to move jobs or take on project-based temporary positions.

Discrimination in healthcare isn’t just a transgender issue – it affects the whole working class, particularly those who are disabled, women, ethnic minorities and LGBT+. Due to a decade of savage cuts and creeping privatisation that has taken place, many have spent years languishing on waiting lists for ‘non-urgent’ surgeries while their health slowly deteriorates.

Persistent low pay and horrendously long hours have led to 100,000 unfilled vacancies in the NHS. Linking the fight for higher pay and decent working conditions to the struggles of discriminated patients is vital to the fight for an NHS which provides quality healthcare for everyone.

The only way to do this is for the working class to stand in solidarity with our trans sisters and brothers and to struggle for a democratically managed healthcare system under the control of workers and patients. We must raise the following demands within our union branches and in the labour movement more broadly: