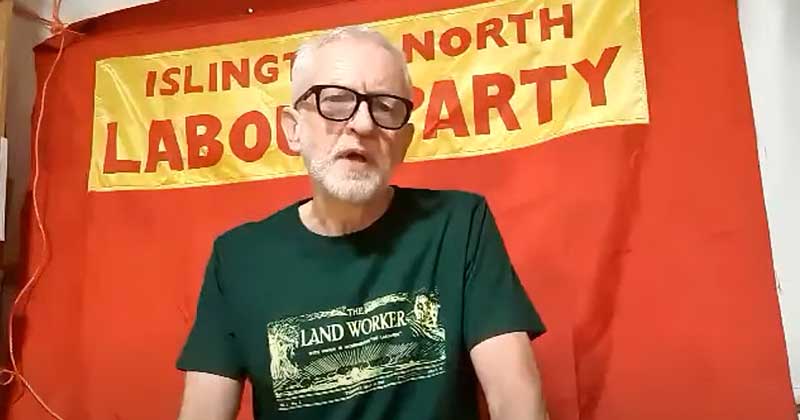 Socialist Campaign Group rally thousands – but give no direction

Over 3,500 listeners tuned into the Socialist Campaign Group of Labour MPs rally tonight, with another 5,000 watching on social media, some of whom streamed the events themselves. The Labour left can still draw a crowd for sure, possibly larger than the party itself could once you filter out the media pundits, but what they delivered pointed no way out of the crisis we face.

Jeremy Corbyn delivered the last of 15 five minute speeches by various Labour left MPs, young and old, if you include Bell Ribeiro-Addy in the chair. But, like the rest, he revealed no insight as to why Labour lost in 2019, dismissing the “tittle-tattle” of “coffee table analyses”. We lost because of “the powerful forces against us” (citing the Murdoch media and Trump government) and “the raw power that was pushed against our movement.”

He pointed to a legacy of “policies that would transform peoples’ lives” and ended, as he often does, by praising activism because “politics is not just parliament”. But he went on to qualify that by claiming the Socialist Campaign Group (i.e. left MPs) are “just a part, a very important part, of that process”. This was a central if self-congratulatory theme of the evening. John McDonnell said the new intake of left MPs “gives me hope in the future of the left”, apparently this is the big gain (or consolation prize?) of the Corbyn years.

Another, inevitably, was the defence of the 2017 and 2019 manifestos. Richard Burgon reeled off a list of worthy policies from smaller class sizes to a ban on evictions, but the furthest he went to embellishing the programme was to call for a zero-Covid policy toward the virus, an eviction ban and for full employment via “a programme of public works, including the Green New Deal”.

The problem is, with no socialist Labour government in sight, how do we fight for these? Rent strikes, deficit council budgets, workplace occupations and strikes… these have never been the preferred tools of the Labour left. Instead, Burgon pointed to the new MPs (again) and some union general secretaries, including the “socialist leader of Unite”. These are the very same people selling our jobs!

Besides the grandees of the left old and new, there was a noticeable left-right split between the newer MPs. Ian Lavery wheeled out the tired old claim that Corbyn’s pledges were “not even left wing policies; they’re mainstream policies” to claim: “We can only win with the working classes and the middle classes; we can’t win without one or the other”: a clear nod in the direction of the Morning Star popular frontists.

Baroness Chakrabarti said she was “proud to be a patriot”, albeit of a multicultural Britain. Gateshead’s Ian Mears mourned cuts to police budgets and Ian Burns from Liverpool thought support for community food banks was the way to rebuild the left.

While Rebecca Long Bailey gave a (slightly) more detailed outline of the Green New Deal, raising the minimum wage, extending furlough and introducing a Universal Basic Income, she then asked, “How to pay for all this?” before answering not by nationalising the banks and the heights of the economy, not by taxing the rich, not necessary, because… “the Green New Deal will be a catalyst for manufacturing”. The old Labour myth that the capitalist state simply needs to nudge the capitalists into “doing the right thing” rears its head again.

On the left, Aspina Begum, who has publicly supported the Tower Hamlets strikers against the right wing council, praised the London Renters Union. Coventry’s Zarah Sultana called for a working class fightback, while Claudia Webb from Leicester called for a class struggle and demanded Britain stopped selling weapons to racist US police forces.

Lloyd Russell-Moyles probably gave the best speech, recalling how a Brighton campaign against academisation had won after activists had “slashed the tyres of the Academy Chain CEO” as an example of direct action winning results. He ended by denouncing right wing Labour governments of the past, coming close to declaring outright opposition to Starmer. Instead he carefully turned his fire, saying that “Biden is useless… struggling even to beat Trump”.  After all, if Russell-Moyles had recast Keir Starmer and Boris Johnson in those roles he would have broken ranks with his fellow “left” MPs.

No lessons, no leadership

Hemsworth MP John Trickett early on in the rally gave a call to arms for a “fightback”: “There is a solemn duty on the left not to simply give advice from the sidelines to the Labour leadership, the job of the left is to lead.” But the Socialist Campaign Group did not provide a socialist campaign strategy for the fight inside Labour or outside in the social and workers’ movements.

Not one called for a class war against the shadow cabinet, demanded Starmer fight the Tories or clear out, or even stood up for Palestine on the brink of annexation and condemn the “anti-Semitism” slurs of the pro-Zionist witch-hunters.  The only concrete proposal was the to support the Grassroots Voice slate in the upcoming NEC elections, without which “we will really be going backwards”.

The Labour left – and the working class that they claim to represent – do not need comfort blankets, absolving them of any blame for the predicament we are in. We need class struggle fighters and policies – not for a Labour government in the distant, dim future, sometime, maybe, but – to turn today’s struggles against the public health, economic and climate crises into a fight for socialism.

Watch the video of the rally here: https://www.youtube.com/watch?v=MyjnZKzCRBs&fbclid=IwAR0iezXmi8N7Noj9pQOw7hlyaQimSR_ETaeEGawU5S-BUDoTygv-lGRndJk 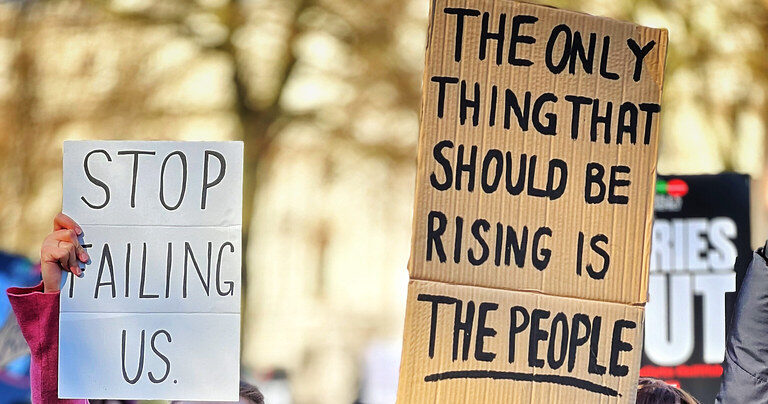