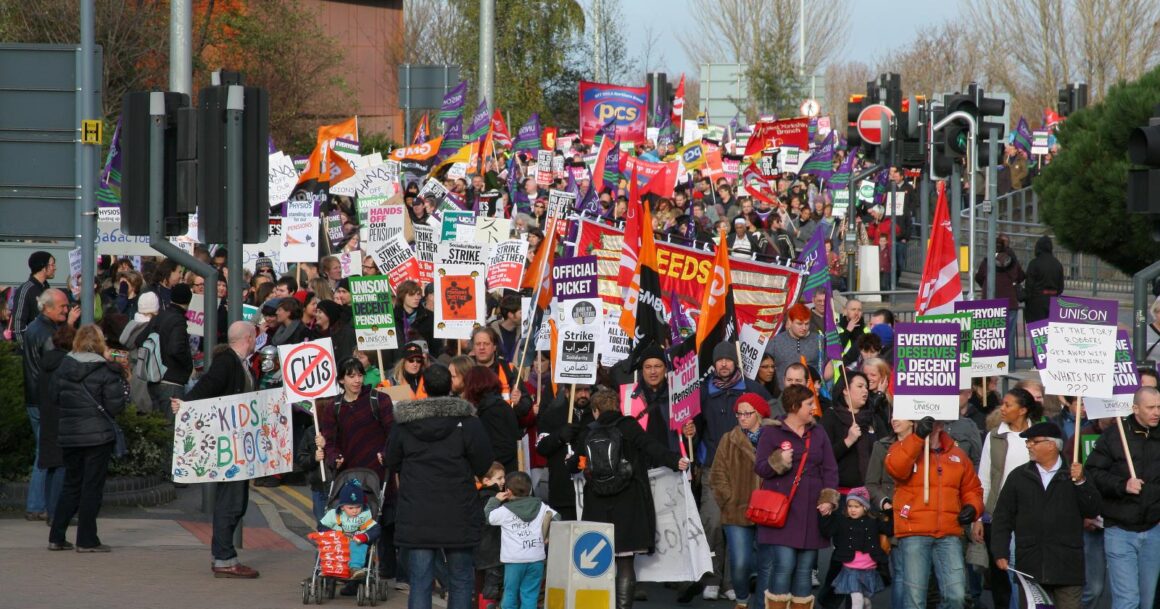 RPI could rise as high as 22% by January, and faced with pay offers that are in effect massive pay cuts, public sector workers are considering whether to take strike action to keep up with the rising cost of living.

NHS workers have been offered £1,400 each in England and Wales, 5% in Scotland, and no offer in Northern Ireland due to the lack of a functioning Executive. The Royal College of Nursing (RCN) has called a strike ballot (for the first time ever in England, Wales and Scotland) that will run from 15 September to 13 October.

The ballot covers Britain and Northern Ireland, and asks members whether they will take action to support the union’s demand for pay rises of RPI plus 5%. Unison, Unite and GMB are also recommending strike action in their ballots. With 40,000 vacancies, in part due to low pay, the unions potentially have a strong hand.

Unison’s local government workers are also balloting, from youth workers to refuse collectors and support staff in local authority schools. They are deciding whether to accept or reject a pay offer of £1,925. For the very lowest paid, this is a 10.5% pay rise and above 6% for three quarters of workers, but for everyone it is lower than inflation and therefore a pay cut.

A Unison rep told Workers Power, ‘Local government workers have been offered a below inflation pay offer which is effectively a pay cut – this is on the back of losing 25% of our pay in real terms since 2010 due to Tory cuts. Unison is neutral on whether to accept, but rank and file activists know we have to fight for more.’

The Public and Commercial Services union (PCS) will begin its ballot of civil servants on 26 September. The ballot covers pay, pensions and job cuts. The government has offered pay rises of up to 3%, though most workers will only get 2%. On top of this, the government is planning to axe 91,000 jobs, with each department to suffer cuts of 20-40%, and wants to worsen redundancy terms to make these job cuts cheaper.

In education, the NEU is balloting members ‘in the autumn’. The Department for Education has offered teachers an insulting 5% with a bit more for newer staff. Meanwhile the UCU is balloting its 80,000 members in Universities across the country starting 6 September. The strike is over Universities UK’s 3% pay offer, and ongoing disagreements over pension and conditions. The union is demanding 12% or RPI, linked to the elimination of zero hour contracts and dangerously high workloads.

With the exception of UCU none of these unions have reached the 50% threshold before so most activists’ minds are on getting the vote out. At the same time they have to start arguing for coordinated and escalating action if the strikes are going to bite.

A PCS activist told Workers Power, ‘We need to beat the threshold, and that means strengthening the union at a branch level, finding new activists and winning new members. When we win this ballot, it will not be enough to call one or two days of action, we need to escalate our strike to put pressure on the government, and do so alongside as many other unions as possible.’

Ring rounds, zoom calls, workplace leafleting, social media campaigns; these are the new routine in the best branches: alongside more traditional methods of leaflets and posters. We have a chance to create new militant traditions in the public sector this autumn. If we can win these votes and strikes, we will strengthen workplace organisation and consciousness for years to come.