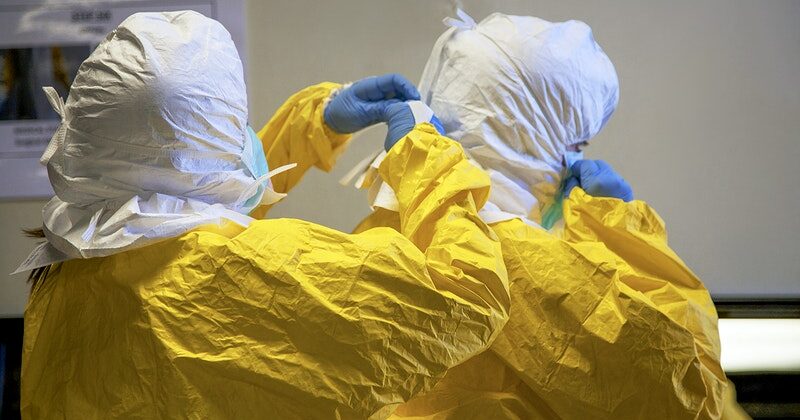 The NHS: Death by a thousand cuts

THE WINTER CRISIS in the NHS is more acute than ever before. The number of beds occupied by patients who have been in hospital for more than 3 weeks is the highest in any of the past five winters. Nineteen out of every twenty beds in wards in England are full. This is accompanied by a crisis of the emergency health care system. Nearly three in every ten ambulance patients are forced to queue outside of hospitals too busy to receive them—around double the pre-pandemic rate.

7.2 million people are on waiting lists for NHS treatment in England—60% more than before the pandemic. One in seven people in Scotland are on a waiting list, and the number in Wales is at an all-time peak. Meanwhile Confused.com bombards the public to go for private health insurance to avoid the NHS waiting lists. This is all part of a long term plan to break up the NHS, which includes starving it of funds that go into treatment equipment, and salaries for that can attract sufficient numbers of health workers.

The NHS which used to be the envy of ordinary patients in the USA and many parts of Europe is falling further and further behind and faces being converted into a system of healthcare for the upper and middle classes and for the working class and the poor something like the Medicaid system in the USA.
Health Secretary Steve Barclay insists that long waiting lists and overcrowded hospitals are not the result of underfunding. However, the average annual UK investment spend between 2010 and 2019 was £5.8bn compared to an EU average of £38.8bn, meaning that the UK has far older and less well-maintained assets, and fewer of them.

The NHS faced a funding squeeze between 2008 and 2018, as part of the government’s austerity programme following the 2007 recession. Each successive government has claimed to be increasing NHS funding, but for the NHS budget to have really increased it must keep up with both inflation and population growth. In real terms, NHS funding has been cut. Health spending grew at an average annual rate of about 3.3% be- tween 1949/50 and 2016/17, but if we look just at the period between 2009/10 and 2016/17 that average drops significantly to 0.6%, far below inflation.

Though NHS funding increased during the pandemic, it could not solve the problems already created by chronic underfunding. The NHS was already at breaking point as 2020 began. It had 6.6 ICU beds per 100,000 inhabitants, compared with 29.2 in Germany, 12.5 in Italy and 10.6 in South Korea.

There are now 133,400 vacancies including 47,500 nursing posts. The current trend is of increasing vacancies—more nurses are leaving the profession than joining it. The Royal College of Nursing (RCN) demand for an above-inflation wage rise is not simply for the existing workforce, whose pay has been held down for years, but to help with recruitment.

However, the NHS’s treatment of international nurses has been criticised by the RCN. They are campaigning for ‘ethical international recruitment’, citing widespread problems of high early-exit fees of up to £14,000 that are used to pressure workers to remain within contracts or repay the fees with the threat of deportation. The RCN is also concerned that recruits are being misled about how easy it will be to bring family members to the UK, and by the time they discover how difficult it is to navigate the UK immigration system they are already tied into a contract.

The NHS is also struggling to retain the staff they have: 16% of health and social care workers are looking to leave the industry completely, citing staffing, pay and workload as causes. It is a vicious cycle, as the fewer NHS workers there are, the more the pressure builds on those who remain. In August 2021 alone, two million days were lost to sickness, a quarter of which were due to mental health problems.

Death by a thousand cuts

In the 1980s Margaret Thatcher wanted to privatise the NHS outright, seeing it as another part of the ‘socialism’ she was determined to destroy. However, a Cabinet revolt stopped her, so she called in Sainsbury’s boss Roy Griffiths to ‘reform’ it. Doctors were stripped of their managerial power in the hospitals, and it was handed over to a caste of highly paid people from private industry to run the service like a business. A neoliberal US economist Alain Enthoven, advised introducing the discipline of market competition.

Administration costs doubled overnight. When Labour under Tony Blair won in a landslide election victory in 1997, despite manifesto pledges, the marketisation process was not reversed. Indeed, fiscally prudent Chancellor Gordon Brown greatly expanded the Tories’ Private Finance Initiative (PFI), using this to build hospitals, effectively handing over ownership of them to the private sector.

When the Tories’ returned in coalition in 2010 hardline Health Secretary Andrew Lansley brought in the 2011 Health and Social Care Bill which took the NHS into a whole new stage of privatisation. The 2012 Act opened all NHS services to competitive tender by private companies.

Despite the outcry from doctors and nurses, private companies like Virgin and Circle easily drowned out their voices. Worse still Unison, the largest health care union, did not call a single strike or demonstration during the entire five years of David Cameron’s government and Health Secretaries Lansley and Jeremy Hunt, easily went ahead dividing the service into smaller regional systems, with powers to decide what services will be available and who would provide them. By 2017, 43% of the total value of these contracts had gone to the private sector. Virgin alone won over a billion pounds worth of NHS business.

The campaign group Keep Our NHS Public reveals the most recent ‘market reform’, the Long Term Plan, ‘cuts costs’ by cutting access to healthcare, cutting its quality and involving profiteering corporations including US giants McKinsey, UnitedHealth, and Kaiser Permanente.

It further takes the ‘national’ out of the NHS by breaking it up into local Integrated Care Systems with their own tightly controlled budgets meaning that areas with higher levels of poor health—Merseyside, Newcastle, Hackney—have to deal with their own problems. NHS England has already designated 83 organisations to provide this, of which 76 are private companies, 23 US based, including Centene, Cerner, Deloitte, GE Healthcare, IBM, McKinsey, and Optum, the UK arm of UnitedHealth.

The Plan will mean healthcare is being turned into just another a commodity subject to international trade deals: the NHS is becoming a logo, stuck onto private enterprise. The future can be seen in the US where health is unashamedly a commodity, and people who cannot afford insurance often die without emergency treatment, and medical bills drive people into bankruptcy.

The NHS certainly needs a massive injection of cash, both to fund the resourcing needs of increased pay and increased staff, and the investment needs for new hospitals and equipment. Fees for medical and nursing students must be scrapped and a bursary reintroduced at the rate of a living wage, along with the free, quality on-site creches to meet the needs of parents. Early-exit fees for international nurses should be scrapped along with the immigration rules that hold the threat of deportation over their heads and separate them from their families.

More fundamentally, the health service must be brought back into full public ownership, without paying compensation to the profiteers, and run under the democratic control of workers and patients. All Private Finance Initiatives (PFIs) must be scrapped.

We must also expropriate the pharmaceutical companies and all those who extort massive profits through exploiting the sick, under the democratic control of the working class and without a penny in compensation to the bosses.

The crisis in the NHS has to be laid firmly at the door of the bosses governments including those of New Labour. The unions should insist, as the price of their funding labour’s next election campaign, that the party’s manifesto includes such measures. That’s why this strike is about more than pay. It is about the survival of the NHS—and public services and the welfare state in general.