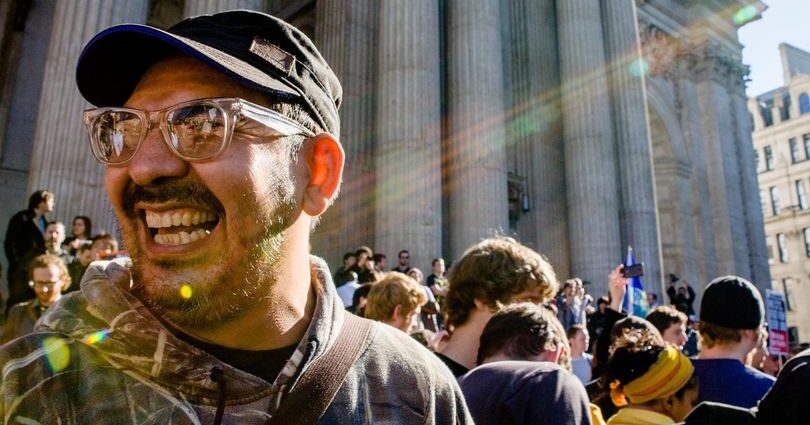 Bruno Sanhueza died unexpectedly from a stroke in October 2022 at the early age of 55. His father Carlos delivered a moving eulogy in a packed crematorium at a revolutionary send-off in South East London, surrounded by friends and family.

Bruno was born in Chile in 1967. His father was an active revolutionary, who had to go into hiding when General Pinochet ousted Salvador Allende in 1973 to avoid the massacre of leftists. Bruno, along with his mother Monica and brother Paolo only escaped arrest in the airport escaping Santiago due to the steadfast refusal of an Italian pilot to hand over the fleeing family.

The reunited family settled in Deptford via Buenos Aires in 1975. Carlos joined Workers Power and the Movement for Revolutionary Communist International, in which he played a prominent role writing on Chile and other countries, and in our work relating to comrades in Latin America.

As Carlos put it ‘Bruno was born in Chile but made in Deptford’. Brought up in a revolutionary household, where decisions were made democratically at house meetings, Bruno soon had to defend himself, his brother Paolo and his Black classmates from the National Front fascists who were active in the area.

As well as his lifelong commitment to the antifascist movement, Bruno joined Workers Power in his youth, carrying out work in the LPYS, crossing swords with the Militant and Linda Taaffe in particular. He played an important role in antiracist work, drawing Black and Latino youth into the movement.

Due to a severe illness in his early youth, Bruno was profoundly deaf and suffered from poor eyesight. As an adult he spent much of his energy fighting for disabled rights and promoting the underground deaf culture.

In particular Bruno became a pioneering deaf musician. As he put it, ‘I was always attracted to music because of the way it affected people, but it was only with techno that I understood why.’

Bruno became a brilliant techno DJ with a special fondness for Detroit techno and the Underground Resistance collective. Starting off with pirate radio broadcasting out of tower block roofs until the police confiscated his equipment, he moved on to internet radio platforms, where he gained an international following.

He remained politically active to the end, taking a prominent role in the protests against Pinochet in 1998 and participating in the youth uprising following Mark Duggan’s murder in 2011. He will be sorely missed by his family, the deaf and techno communities and all his friends in Workers Power.