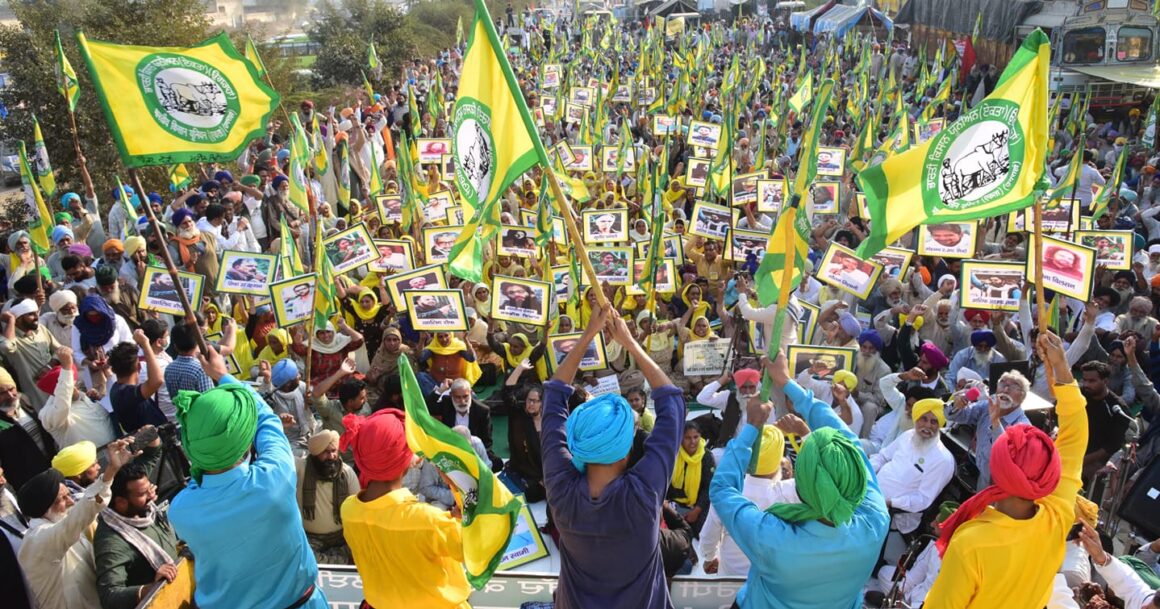 After a year of courageous struggle Indian farmers have humbled the country’s ‘strongman’ Prime Minister Narendra Modi. In his address to the nation on 19 November, Modi announced:

Despite heavy weather and the ravages of covid, hundreds of thousands launched strikes and mounted blockades to force the government and the big agrarian capitalists it serves to retreat. The police brutally tortured and arrested them. At least eight farmers were martyred. But Modi’s Hindu chauvinist government failed to defeat or divide the farmers.

Instead, the farmers’ movement, supported by labour unions, students’ and women’s organisations from all over the country, demonstrated that a united struggle could win. The movement has became a beacon of hope for peasants from all over India, as well as for Muslims, targeted by state governments as well as Delhi, and workers, who launched a 250 million strong general strike back in November 2020.

The controversial bills would have abolished state-guaranteed prices for farm produce, thus allowing capitalist agribusiness to squeeze small farmers out of the market. Similarly the electricity amendment bill would have ended free electricity supplies to small farmers. The third demand was to repeal legislation imposing a penalty of five years imprisonment or a heavy fine.

Although the anti-peasant bills were introduced in the name of abolishing feudal relations in the countryside, in reality they strengthened billionaires like Mukesh Ambani and Gautam Adani – India’s and Asia’s richest men. Food prices and the cost of living for workers would have soared. The urban and rural poor, who already spend most of their income on food, would have been pauperised.

The announcement of the bills’ withdrawal was naturally a cause for celebration but was also treated with caution since Modi’s government has often cheated protesters by reneging on promises. Thus they declared they would continue their sit-in outside Delhi, till all their demands had been met.

Forthcoming state elections were the immediate reason, why Modi withdrew the laws, wary of going to the polls in an atmosphere of anger and hatred. Yet this victory shows that other struggles against Modi can be won.

But Modi is not the only one looking to the forthcoming elections. The Congress Party and the reformist Communist parties also want to use the success of the farmers to win seats. The CPs believe that the BJP can be defeated through an electoral alliance with Congress. Their strategy is wrong for two reasons.

First an electoral alliance with the traditional party of the Indian bourgeoise would only mean political subordination to the Congress Party. Secondly, the elections must be seen as a means to mobilise workers and peasants, women and youth, Muslims and all nationally and socially oppressed sectors against the BJP.

The successful farmers’ struggle has made it clear that only a militant anti-neoliberal movement, rooted in the oppressed sections of society, connected with the workers, the peasants and the poor in the cities and the countryside, can defeat Modi’s highly reactionary government.

The peasant movement has emerged as a powerful alternative to the Modi government. Its victory is a big step forward. But we now need a united front to combat the repressive Labour Code, support Kashmir’s right to self-determination and offer an alternative programme to Modi.

The struggle needs to expand beyond the limits Indian capitalism sets against all fundamental improvements in wages, education and health services, not to speak of the rights of women, Dalits and the nationally and communally oppressed.

Finally it is clear that Modi’s government can be defeated; but for this, the working class needs a political party with a programme, which can turn today’s struggles into a struggle against capitalism.