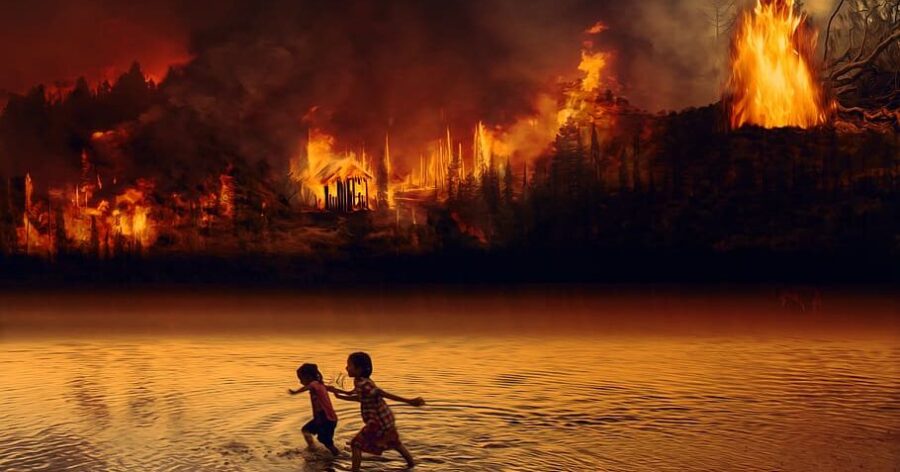 Biden, the Climate Crisis and the Paris Agreement

One of the first executive orders signed by President Joe Biden reinstated the US to the Paris Agreement – an accord between 189 states aimed at curbing man-made climate change.

Donald Trump, a climate change denier, had previously withdrawn from the Agreement, claiming that climate change is a hoax by the Chinese. The Republican Party receives large donations from the United States’ powerful fossil fuel lobby, and denial of the role of carbon emissions in causing climate change has long been common both in the Republican base and amongst its leaders.

The Democratic Party, on the other hand, accepts climate change as scientific fact, and its leaders often hold up their environmentalist credentials in contrast to the Republicans. It was Barack Obama’s administration which took the US into the Paris Agreement, and the possibility of re-joining it was a key argument in favour of voting for Biden over Trump for many progressives.

However, the Democrats are just as committed to the capitalist system that produces climate change as the Republicans.
The Paris Agreement, far from being a solution, is woefully inadequate as a response to the capitalist climate crisis, which threatens the very survival of humanity as a species. The Paris Agreement aims to keep global temperatures below 1.5°C above pre-industrial levels by reducing carbon emissions. Each country is expected to set out a plan to achieve this.

There are, however, no national targets and no mechanisms for enforcement if a state fails to achieve its goals. Furthermore, even if the current signatories meet their own self-imposed targets, global temperatures will still have risen by 3.2°C by the end of the century. Even on its own terms, therefore, the Paris Agreement is set to be a failure.

The capitalist system puts profits ahead of all other considerations, and so long as the use of fossil fuels is profitable, there will be no incentive to curb carbon emissions. Therefore, the states which have signed up to the Paris Agreement are clearly unable and unwilling to set up a global system to effectively tackle climate change.

There are pushes on the left of the Democratic Party, like in the UK Labour Party, for a Green New Deal, which would link measures to build a green economy with those aimed at creating jobs and stimulating the economy. The hope, therefore, would be that popular opposition to green measures would be assuaged.

The problem with this approach is that it aims to work within the capitalist system, and while many of the measures are in themselves worthy, they will leave the economic system which rests on private property untouched.

The most powerful opposition to environmentalism comes, not from average people, but from the capitalists whose profits are threatened by it. Even the most ambitious measures proposed by advocates of a Green New Deal will not be enough to prevent climate catastrophe, which requires a complete overhaul of the world economic system.