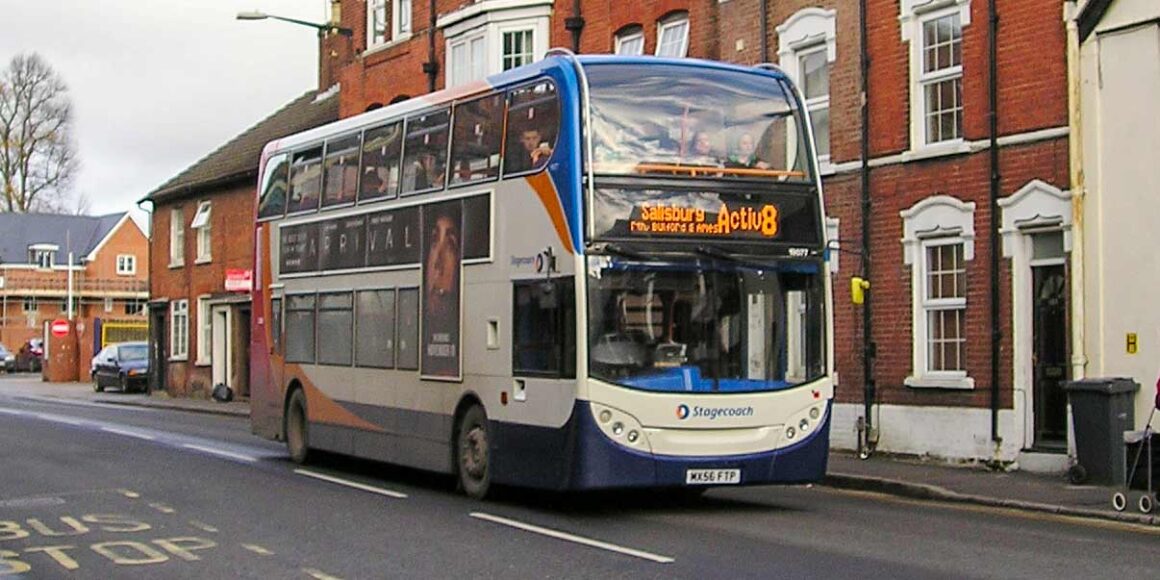 UNITE IS running a campaign among members working in the bus industry throughout Britain.

Drivers and other bus workers in South Yorkshire, Scotland, Manchester, the North-East, Lancashire and Liverpool, South Wales, North West England and North Wales are all engaged in disputes or have been recently.

The issues are broadly the same everywhere – despite working throughout the pandemic and putting themselves and their families at considerable risk as a result, drivers have either not been awarded a pay rise, or have been offered below-inflation increases which amount to a real-terms pay cut. Most of Stagecoach’s local operating companies failed to give the workers a pay rise in 2020. In some areas, such as in South Wales, Stagecoach drivers are paid as little as £10.50 per hour. Unite has demanded Stagecoach meet its ‘fair’ pay claim of the Retail Price Index inflation figure (3.8% in July, though this needs to be updated to 7.1%, the November figure) plus 1%.

Stagecoach operates around 24 per cent of the UK bus market outside of London, plus inter-city coach services including Megabus and the Oxford Tube. The company’s latest accounts show it made a profit of £58.4 million, and it has £875 million of available liquidity. Their pleadings of poverty because of the pandemic are completely false.

The current bid by National Express to take over Stagecoach is also a concern, as there are fears that there will be an attempt to cut costs by attacking workers’ pay and conditions.

Bus drivers across the country often work in shockingly poor conditions. As well as low pay, bus workers also face long hours on the road, with few breaks. In many areas, there are issues with lack of access to basic rest and toilet facilities. In London, ‘remote sign-on’, where drivers will not be paid until they sign on at the cab, may be introduced, which will also allow bus companies to further degrade or shut down drivers’ facilities.

Although this is a national dispute, there has been little attempt by the union to unite the struggles in different areas and depots.

What is needed to secure a meaningful pay rise is a coordinated, national campaign of strike action across the country, rather than isolated, staggered strikes in different parts of the country, that the companies can deal with separately.

In the UK’s highly deregulated privatised transport market, there are several companies contracted by local authorities to provide bus services. To ensure the strikes are as effective as possible, Unite should begin balloting drivers employed by all such companies for strike action, and bring them out at the same time.

Public transport is not the only industry currently in dispute. HGV drivers and other employees in commercial transport are also engaged in struggles over pay and conditions. Unite members delivering to Tesco, Sainsbury’s, the Co-op, Budgens, Londis, Marks & Spencer, Aldi, Very and Castle Cement are all involved in confrontations, or have been recently. There are also disputes in manufacturing, such as those at Weetabix and GKN.

We should take the opportunity to unite all these battles and roll out a fight for better pay and conditions for workers across the country. Unite’s new general secretary, Sharon Graham, was elected on a platform of militancy and workplace organisation. We should hold her to these promises. Strikes in public transport should be synchronised with those in deliveries and elsewhere. Unite should threaten to shut the country down.

Graham also promised to establish shop stewards’ combines to organise the struggle in each industry and develop industrial plans for each sector. With industrial action starting across the country, now is the perfect time to do so.

The fight in the bus industry is not just an issue for bus workers. Britain’s buses are dominated by the so-called ‘Big Five’ companies (soon to be four) – Arriva, Go-Ahead, National Express, Stagecoach and First Group, all massive corporations which profit from an essential public service. While bus workers suffer low pay and terrible conditions, members of the public face an increasingly expensive and inefficient service because of privatisation and profiteering.

Having decent public transport is a key political issue for working-class people and communities across the country – not least in the battle against climate change. Unite should raise the demand, in the Labour Party and elsewhere, for local councils to take back control over routes, as the first step towards full nationalisation of buses and all public transport. It should initiate local campaigns through trades councils and solidarity committees in support of bus workers, and to raise such demands.

An end to ‘start-and-stop’

Unite under Sharon Graham appears to be adopting a ‘start-and-stop’ approach to strike action – calling industrial action in one area, leveraging a better deal (or more talks) and cancelling the strike. While this may bring about limited gains for particular workers, it can leave others high and dry.

These small-scale, localised disputes need to be the first step towards coordinated, national action.

We should demand of the employers:

We should demand of our union leaders: