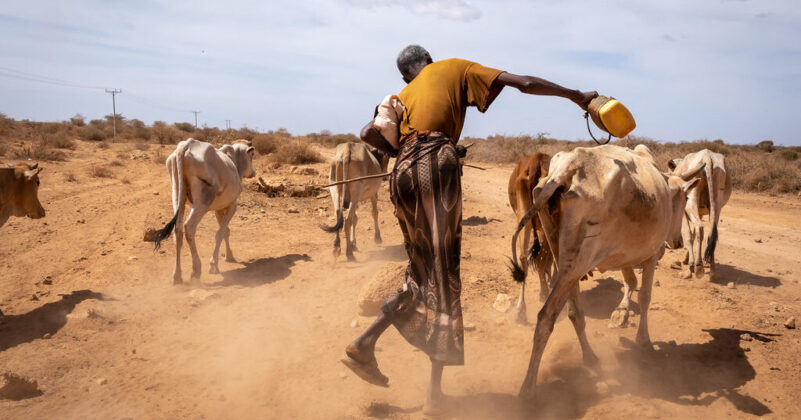 The world is convulsed in a triple crisis, each part interacting with and exacerbating the others. The lethal combination of military conflict, climate catastrophe and economic collapse is threatening to throw whole continents into the abyss.

The six-month war in Ukraine has killed about 10,000 Ukrainian soldiers, between 25,000 and 40,000 Russians and tens of thousands of civilians. There are 12 million refugees and the same number in need of humanitarian aid inside Ukraine. Russia’s invasion has heaped misery on the populations of both nations.

Russia’s blockade of Ukraine’s ports prevented the export of grains, on which the Middle East and North Africa heavily rely, causing price hikes on a global scale. Now the turning off of the Nord Stream pipeline is raising the price of oil and gas throughout Europe and thus the price of all goods that use fossil fuel energy for their construction or transport.

But before the western imperialists cry, ‘They’re weaponising gas’ they should remember that they ‘weaponised’ trade by imposing the harshest sanctions in history on Russia. Then they were gloating about bringing the country’s people to their knees. They should remember too that they gave Putin an imperialist ‘excuse’ by advancing Nato to his borders and wooing Ukraine towards the EU.

The ongoing drought in the Horn of Africa is causing one of the worst famines in living memory. In horrifying contrast the floods in Pakistan are sweeping away the homes and livelihoods of millions, leaving disease and homelessness in their wake. The exacerbated refugee crisis will again see the world’s richest nations turn their backs on the most vulnerable.

Both are the direct result of climate change, as we demonstrate in this paper. Yet the energy crisis in Europe is leading more and more countries, including our own, to open up new gas fields, to increase fracking, and to plead with the Saudis to pump more oil, all of which will throw the world off course to become carbon neutral even by 2050, let alone 2030.

Failing crops and dying livestock represent a deadly failure for the families involved but they also raise food prices on the global market. Even in Europe farmers have been throwing away produce ruined by unseasonal or extreme weather conditions.

All of these events are helping fuel the inflation that is causing the cost of living crisis. But just as the other crises have their specific root elsewhere, so does this one.

An increase in the money supply—by quantitative easing, spending during the pandemic and rolling over ever higher mountains of sovereign, corporate and personal debt—coupled with a decreasing supply of goods, caused by severed supply chains, sanctions and trade wars—and in the UK’s case, Brexit—leads to higher prices.

While inflation is forecast to remain above 5% for the whole of 2023 and significantly higher in the UK and Eurozone, central banks will continue to raise interest rates. This will lead to bankruptcies and recession, which the capitalists hope will frighten workers into accepting pay cuts.

Stagflation—the combination of high inflation and low growth, last seen in the 1970s—is here for some time to come. The increased rivalry between the western and eastern imperialist blocs, the new cold war, will hamper any recovery any time soon.

As we say elsewhere in this issue in Britain this means that trade unionists and socialists need to shake off routinism and adopt militant forms of action and organisation which say in their totality we will not pay for their crisis. In fact we will make the rich pay or we will drive them and their politicians from power.

But this is an international crisis and we need to be part of an international struggle against it. We need to shake off the reactionary legacy of Brexit and build links with our fellow trade unionists in Europe, but also America, where a revival of militant unionism is underway. We also need to reach out to with those in Pakistan and across Africa suffering real immediate climate catastrophes and condemn the anti-refugee hysteria of the billionaire media and the Tory leadership.