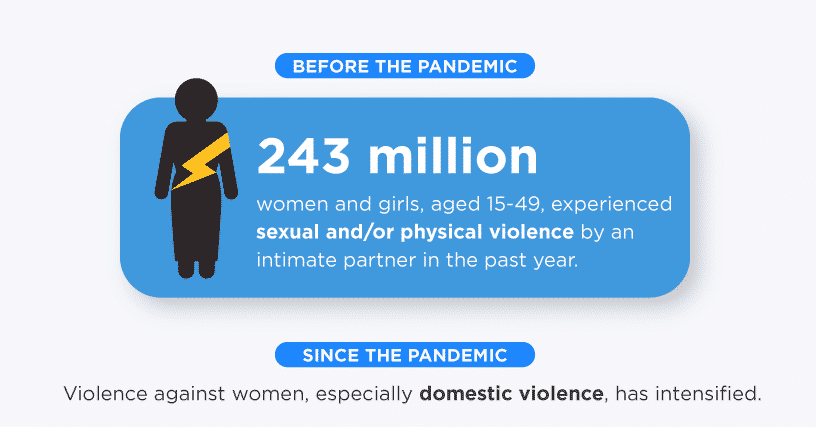 The pandemic is dragging working-class women back to 2017

The pandemic is turning back the clock on women in the workplace, a report released this month shows. The Women in Work Index, published by audit and consulting firm PwC, looked at the gender pay gap, women’s labour force participation and women’s unemployment and full-time employment rate.

It found that progress made in recent years has been reversed back to 2017 levels. Shocking, especially given that the pandemic isn’t even over yet. The report predicts that to return to pre-Covid levels by 2030, gender equality in pay and employment needs to progress twice as fast as before the pandemic.

Women were a third more likely to be employed in a sector that was completely shut down in the first lockdown. For example, women make up 55% of the accommodation and food services workforce, an industry that recorded the highest number of furloughed jobs. Overall, 52% of those furloughed between July and October 2020 were women, despite women making up only 48% of the workforce.

In this month’s Spring Budget, Rishi Sunak extended furlough until September 2021. Though furloughed workers will have breathed a sigh of relief, this is a postponement, not a cancellation, of what is likely to be a massive jobs cull in the autumn.

Gender pay reporting is incomplete for 2020 due to being suspended for the pandemic, but will resume from October. The findings of this report suggest that women have been adversely impacted across the board, so we can expect to see this reflected in pay as well. The pay gap is largest for part-time workers and the report finds that even in 2019 women were far more likely to work part-time than men, with only 64% of women working full-time compared to 89% of men.

Women are more likely to work part-time because the expectation is that women are primarily responsible for childcare, with women on average spending 6 hours more per week looking after children before the pandemic, and 7.7 hours more during the pandemic. The overall level of childcare performed by women each week is roughly equal to a second full-time job, which forces many women to reduce their paid working hours.

Instead of waiting for gradual improvements to the gender pay gap, unpaid childcare issues and unequal employment levels, we must demand immediate action to free women from the double burden of paid and domestic labour.

Free, quality childcare available around the clock would free women to fully participate in work and education without having to resort to part-time, often lower-paid work in order to meet the costs of childcare. Rather than simply publish statistics on the gender pay gap to name and shame employers, an independent commission of workers needs the power to investigate pay and enforce equality.

For those facing unemployment, we need a programme of training and public works with everyone being paid a real living wage. Those employers who declare redundancies should be nationalised, without compensation, under the control of their workers.

While most ordinary people have suffered during this pandemic, millions of pounds of profit have been made and a coronavirus levy on those profiteers, alongside a massive hike in corporation tax and the income tax of the very highest earners, could pay for huge steps towards women’s liberation, and a great deal more.