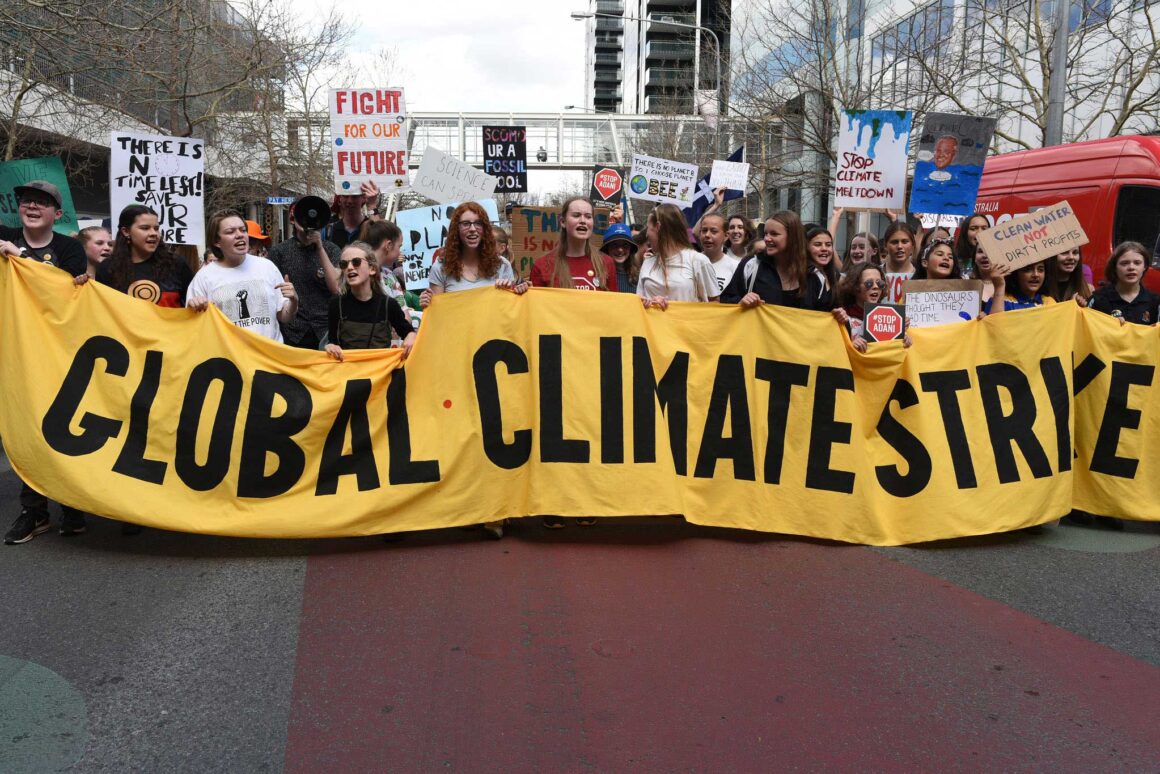 THE COP26 climate conference of world leaders, meeting this month in Glasgow, has been billed as the ‘last best chance to get runaway climate change under control’.

Each government will bring forward national climate plans under the 2015 Paris Agreement to keep global warming below 1.5 degrees Celsius.

Yet even before COP26 could convene two major leaks exposed the hypocrisy and greenwash at the centre of it and how capitalism is driving us towards a climate catastrophe.

First the Pandora Papers provided yet more evidence that the world’s corporations, banks and billionaires routinely exploit offshore accounts to hide their ill-gotten gains, while claiming that necessary measures to save the planet are too expensive or too radical.

Then 32,000 files leaked by Greenpeace show that key polluting nations and corporations were engaged in a massive lobbying effort behind the scenes to water down the UN’s International Panel on Climate Change (IPCC) report to remove or weaken the conclusion that a rapid phasing out of fossil fuels is needed along with stricter carbon emissions targets.

Together they show that the money is there to fund a rapid conversion to net zero and equally that the capitalist class and states will systematically act to maintain their wealth, profits and polluting industries rather than pay for this.

Australia, a huge exporter of coal, lobbied IPCC scientists to remove recommendations to close coal-fired power stations and arguments about the negative impact of fossil fuel lobbyists on climate legislation.

Worse, along with Switzerland, it objected to statements that ‘developing’ countries would require financial support from wealthier countries to reduce carbon emissions. The Saudi government advisor even challenged the idea that fossil fuels need to be phased out at all!

The UK government is not an honest broker either, claiming its CO2 emissions fell by almost 11 per cent in 2020. This disguises Britain’s true environmental impact.

Much industrial activity has moved to poorer countries, along with their carbon output, but the products are imported back to Britain.

Taking this into account, its CO2 emissions in 2018 were 8.05 tonnes per capita compared to China’s 6.28 tonnes—all the ‘great powers’ are to blame, not just China, as the Tories and their media would have it.

Climate change requires a global solution but capitalism is based on private profit and nation states and so can’t solve it. Companies claim net zero conversion would cut profits or bankrupt them.

The imperialist countries protect their own businesses and economies and struggle to offload the costs of carbon cuts onto other countries. Meanwhile the worst effects of environmental degradation fall on the poorer semi-colonial countries, from floods in Bangladesh to deforestation in Bolivia.

But we need to make deep cuts to emissions which fundamentally attack big business. We know that they will lie, conceal and sabotage to fight back—as they have for the past 50 years. So we need to control them by expropriating them, not just here but globally.

Before the pandemic, the climate strike saw millions participate in global days of action. At its peak in September 2019, six million people participated in a week of worldwide protests and walkouts.

Now COP26 puts world leaders back in the spotlight. While local actions are necessary to raise awareness and build the movement, our aims have to be global. The world’s politicians have to change course or we have to change them. An international school strike planned for Friday 5 November and global protest next day will demand the COP26 leaders act. There are demonstrations in Glasgow and across Britain. Glaswegian railway, refuse and school workers have timed their strikes to coincide with COP26.

On the 6 November demos we should hold People’s Assemblies, where students, trade unionists and activists can agree further actions and elect delegates to an ongoing climate action committee, which can build on the momentum of the COP26 protests and develop an effective strategy to fight for net zero. That means turning to the working class. Workers have the power to shut down production, demand the bosses switch to non-carbon technologies and ultimately take control.

Unfortunately Keir Starmer refuses to countenance nationalising the Big Six energy companies, despite Labour conference voting for it. Leader of the GMB union Gary Smith supports airport expansion and fracking, even though his members are exposed to the same environmental catastrophe as the rest of us.

We have to turn out these reformist leaders who put short-term gains before the strategic goal of saving the planet. Revolution and the overthrow of capitalism are the only way to plan the socialist transition to a sustainable economy, eliminating the inequality forever.