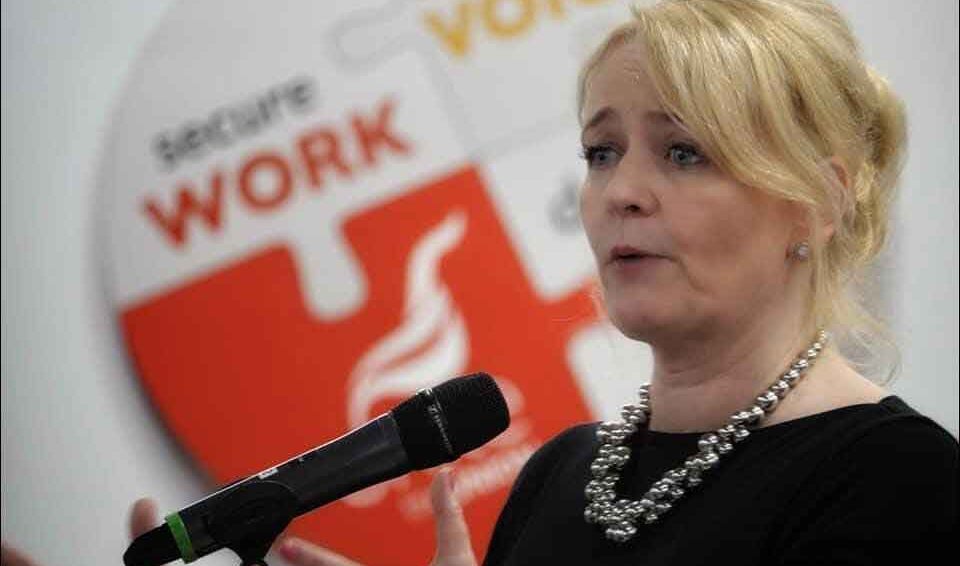 Refuse workers, leadership, and the rank-and-file

DESPITE ALL the start-and-stop action, setbacks and limited victories, it is doubtless the case that there is a growing militant mood amongst refuse workers, which Sharon Graham’s new leadership and its organising drive on the bins has built on.

Unite under Sharon Graham’s leadership has a strategy that seeks to build confidence from the ground up, targeting particular workplaces in strategically important industries and winning victories that can increase confidence and be generalised from. However there are limits to such a strategy.

Starting at the base with small victories in key workplaces can be a very effective way to build confidence within the workforce while working towards larger, more general actions. Building the habit of strike action and confrontation is vital in building a militant workers movement.  But it keeps all the disputes localised and disconnected.  Workers facing many of the same issues, and often even the same employer, are not struggling together. Also, there can be a tendency to take the first concession the bosses make, rather than holding out for more. It can lead to some disputes being isolated.

It is also a concern that the leadership appears overly reliant on “leverage” tactics which, as Coventry shows, may have some limits when faced with a determined (or shamelessly vicious) opponent.

However, despite these criticisms, Unite’s strategy in the refuse industry has no doubt helped energise the rank and file and develop an increasingly militant workforce, as the Welwyn Garden City wildcat shows.

Leadership
The increasing struggles and militancy of refuse workers shows how important leadership can be in the working-class movement. For too long, the British trade union movement has been dominated by leaders who are terrified of upsetting their relationships with bosses and politicians and have stamped down on militancy whenever it has appeared.  If workers are confident that their trade union has a strategy to win and will back them when they take action, they are much more willing to throw their all into the struggle.

Hopefully, the wildcat at Welwyn Garden City is a sign of things to come, and we will see more worker-led action and workplace militancy in refuse collection and elsewhere.  However the flipside of such militant action is that Unite leaders and officials will come under enormous pressure to contain it, for fear that the union itself – and therefore their own well-paid positions – will come under threat. That is why they will do everything to ensure they stay in control of the struggle. While many individual full-timers are dedicated activists, few are able to withstand such pressures from bosses, politicians and more to the point, the union tops who are their employers.

There should therefore be a concerted effort on the part of the left and militant workers within the industry to build sustained rank-and-file organisation beyond the limits of the official union bodies, not just to take on the bosses but to keep our own leaders on the straight-and-narrow.

The combines and sectoral meetings should be organising the kind of solidarity action needed in Coventry, for tactics like mass picketing.  If they do not meet regularly enough or act as venues to build such action, militants in the sector should demand that they do so, turning them into bodies of struggle, or begin to build their own rank and file bodies to supplement the combines and go forward where they won’t.

Beyond the workplace
We also need a political strategy to reinforce our campaigns and strikes over pay and other issues. Politics shouldn’t mean just lobbying Starmer’s Labour, whether that is closed-door meetings, a thankless task with often little result. And public denunciations of Coventry Council and withdrawing money and support at election time are necessary steps but not enough.

At this point the struggle to organise the working class and poor inside and outside the union against the massive cost of living crisis must be a top priority. Local Unite branches and activists can lead the way in setting up Cost of Living Committees that are not closed and top down, routinist bodies of full-time union officials but are thrown open to all the activists and draw in the entire movement from Labour branches and the left to community organisations, anti-racist campaigns to women’s organisations.  They will find if they do so that they are pushing at an open door and meet enthusiastic support in every town and city.

With delegates not just from local Unite and other union branches, but also from organised local offices, depots and other workplaces, we can build a mass working class movement from below and rebuild the unions and solidarity with every strike, including those of our own members on the bins and buses, creating the forces to operate the militant tactics that we need.

Such a movement, immersed in struggles and drawing together local working class organisation, would be in the best position to launch a new, anti-capitalist party and debate a programme to put capitalism and its poverty and precariousness to be forever, through the class struggle and revolution.