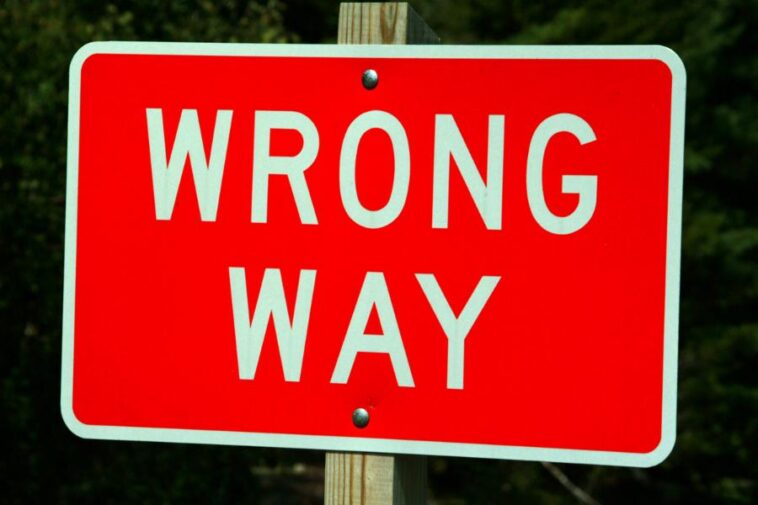 LABOUR’S ANNUAL conference was widely judged a success. Even the normally hostile media were forced to admit that it confirmed Jeremy Corbyn as a credible Opposition leader who had finally succeeded in stamping his authority on the party. The much trailed possibility of open divisions, perhaps even a split to form a new party, simply evaporated in the face of 3,000 plus delegates solidly behind Corbyn’s leadership. This, it was agreed, had all the appearances of a government in waiting.

So much for appearances. It is certainly true that the flood of new members has had an impact on constituency parties across the country, as reflected in the size and political allegiance of delegates. Nonetheless, the success of conference was achieved at the expense of those delegates’ aspirations for radical reform of the party’s internal democracy and an open debate to adopt a clear policy on the most important issue facing the party: Brexit.

As an event, conference was a slick demonstration of what the Corbyn project represents: an incremental left shift in the party’s centre of gravity but one limited by what the Parliamentary Labour Party, PLP, and the National Executive Committee, NEC, are prepared to tolerate and the whole show orchestrated by the key figures in the trade union bureaucracy.

From the top table came promises of free childcare for under-fours, paid leave for domestic violence victims, and an on-trend recycling of Gordon Brown’s ‘Green New Deal’, promising 400,000 jobs. John McDonnell’s keynote speech outlining his proposals for an “industrial democracy” was a set-piece demonstration of Labour’s “radical” common-sense: modest redistribution of profits in return for class collaboration and higher productivity.

A genuinely important shift in party policy came from the floor when delegates defied the attempts of Zionists to smear Labour into silence over Palestine. Constituency delegates overturned Labour’s historic support for Israel’s colonial project, passing a motion expressing solidarity with the Palestinians and calling for a freeze on arms sales pending an investigation into its war crimes in Gaza.

Many of these policies are substantial, if uncontroversial and longstanding demands of the labour movement. Added to previous conference decisions to repeal the anti-union laws and renationalise the NHS, they arm an incoming Labour government with a mandate for breaking with the pro-austerity and pro-imperialist orthodoxy.

But, despite these welcome advances, delegates were frustrated on the critical questions facing our movement and an incoming Labour government. With the help of the trade union bosses, the leadership succeeded in outmanoeuvring the members, denying conference a sovereign vote on the party’s position on Brexit, and gutting the democracy review.

Labour’s membership and voters, along with most trade unions, remain overwhelmingly opposed to Brexit. But, since 2016, opposition to it has been monopolised by the Labour Right, leading many Corbyn supporters to play down the question, arguing that it would give ammunition to Corbyn’s opponents.

This year, “Another Europe is Possible”, AEIP, launched a campaign to give the Left the initiative in opposing Brexit. Their focus was on the demand for a second referendum and resulted in over 150 CLPs submitting motions on this and the wider issues related to Brexit.

In the run up to conference, the Labour leadership set out its position on Brexit: it would vote against any deal which did not pass the “six tests”; if the deal were voted down in parliament it would call for a general election. If it could not secure a general election, putting the deal to a vote in a new referendum was, along with everything else, “on the table”. Tied to this was the often-repeated statement that the party respects the people’s 2016 decision.

At conference, the leadership’s overriding priority was quite clearly to prevent any possibility of voting for any CLP motion that would clarify exactly what policy the party would fight for in either an election or a referendum. Paul Mason in the New Statesman calls this “statecraft” – allowing the party to present both a pro and anti-Brexit face to different segments of its electorate. Red Flag calls it crass opportunism and a position that will be unravelled by events.

Intentionally or not, the AEIP campaign’s focus on a second referendum played into the leadership’s hands because it did not define how Labour would vote in such a referendum.

The leadership got its way via a marathon compositing meeting, in which an eleventh-hour intervention from Jeremy Corbyn swung delegates into accepting a motion that avoided committing the leadership to doing anything it had not already conceded. The composite motion was passed unanimously precisely because it allowed all sides to believe it meant whatever they wanted it to mean.

John McDonnell and Len McCluskey were first out of the traps to spin their interpretation, even before conference had voted! They insisted that the option to “Remain” would not be included in any new referendum. Although this makes very clear their opposition to remaining in the EU, it is actually an absurd position.

In practice, a defeat for May’s proposed deal in the Commons would lead, according to McDonnell and McCluskey, to a referendum for or against that same deal – but Labour would already have voted against it in Parliament and so its only option would be no deal at all, which it has also opposed!

What this all means is that the half million members of the Labour party are not going to have any say in the party’s eventual policy on Brexit. The Shadow Cabinet and trade union leaders are free to fight it out amongst themselves. So much for democratising the party!

The latest statement by the EU negotiators, that a deal might be possible in November, and May’s escape from the Tory conference unscathed, means that a fudge of some sort – remaining in the customs union for two years, for example, could allow her to kick the can down the road, yet again. If such a “deal” comes before parliament and the alternative is no deal, then the PLP will face a dilemma.

Since Brexit is on 29 March, and a general election is not in Labour’s gift, there is a real danger that a section of the PLP will break ranks and vote for the deal to “save the country”. In his Leader’s speech, Corbyn made it clear that he considers it, “inconceivable that we should crash out of Europe with no deal” and even made an offer to Theresa May that, if she delivers a deal, “that includes a customs union and no hard border in Ireland, if you protect jobs, people’s rights at work and environmental and consumer standards” Labour would vote for it. Such a deal is highly unlikely, but his argumentation opens the way to Labour MPs supporting the government.

Len McCluskey coerced his delegation into voting against Unite’s own conference policy for mandatory reselection of MPs in favour of the NEC proposal to reduce the trigger ballot from 50 to 33 percent, on the basis that this was what Corbyn wanted. Despite the change, which may result in a handful of particularly obnoxious MPs being removed, the adversarial nature of trigger ballots, which would take place in advance of any election, when the pressure for party unity weighs most heavily, will prove a major barrier to replacing MPs.

It also avoids the fundamental principle that being a workers’ representative is not a job for life, and MPs who are confident of their record should welcome the opportunity to defend it and seek the privilege of being reselected with a renewed mandate.

The wielding of the union votes led some constituency delegates to boo the unions when the results were announced – very understandably. Some, however, were talking about decreasing the power of the unions in the party. Wrong! The problem is not that unions have a powerful influence on party policy but who in the unions controls that influence.

Breaking the power of the general secretaries over their members and their delegations is what we need to achieve. Labour Party democracy will never become a reality unless there is trade union democracy as well. Nor will it be a reality until the councillors, the directly elected mayors and the MPs are all subordinated to democratic selection and to the political instructions of the party and affiliated members. The Democracy Review proposal to abolish the opaque and bureaucratic Local Campaign Forums, which virtually seal off the councillors and mayors from the direct control of the members, disappeared altogether in the proposals actually put to conference.

Lastly, and crucially, conference decisions leave the minority of left wing MPs the prisoners of a rebellious and disloyal PLP, who will wield a commanding veto over any future Labour government, assuming they don’t sabotage the election campaign as they tried to in 2017. The leadership remains in place, but at the behest of the union bureaucracy and the PLP.

So, once again, a Labour conference has ended without a fundamental and irreversible shift in power and policy in favour of the membership and the base units of the party. Labour’s left policies, its next manifesto, depend on Jeremy Corbyn remaining the leader of the party. Should he fall under a bus, should Labour lose another general election and he resign, the continuing enormous power of the PLP, the union barons, the councillors, would quickly be revealed.

No doubt the leader they would bring forward would be a “Left”, in the sense that Neil Kinnock was a “Left” in the early ‘80s. But the Corbyn revolution would likely be over and the counterrevolution begin. That is why continually passing up the opportunity to break the power of the right and really democratise the party and the affiliated unions is utter foolishness. It demonstrates yet again that the left has to organise itself and develop its policies independently of the top leadership and its acolytes in Momentum.