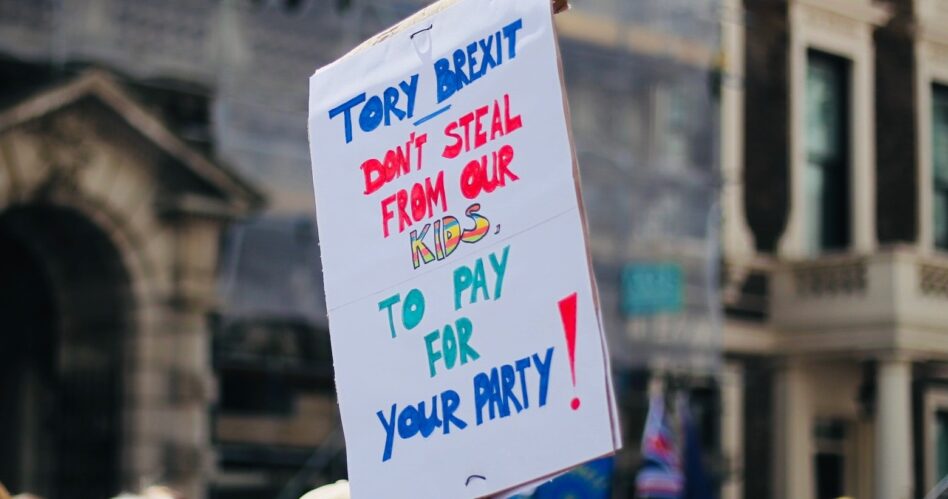 The Workers’ Answer to Brexit

THE starting point for any socialist looking to determine their stance on Brexit is to ascertain whether it is in the interests of the working class.

All other considerations – electoral impact, the finality or otherwise of any given referendum outcome, the attitude to Brexit of the big capitalists or Chukka Umunna – are all secondary or tertiary.

How then to approach deciding whether Brexit is in working class interests? First we need to further define our terms.

The *working class* means not the ethnically British working class, or even workers of many nationalities in Britain, but the working class as a whole. Is it in the interest of that global class of people who must sell their ability to work to a capitalist in order to survive?

The *interests* of the working class includes not just our pay and conditions today, but the impact of any given event on our ability to fight in the future, and in particular our ability to free ourselves from capital once and for all, by creating an international commonwealth of socialist republics in which production is planned democratically for need not greed.

Viewed from this perspective, socialists should oppose Brexit 100% and use any principled means to stop it.

1) It imposes massive restrictions on the previous freedom of workers from EU countries to travel to and work in the UK, and vice versa. This is against the interests of the working class now and in the future

2) It imposes further barriers to capitalist trade between the UK and EU countries, which in turn mean:

a. Higher prices and job losses arising from tariff and non-tariff barriers to trade that will definitely ensue should Brexit take place on anything other than ‘Norwegian’ terms ie Single Market membership. There is and will be no tariff-free access to the single market for non-members of it

So we should oppose Brexit by any means necessary, and make sure we see secondary objections for what they are: secondary.

‘But the EU is an imperialist neoliberal bloc’

Some Brexit supporters who may once have read three pages of Marx or Lenin will tell us that the EU is an imperialist neoliberal bloc. This is true. But it is also only the beginning of wisdom when we confront the Brexit process. Because it will not have escaped the attention of many that the United Kingdom is also a neoliberal capitalist entity, and a decidedly imperialist one too.

Contrary to the odd illusions of countless slightly creepy editorials in the Morning Star, British ‘national sovereignty’ is not a pre-requisite for the struggle for socialism but the liberty of the British ruling class to do as it pleases on the world stage. We can ask our friends in Ireland, India and Palestine if that is typically a positive experience. British national sovereignty has, as they say, ‘a bit of a history’.

Some say yes, anything that breaks up and weakens capitalist international institutions and unity is positive, because these are our enemies. In which case we ought logically to favour not just Brexit but trade wars, real wars and even natural disasters. If these reductio ad absurdums look, well, absurd, it is because it is an absurd argument in the first place. If socialist politics were merely a matter of putting a minus where (some) bosses put a plus, how easy life would be.

Neoliberal globalisation was a phase in the imperialist epoch in which its principal powers sought to create and administer a rules-based international order based on nominally free trade in which the US and its allies were dominant. That rested on the rule of a coalition of centre-right neoliberal politicians who lost their electoral base after the effect of the 2008 crisis finally filtered through, allowing rightwing populists to win mass support around a new programme of protectionism and economic nationalism. That is Trump. And that is Brexit.

What we are talking about is not a progressive challenge to neoliberal globalisation, but its decay and collapse into something even worse, into the nationalism of ‘America First’ and the dystopian project of a Hard Brexit complete with tariffs, price hikes, job losses, deportations and heightened rivalry between states as the ideologues of nationalism look for someone to blame for the disasters their own policies bring.

‘But the referendum! But the opinion polls!’

Bereft of arguments against the simple fact that a hard Brexit means privation and suffering through higher prices, shortages, interest rate hikes and job losses, the ‘Lexiteers’ urgently try to change the subject. One distraction argument is that the EU is imperialist, which we have dealt with above.

Nor is it ‘democratic’. Why? Because the referendum excluded over a million EU citizens living in the UK even though they were normally allowed to vote in other UK elections. Because Vote Leave broke spending rules. Because 16 and 17 year olds who will be massively impacted by restrictions on their future travel, jobs and economic prospects were not allowed to vote (and should be).

But above all, you know what? So what. So what if there was a referendum. If any of the people raising this concern were really opposed to Brexit, really thought it was a bad thing, they’d work to overturn it even if it had got 90% in a referendum.

Imagine something you really hate, say capital punishment or privatisation or war. If there were a referendum in favour would you stop resisting them? Of course not.

And ask your next Kipper or even Morning Star seller, “If the referendum was to remain, would you say we have to accept it?” If they say yes, they’re lying.

Until recently they also said ‘opposing Brexit would lead to electoral catastrophe’ but the recent IPSOS MORI poll showing it’d win us over as million votes and lose us far less has kind of quietened down that argument. As it should, given Remain already had all the big cities, all Scotland, 2/3 of Labour voters and now has all the youth and all the ‘omg I had no idea it would be such a mess’ voters.

Finally, and most invidious, is the argument that we must not stop Brexit because the far right will go wild, building like mad because ‘we stabbed them in the back’. One: to hell with them, we must *never* do anything because we’re scared of them, we have to fight them, crush them, destroy their organisations. Two: they will have a cause celebre *whatever the outcome* of Brexit. If we stop it, they’ll say it’s a stab in the back. If we moderate it or soften it through single market access, they’ll say we robbed them of their true Brexit, it’s a stab in the back. And if we get a full Brexit, then they’ll blame the higher prices, the queues at Dover, the job losses on…the EU and the left. And the Muslims. You know they will.

All the secondary and tertiary arguments against stopping Brexit are weak as water. They do not work on their own terms. And compared to the principal issue – a massive disruption to trade and economic life that turns countries against each other, pushes our culture backwards instead of forwards, harms working class living standards and sets back the fight for socialism – they pale into insignificance.

What would a socialist government do?

The EU would of course rush to point to various treaties and rules against expropriations and state aid – not just EU rules, by the way, but pretty much every one of Britain’s 110 bilateral investment treaties and of course also – dun dun daaaaaa – the WTO’s rules.

So, we’d have a choice. Comply or defy. We could comply like Syriza did in Greece and end up administering horrible austerity and cuts. Or we could defy.

We propose the latter course. Defy all these rules and fight. Appeal to the working class movement in the EU and every other country. Say ‘look, this is what the rules are designed to do, let’s rise up and defy them together.’ Build an international movement around an international programme of socialist measures and international defiance of the capitalists.

What could the EU do then? Well, they could sue us in the EU courts. So what, we could still defy. They could try to expel us. But guess what. There is no expulsion mechanism provision in the treaty, no Article X that says ‘Get Out’.

So they’d be left with their only weapon: renegotiate the treaty and impose trade restrictions on us. They’d need a unanimous vote of all member states, including all the Belgian regional parliaments, some of which are controlled by the left. But it’d be a real threat. Remember, trade embargos are what have impoverished Cuba, and are causing chaos in Venezuela today. Remember: the early Soviet Republic fought for years precisely to secure trade agreements with other countries against a world embargo.

Er – so why on earth would we want to walk out of a trade bloc. Why make it easier for the bosses to embargo us?

Syriza’s mistake was not that they stayed in, it’s that they *caved* in and carried out austerity.

We don’t propose giving in. We propose staying in and fighting. Fighting alongside the victims of austerity in France, Germany, Spain, Italy and yes Greece. Fighting not to break it up and walk out one by one into a hell of competing national capitalist blocs, nor for some milquetoast programme of ‘reforming’ the EU, but fighting together to OVERTHROW the Commission, the Council of Ministers and the institutions of the EU *and the Member States* and to replace them with a Socialist United States of Europe.