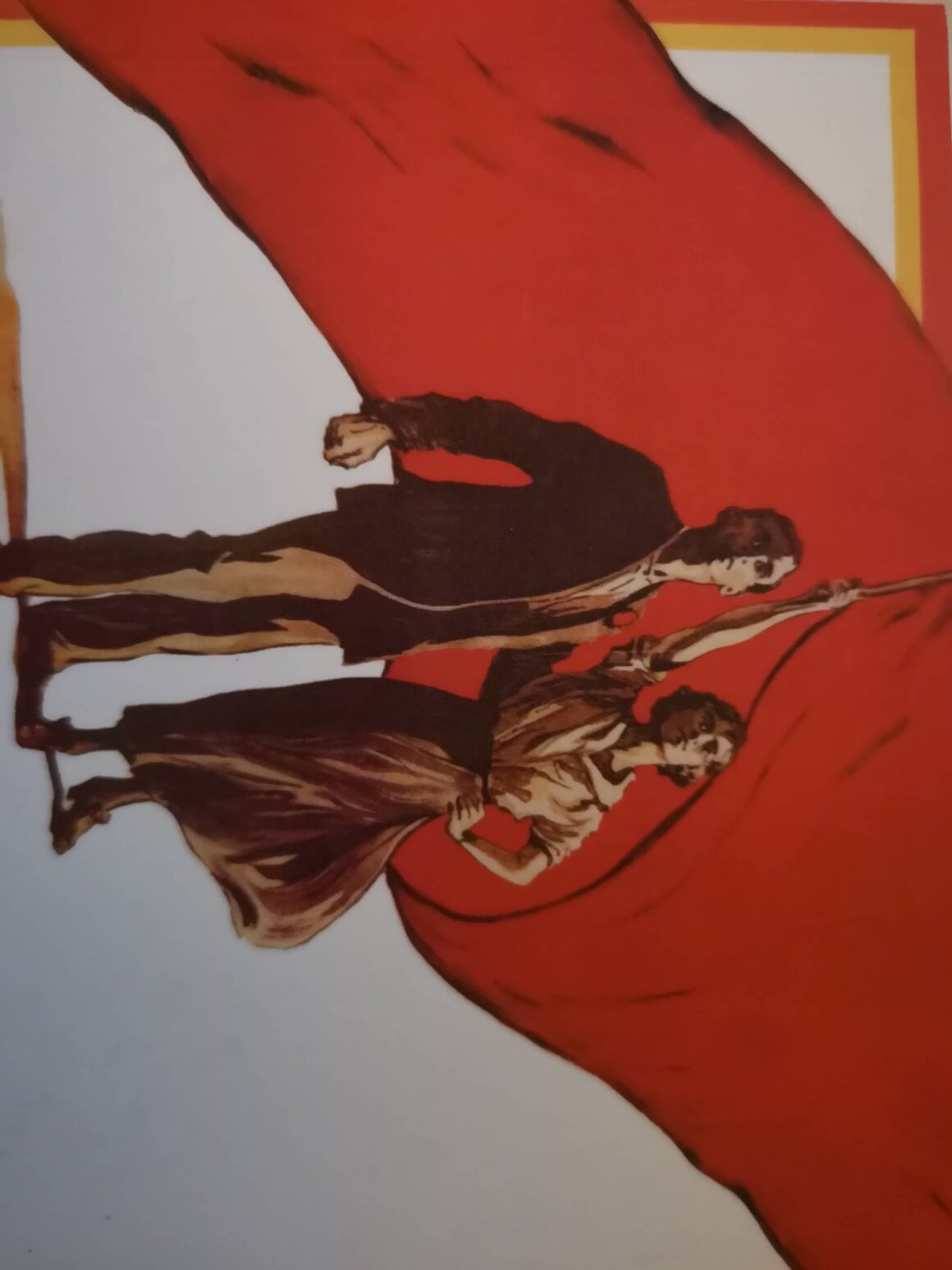 How the German Revolution was lost

A review of William A. Pelz’s A People’s History of the German Revolution

William A. Pelz completed A People’s History of the German Revolution just before his death on 10 December 2017. This book describes the early phase of the 1918-23 German Revolution, focussing on the failed Sparticist Uprising of January 1919, the lead up to it and its aftermath. After the German working-class and soldiers successively revolted, effectively ending the war and overthrowing the absolute monarchy, it entered a period of protracted revolutionary upheaval. The uprising of January 1919 was one in which a radical minority of the working class were provoked into an unsuccessful confrontation with the German state, led by the German Social Democratic Party (SPD), which ended in violent repression.

Pelz rightly emphasises social history, the role of ordinary people’s individual and collective actions in events, over the conservative “great man” approach to history, which focusses purely on the actions and character of leaders. In doing so, Pelz gives a lively narrative which uses contemporary sources and first-hand accounts to offer us glimpses into German working-class life before, during and after the First World War. He also goes to great lengths to highlight the too-often neglected role of women in the revolution, and the conditions they lived under in the period. This method is particularly effective when he debunks myths, such as the idea that there was widespread German support for the First World War. Pelz draws attention to many hitherto unheard working-class voices in opposition to the war, and many acts of resistance to it.

Pelz is on less firm ground, however, when it comes to his political conclusions. Throughout the book he maintains that left’s arguments as to why the revolution failed – its betrayal by Social Democratic leaders, and the lack of a mass revolutionary communist party – are too simplistic, and the situation was “more complex”. He ultimately fails, however, to provide a convincing alternative argument.

Pelz correctly identifies the counterrevolutionary role played by the German Social Democratic Party (SPD) leadership – their undermining and bureaucratic manipulation of the Workers’ and Soldiers’ Councils, their attempt to save the monarchy and hold back the development of a mass revolutionary movement and, most criminally and decisively, their alliance with the military leadership and the far right paramilitary Freikorps, which crushed the uprising with extreme violence, killing many, including Communist leaders Karl Liebknecht and Rosa Luxemburg. His narrative, therefore, seems in many ways to disprove his assertion that it is too simplistic to blame the SPD leadership’s betrayals.

Pelz points to a number of other factors that did contribute to the revolution’s defeat, such as the deep cultural roots of the SPD in the German working-class, and workers’ continued faith in a parliamentary road to socialism, having just won full bourgeois democracy for the first time in 1918. However, while these factors go a long way to explaining many German workers’ attachment to the SPD and the new-born Republic, they further confirm the crucial role that German Social Democracy played. If the SPD had not had such influence over the working-class, their role would not have been so decisive. Another factor Pelz highlights is the side-lining of women in the revolution. The examples he provides, however, are the backtracking and vacillation of the SPD leadership with regards to women’s issues. He also points to the failure of the SPD to purge the old Imperial state apparatus, and an underestimation by the left of the SPD leadership’s willingness to use violence against them. The author therefore seems to contradict himself. On the one hand, he claims that it is too simplistic to put the failure of the revolution down to SPD betrayal. On the other, he gives a myriad of examples of how social democratic politics led to actions which, in his opinion, were crucial to the revolution’s failure.

Other reasons Pelz gives are more objective. He points out that, unlike the 1917 Provisional Government in Russia, the SPD government was not attempting to continue the war. Thus, a major driving force for Russian workers in October 1917 – ending the war – was not there in Germany 1919. He also suggests that deprivation due to the continued British blockade may have demoralised workers and strengthened the nationalists, and that divisions between urban proletariat and rural peasants led to the isolation of the workers. The former may have played some role, although that seems far from certain, and the latter may have become an important issue if the revolution had developed further, but it failed to do so.

Finally, Pelz points to the fact that the German bourgeoisie, unlike its Russian counterparts, were deeply rooted, more cunning, more willing to make concessions when necessary, but able to be ruthless when the opportunity arose. This is undoubtedly true. It does not, however, explain away the role of the SPD, or invalidate the need for a revolutionary party. In the case of the latter, it arguably strengthens it.

It is also on this issue that Pelz falls down. He provides very little argument against the Leninist case that a revolutionary party was necessary to achieving a revolution in Germany at that time, and the failure to build one earlier was a serious mistake, other than that such an analysis is too “simplistic” and that there have been plenty of examples of “Leninist” parties that have failed to produce a revolution. It is, of course, too simplistic to argue that a revolution definitely would have succeeded in 1918-19 if there were already a mass communist party. It is nevertheless the case that the lack of such a party all but guaranteed its defeat. The Sparticists were dragged into a premature confrontation by a militant minority, disconnected from the majority of the working-class and provoked by the machinations of the SPD. All this could have been prevented if such a party, rooted in the working-class and led by its most politically advanced militants, had been formed. Such a party could have anticipated the risks of an early confrontation and been aware of the as-yet unwillingness of the majority of the working-class to participate in such an action. It also may have had the influence to prevent a radical minority running ahead without mass support. It would have been in a better position to agitate for revolution within the working-class, in the hope of carrying out an insurrection at a more opportune moment.

There are many reasons why such a party was not formed earlier. Revolutionaries such as Rosa Luxemburg feared isolation from the mass of working-class people who continued to look to the SPD for leadership, and when that party finally did split, it was not simply along reformist vs revolutionary lines. The anti-war split in the form of the Independent Social Democratic Party (USPD) was a “centrist” organisation, which contained both reformists and revolutionaries. When the German Communist Party (KPD) was finally formed, it was still a radical minority.

However, when Leninists argue that a revolutionary party would have made a crucial difference in 1918-19, this is not simply to indulge in “alternative” history or “what if” scenarios. It is to learn the vital lessons of history, utilising the benefit of hindsight so as not to repeat the mistakes of the past. The German Revolution demonstrates the counterrevolutionary role that social democratic leaders will play and have always played. It also demonstrates the need for a mass revolutionary workers’ party, and that its absence guarantees defeat at the crucial moment.

Of course, it is the case that there were many more factors at play in Germany in 1918-19 than SPD betrayal and the lack of a revolutionary party. Any historical event, particularly one as multi-faceted as a revolution, will be a complex process with many contributing factors. However, the Leninist argument for the centrality of the revolutionary party, and the counterrevolutionary nature of social democracy, are not contradicted by the mere existence of other factors and issues.

Finally, in response to the Leninist argument for a revolutionary party, Pelz says the following:

Left authors tend to stress the betrayals of German Social democracy but typically argue all this could have been prevented with a better (read: Leninist) party organisation for the masses of the revolutionary left. It is true that German Social Democracy’s organisational structures did not prevent the rise of a man like Friedrich Ebert, the first president of the Weimar Republic. But the Bolshevik organisational structures gave us Joe Stalin. It is with a great deal of justice that Friedrich Ebert has been characterised as the “Stalin of German Social Democracy.” This is correct in more ways than one. Both men had much in common such as their pathological hatred of the revolutionary left. It would be as pointless as it would be pedantic to try to guess at which person’s policies led to more death and suffering.

This argument spectacularly misses the point. The failure of the SPD wasn’t just that it allowed a man like Ebert to rise to the top, but that the politics of the SPD leadership were such that they identified their class interests with those of the German ruling class over those of the working-class. This is what led them to drown the German Revolution in blood. When Leninists argue for a revolutionary party, it is not because they believe in the inherent moral superiority of their own leaders, but because such a party is a necessary prerequisite for the working-class seizure of power. The degeneration of the Russian Revolution which led to Stalin’s counterrevolutionary rise to power was its own tragedy, and a result of historical forces well beyond the scope of this review. But Pelz slips here into shallow “whataboutery” rather than historical analysis. It is, to use Pelz’s favourite argument, more complex than that.

All that being said, Pelz’s account of the early stages of the German Revolution remains valuable in its insistence on the role of ordinary working-class men and women in shaping history, and his use of first-hand accounts gives voice to many who have often been overlooked in other narratives. As Pelz eloquently puts it at the end of his book:

Historians have too often contemplated the causes of historical events in the feats and foibles of leaders. In doing so, they deny the agency of ordinary people who, as the German Revolution revealed, have more power than history is accustomed to credit them. The common people make their own history, just not in the conditions they would wish. 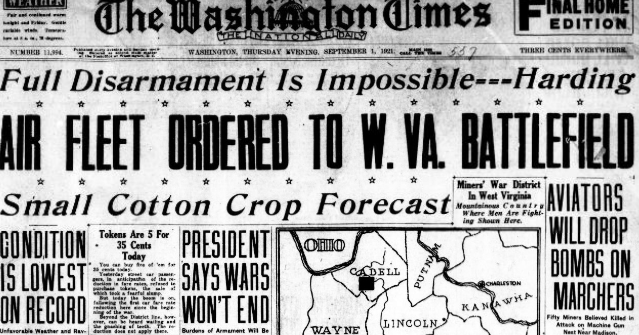 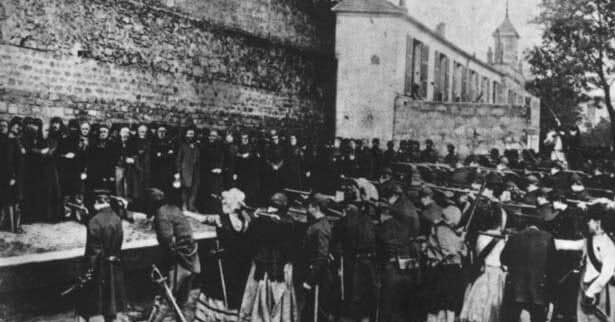