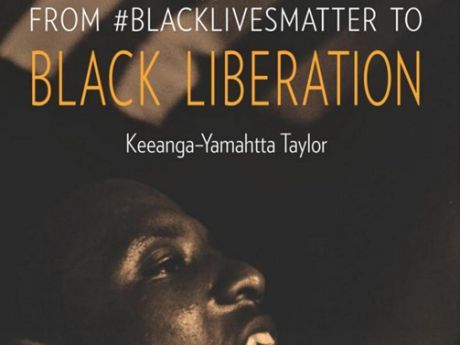 Review of From #BlackLivesMatter to Black Liberation by Keeanga-Yamahtta Taylor, 2016

Keeanga-Yamahtta Taylor, a leading member of the International Socialist Organisation until its dissolution earlier this year, has provided a useful analysis of the Black Lives Matter (BLM) movement that erupted across the US in the aftermath of the police killing of Mike Jones in Ferguson, Missouri in 2016.

In many ways it is a follow-up to the ground-breaking The New Jim Crow written by Michelle Alexander in 2010. Like Alexander, Taylor shows how, 40 years after the great civil rights movement, white supremacists re-forged the chains of black oppression in the US and the central role played by the police and judicial systems.

It is a lively and gripping read. As well as documenting the origins and development of the BLM movement, the key moments of which are studded throughout the book, Taylor also provides valuable historical background:

“In fact, it is impossible to understand the intense policing of Black communities without putting it in the wider context of the War on Drugs and the effects of mass incarceration. Today the United States accounts for 5 per cent of the world’s population but 25 per cent of the world’s prison population. There are more than a million African Americans in prison because Black people are incarcerated at a rate six times that of whites.” (p.5)

This injustice was later augmented by the widespread practice of stopping Black motorists for menial traffic violations, such as a broken tail-light, heaping hefty fines on them and then imprisoning those who cannot pay – sometimes for years, even decades.

This had the handy effect of bringing in revenue for cash-strapped municipalities, while also disenfranchising large numbers of Black men, who as “felons” were automatically struck off the electoral roll for varying lengths of time.

At the same time, this destruction of Black families added grist to the mill for those who blamed Black culture for the continued discrimination against African Americans:

“When Obama talks about absentee Black fathers,” notes Taylor, “he never mentions the disparity in arrests and sentencing that is responsible for the disproportionate number of missing Black men.” (p.143)

Taylor is particularly excoriating when she documents Obama’s role in telling Black Americans to “get over” racism:

“Nobody cares how tough your upbringing was. Nobody cares if you suffered some discrimination. And moreover, you have to remember that whatever you’ve gone through, it pales into insignificance when compared to previous generations – and they overcame them. And if they can overcome them, you can too.” (p.22)

Coming from the son of a senior government economist and an academic, who attended an exclusive private school, and then graduated from Columbia and Harvard, this statement testifies that it is class that allows some people to “get over” the experience of white racism easier than others.

Following Alexander, Taylor describes this as “colorblindness”; the civil rights battle has been won, so any hardship must be down to the individual. And if Black individuals suffer more than whites, then it is down to Black culture. All the while ignoring the institutional racism that pervades American society.

The chapter Black Faces in High Places is a very useful account, particularly when the Democratic Socialists of America is debating whether activists can utilise Congress in the liberation struggle.

One byproduct of the civil rights struggle was the creation of a Black middle class. “Between 1970 and 2006 the number of Black households making more than $100,000 annually grew from 1 per cent to 9 per cent.

The first elected Black politician, Carl Stokes, won the race to be Cleveland’s Mayor in 1967 by deliberately running a non-racial campaign. But within a year, Stokes reacted to a Black uprising by appointing a “white veteran police chief” and spending “tens of thousands of dollars upgrading the weaponry of the police force.” (p.87)

This was not a on-off. Black Democrats continued to betray Black voters’ hopes, culminating in Rahm Emanuel’s closure of 50 schools in Chicago’s Black neighbourhoods and of course, the election of Barack Obama, who, like Stokes 42 years earlier, stood for “all Americans” not Black Americans. And like Stokes, it was Obama’s silence and tacit support for the police murderers in Ferguson that caused the scales to fall from African American eyes.

The election of several Black Democrats gave rise in 1970 to the formation of the Congressional Black Caucus in 1970. Like today’s Alexandria Ocasio-Cortez, Ilhan Omar, Ayanna Pressley and Rashida Tlaib (the “Squad”), they started out on the far left of the Democratic Party. But by 1986, the CBC was co-sponsoring Ronald Reagan’s Anti-Drug Abuse Act, which led to the incarceration of tens of thousands of Black first-time drug offenders.

Without any accountability to the communities and movement they were elected to represent, the Democratic Party used them to garner votes then abused their voters.

What makes Keeanga-Yamahtta’s book of special interest – apart from her excellent chapter on the rise of the BLM movement itself, “A Movement, Not A Moment” – is her attempt in the conclusion to analyse the interconnection between race and class (and gender).

While she quotes approvingly the Third World Women’s Alliance and its successor, the Combahee River Collective’s conclusion that “Although we are in essential agreement with Marx’s theory as it is applied to the very specific economic relationships he analysed, we know that his analysis must be extended further in order for us to understand our specific economic situation as Black women” (p.199), Taylor does not fall into the trap of Judith Butler and other intersectionalists of reducing everything to the individual’s experience of identity, which alone, for Butler, is valid.

On the contrary, she quotes from Marx, Lenin, Trotsky and CLR James, to show that class is primary. She notes that the Communist Party in the 1930s and the Black Panther Party in the 1960s won many thousands of Back Americans to the banner of socialism.

“To claim then, as Marxists do, that racism is a product of capitalism is not to deny or to diminish its centrality to or impact on American society. It is simply to explain its origin and persistence.” (p.206)

It is a distraction therefore to accuse Clarence Thomas or Barack Obama of “performing whiteness” when they are simply following their class interests. Likewise, since more white people suffer poverty or are shot dead by the police, white supremacy exists simply to obscure their class interests from their own eyes.

But here Taylor’s analysis stops short. She simply implores working class whites and Blacks to solidarise with each other’s struggles, claiming that only “competition and the prevalence of ruling-class ideology” stands in their way. She abandons the materialism of her previous analysis and reduces racial oppression to the realm of ideas, without asking where in the material world are these ideas made and re-made on a daily basis.

This is clearly inherited from the founder of the “International Socialist Tradition” Tony Cliff. It ignores the fact poor whites enjoy real, however marginal, material privileges. White supremacist ideas rest on the economic and political heritage of chattel slavery.

Political in that the effects of Jim Crow disenfranchisement survived the 1960s civil rights era, as The New Jim Crow shows. Economic in that Black youth and workers still suffer lower wages and higher unemployment. If you’re white, you can expect to be shot by the police less, to get the higher paid job more, to have your mortgage application accepted. White workers, especially the less skilled, see the struggle for equality as meaning levelling down for them.

The ideology of white supremacy is thus a justification of privilege and a fantasy compensation for white workers’ (and lower middle class’) own economic deprivation and insecurity. Trade union consciousness only goes so far in combatting this spontaneous racism.

A fully class conscious outlook, which sees the roots of exploitation, inequality and racism in capitalism, is necessary to make white workers anti-racists. Only if white workers can be won to a programme of levelling up the material benefits and political rights for Black workers, can working class unity be forged.

In a recent article Five Years Later, Do Black Lives Matter? Taylor compounds her error. She analyses here not the rise of the BLM movement, but its fall as a mass movement. Why has this happened?

She points to the “horizontalism” of the movement that has left it without a centralised leadership or accountability of its activists (a feature she glossed over as a positive in her 2016 book). She also, rightly, points the finger of blame at the corruption of its leaders with Foundation money from big business.

But her answer is simply to draw in more activists with ever-bigger demonstrations, oblivious to the fact that, on their own, mass mobilisations have failed to decisively shift the balance of power, and it was this reliance on the spontaneity of the movement to generate the political answers (another trait inherited from the ISO) that led to its demise in the first place.

The history of the workers’ movement is littered with mass movements that failed because their leaders could or would not go beyond the limits of the spontaneous consciousness of the movement.

The lesson for socialists is to build a fighting organisation – a revolutionary workers’ party – that can train cadres and arm them with a coherent, revolutionary strategy able to win workers, Black and white, to a common struggle for racial equality and socialism.

That task still stands before us. But when it is achieved, the twin pillars of imperialism and racism will indeed be shaken to the ground.