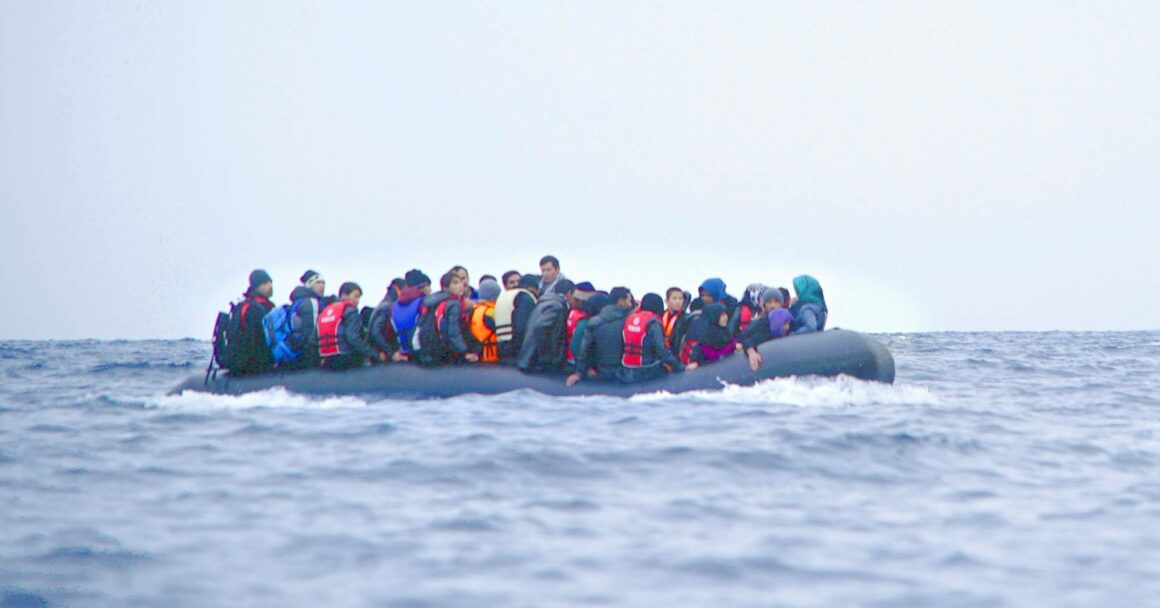 Halt the tragedies in the Channel – let the refugees in

In the latest tragedy in the English Channel, at least 27 refugees, including five women and a young girl, drowned when their inflatable dinghy capsized in the icy waters. French and British ministers have taken the opportunity to blame each other; the only thing they can agree on is to point the finger at the evil people smugglers who exploit desperation and misery.

“Why did France let them leave its coast?” say Boris Johnson and Priti Patel. “Why have the British not opened offices where they can legally apply for admission?” asks Emmanuel Macron. Coming from those who are largely responsible for causing the desperation that forces so many to flee their homes, this is just shameless cynicism, pandering to racism.

Meanwhile, Patel is looking for some sort of legal cover for ordering the British navy to “push back” the dinghies into French territorial waters, a breach of maritime law which dictates an absolute duty to rescue them. The British right wing papers meanwhile carry screaming headlines telling her to “get a grip” and to “protect Britain from invasion”.

It is certainly true that many more refugees have crossed the Channel this year. By July, the number exceeded the level for the whole of 2020 and in November there were more than 1,000 arrivals for the first time. The cause of the rising number of crossings is the blockading of all other means of travel. The British government cynically calculated that the dangers of sea crossings would deter many from making the journey, especially during winter.

Another major factor is the constant warfare in Afghanistan, Yemen, Ethiopia and Sudan, not to speak of the economic impact of Covid across Africa. Many refugees have come from overflowing camps in Iran and Turkey, which have taken in millions from Syria and Iraq.

Britain, France and the United States bear a heavy share of the blame for bombing, invading and imposing harsh economic sanctions on a series of countries in the region. Now, the Western powers have withdrawn all aid and finance from Afghanistan, holding ransom the country’s gold and currency reserves, having transferred them to central banks in Frankfurt, London, Paris and New York.

They are using starvation as a weapon against the Taliban who are in turn driving people to flee from their repressive regime. Language factors (the prevalence of English as a worldwide lingua franca) and family members in Britain, make it a natural goal for those seeking safety or, indeed, work, which would allow them to send remittances to their families at home.

Britain and France ignore the indisputable fact that the “illegality” of these unfortunate people lies precisely in their own heartless refusal to grant entry to those fleeing war and famine, as they are obliged to do by international law. The British will not open offices where refugees could register requests for asylum before they reach the Channel. In France, they are not even given decent temporary accommodation or allowed to camp. Instead, they are left in squalid makeshift shelters alongside roads or in forests. The only help is from volunteers with a sense of human solidarity.

If they do reach Britain, they are held in detention centres. Priti Patel even wanted to have them detained in redundant cruise ships off the south coast until an outcry stopped her.

On the other side of Europe, refugees are being treated as pawns in the struggles between the EU, Poland and Belarus, in blatant defiance of all their solemn declarations of human rights and the common duty to offer asylum. Britain has even sent troops to the eastern borders of Nato to bolster resistance.

Socialists and trade unionists in Britain, France and the whole EU must call an end to this horrific game. Europe’s and Britain’s borders, on land, sea and air, should be opened to all those seeking asylum from war, repression and economic distress. Those “illegals” already here, must be given refugee status and access to health and social services, education and housing. Labour parties and trade unions should make them welcome.

The media unions should halt the presses and pull the plugs on the papers and broadcasters inciting fear and hatred of these suffering people, just as papers like the Daily Mail did with the Jews fleeing Hitter in the 1930s. Most of these people had no wish to leave their homes, their jobs, their families at horrific risk.

The Western powers who are holding Afghanistan’s reserves must release them. Western NGOs must be allowed to resume medical and food aid. The immensely wealthy imperialist powers must send aid to the countries suffering from Covid and climate change. This would be only the most minimal reparation these countries deserve after centuries of exploitation by European and North American colonialism and imperialism.