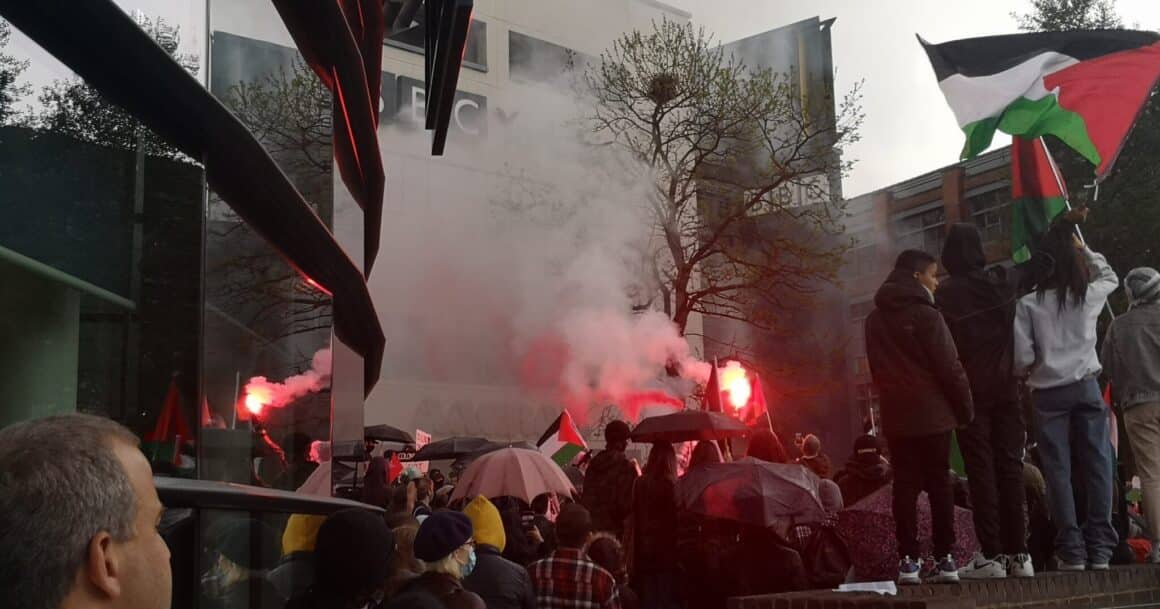 AS THE ISRAELI military bombards defenceless Gaza, Zionist mobs are terrorising Israel’s Arab population. We must make it impossible for our governments to continue propping up this apartheid regime.

The bombardment is supposedly in retaliation for rockets fired into Israel by Hamas, which have killed six Israelis. The disproportionate and indiscriminate attacks by the apartheid state are a form of collective punishment of Gazans for showing solidarity with Palestinian demonstrators beaten by police in the Old City and on the Temple Mount Jerusalem. But the roots of the latest flare up lie in a familiar story; the attempt to demolish Palestinian houses and change the ethnic composition of yet another district of the city.

For weeks, residents of the East Jerusalem district of Sheikh Jarrah have been resisting attempts by police to evict Palestinian residents from their homes in favour of Israeli settlers. Between 2004 and 2016, 685 Palestinian homes in Jerusalem were demolished. 2,513 people were made homeless. The occupation authorities plan to build 200 settlement units on land clearances in Sheikh Jarrah.

In another transparent provocation, right wing Zionist organisers of the so-called “Day of Flags” march, held to celebrate the 1967 capture of Jerusalem by Israeli forces, threatened to go through Palestinian areas of the city. The editorial of the liberal Israeli daily Haaretz says it is always “characterised by racist chants, hateful songs and violent assaults on Palestinian passers-by and property”. When Palestinian demonstrators tried to block its entrance into the Old City, police using stun grenades and water cannon injured dozens of protesters. Hamas claimed its first rockets were a response to this.

Israel’s Western allies, who prop up the state militarily and financially, have called for “de-escalation”. But none of them will lift a finger to force the Israeli government to stop the illegal and bloody oppression of the Palestinian residents of Israel, let alone those living in the occupied territories.

Under the Donald Trump administration and its “Deal of the Century”, Jerusalem was officially recognised as the capital of Israel. This was clearly an invitation to the Zionist government, authorities and courts, as well as right-wing settlers, to push ahead with the annexation of East Jerusalem, regarded by the Palestinians, and international law, as the capital of a future Palestinian state. But under Joe Biden, too, Washington is blocking a UN Security Council resolution as long as it contains criticism of Israel’s bombardment of Gaza or any call for it to stop.

What is being concealed in Western media coverage of the “Israel-Palestine conflict” is who the aggressor really is. The relentless clearing of Palestinian homes in East Jerusalem is only a part of their systematic expulsion from their ancestral homeland and the national annihilation of the Palestinians by a ruthless settler state. Those Palestinians who have not been driven across Israel’s borders are second-class citizens in an apartheid state.

The struggle for Sheikh Jarrah and Al-Aqsa is the spark that could ignite a state-wide powder keg. In numerous cities in the West Bank, youth, workers, farmers and the impoverished masses have taken to the streets. In Nazareth, Kafr Kana and Schefar’am, riots have broken out. In Gaza, thousands marched to the hermetically sealed and highly militarised border, where more than 200 Palestinians were killed and 13,000 wounded by Israeli snipers during the Great Return March protests in 2018 and 2019.

Sporadic rocket attacks on Israel by Palestinian resistance organisations are desperate actions in an asymmetric war. They can be little more than a symbolic demonstration of the determination of the Palestinian people to continue to resist. The fact that rockets have reached not only Ashkelon but Tel-Aviv and Jerusalem, however, reminds Israelis that they are not completely invulnerable under the “iron dome”, funded in large measure by the USA.

Palestinian resistance is legitimate in all its forms, and we clearly distinguish between the violence of the oppressors, the Israeli state and its army, and that of the oppressed. We stand in total solidarity with this resistance.

A new Intifada is in the air, carried out by a new generation of youth.

The key questions are how can it spread, how can it win? The 700,000 illegal settlers in the West Bank and East Jerusalem, plus the Apartheid Wall, have made facts on the ground that it will be difficult to reverse. Egyptian and Saudi collaboration with Israel has also put the Palestinians in an increasingly desperate situation and exacerbated the crisis of political leadership within the fragmented PLO, Hamas, the Palestinian left and the working class.

Though the Palestinian Authority and Hamas both declare their support for the resistance in East Jerusalem, the collaborationist PA remains an instrument of Israeli oppression of the Palestinians. Fearing a Hamas victory in the West Bank, it has postponed every election since 2006. But Hamas also has no strategy for victory and offers a reactionary, religious perspective hostile to women, youth, secular Palestinians and Jews.

Caught between the collaborators of Fatah and the dead-end of Hamas’ Islamist guerillaism, a new generation of fighting Palestinian youth are taking up the challenge. They will need to forge a new leadership, one with a strategy to broaden the uprisings into a new intifada that includes a general strike in the workshops and in the fields and the cessation of any cooperation with the institutions of the occupation power.

The solidarity of the working class and oppressed in the countries of the Middle East will be critical in putting pressure on Israel and its military machinery through strikes and refusal to transport goods or carry out financial transactions. This, combined with mass solidarity demonstrations, will expose the reactionary Arab regimes in Egypt and Saudi Arabia, or the supposed friends of the Palestinians like Erdogan or Khamenei, and make the working class the leading force in the struggle against Zionism.

Finally, the working class and the left in Britain, the USA and EU and the other imperialist states should take to the streets in solidarity with the Palestinian people and increase pressure on Israel to stop the air strikes on Gaza and the repression in East Jerusalem through strikes and boycotts of transport.

The solidarity movement should expand its scope from boycotts of the illegal settlements to all aspects of the settler state. We need to reject the argument that anything that harms Israel is by that very fact antisemitic. Real antisemitism, even from “anti-imperialists and anti-Zionists”, is an enemy of the Palestinian cause. But the growing number of Jewish supporters of the Palestinian cause proves the claim that Israel is “the state of the world’s Jews” is a lie.

The bombardments by Israel, part of its cruel blockade and siege of Gaza and the remorseless increase of settlements in the West Bank have buried any hope for the so-called two state solution. In the face of the expulsion, aggression and intransigence of the Israeli governments, it is proving to be not only reactionary, which it always was, but also quite simply completely illusory.

The only possible democratic solution is the dismantling of the apartheid system and the racist basis of the Zionist state, granting the right of return for all Palestinians and the establishment of a bi-national state based on full legal equality for all, Muslims, Jews, Christians.

The imperialist states, such as the USA, Germany, Britain and the EU, must be forced to bear the costs of this return and the construction of the necessary infrastructure and housing. For this to take place without further inflaming nationalist antagonisms, this democratic revolution must be combined with a socialist one, the expropriation of big capital and big landownership. 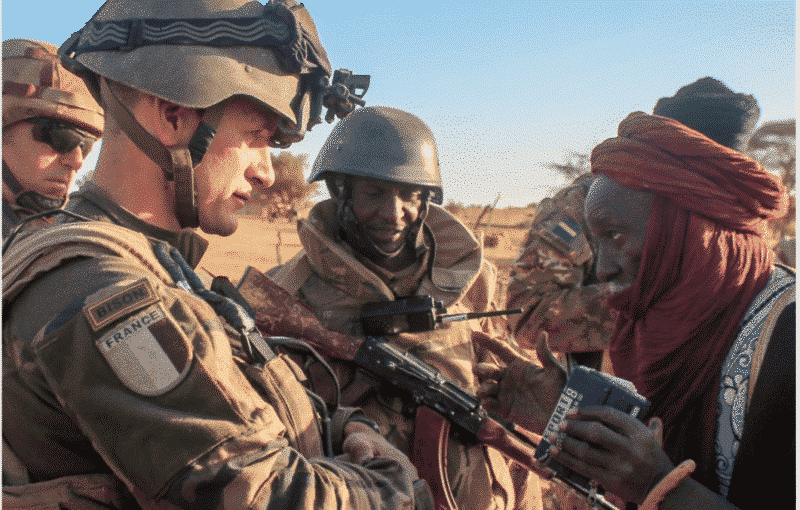 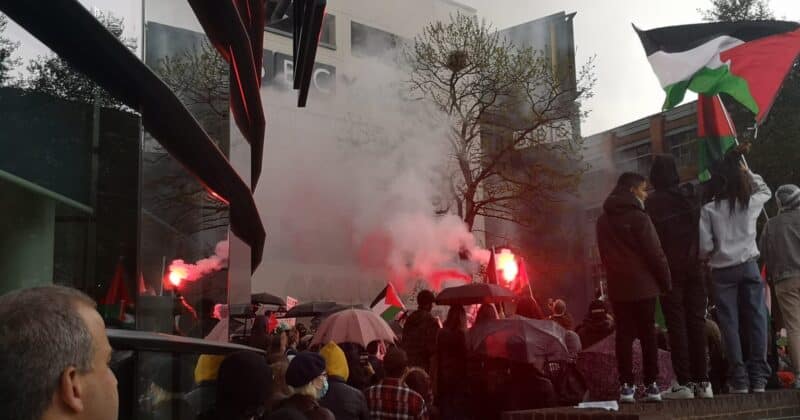