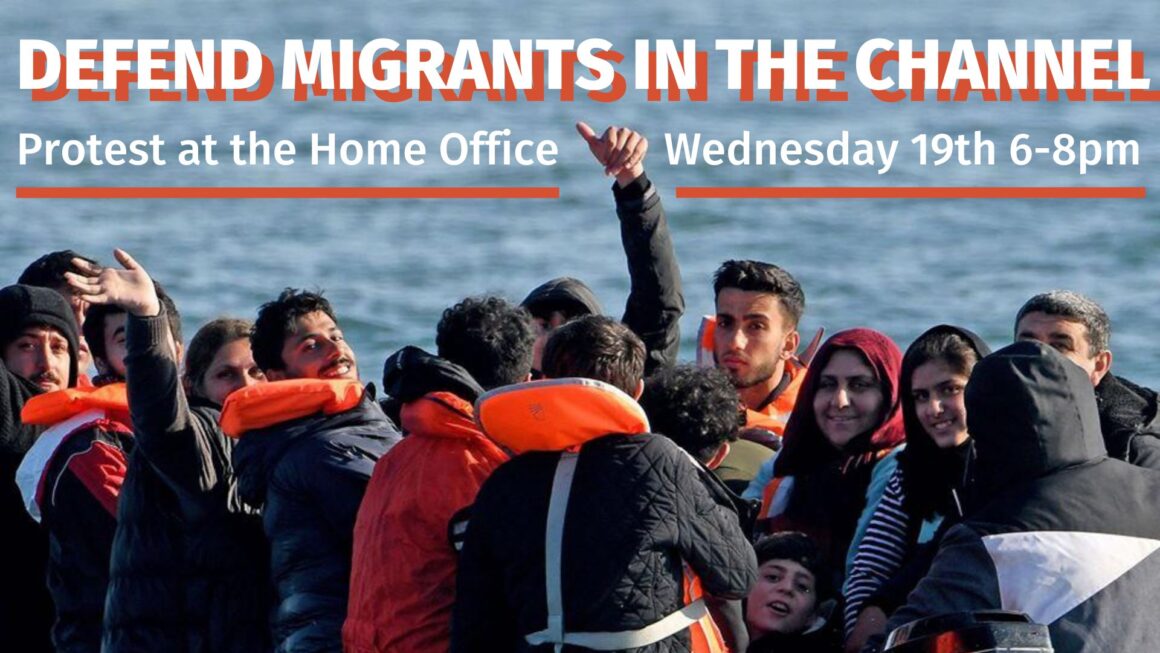 End the senseless slaughter, send aid not warships to migrants in the Channel!

The Tory government and hard-right press have in recent weeks launched a xenophobic, scaremongering offensive against some of the most vulnerable people in the world: migrants crossing the English Channel fleeing war and poverty which is a direct result of British warmongering and western imperialism.

It is no surprise that the capitalist press have seized upon the opportunity to exploit the crisis in the Channel and stoke up racist, anti-migrant attitudes to cover for a government presiding over the second worst coronavirus death toll in the world. As the government’s shambolic management of the crisis plunges the country into the worst recession on record, the crossings have provided the perfect scapegoat, with Priti Patel threatening to send in warships to turn the boats back to France.

In an utterly macabre spectacle, journalists flocked to the Dover Strait to broadcast live coverage of overloaded dinghies of pregnant women and children making the journey to the Kent coast, one of the most terrifying ordeals a person can go through reduced to a sensationalist media circus.

The purpose of these broadcasts was not to highlight the plight of these migrants, not to discover why they have fled their homes or what could motivate someone to take such a deadly journey. Instead of being victims of a world order that has destroyed their lives and left them with no alternative, these seaborne chases perpetuate the narrative that these people are foreign trespassers who must be surveilled or possibly left to drown.

The Labour leadership, now courting the votes of racists and social conservatives, have remained relatively quiet throughout, with Angela Rayner bizzarely criticising the government for “getting our borders muddled up”, and Shadow Immigration Minister Holly Lynch commenting on the “lack of grip and competence shown by the government” and demanding the government speed up its “action plan” to deal with the crisis. The current Labour front bench have no interest in saving those risking their lives in the Channel, but merely wish to paint themselves as the more “competent” administrators of lethal immigration controls.

The Labour left’s response has been lacking too. Whilst Momentum have expressed sympathy with the migrants crossing the Channel, the organisation’s newly elected leaders have failed to pressure Starmer’s front bench to comply with the free movement policy passed by Labour members at the last conference. Momentum must now mobilise its membership against Keir Starmer’s fence-sitting, and engage Labour members in the fight against the hostile environment and for free movement, as the party has been democratically instructed to do.

In anticipation of the Labour leadership’s likely inaction, it is the duty of the entire labour movement to fight against the misery and death being forced on those crossing the Channel. Their inhumane treatment must be recognised as being intrinsically bound up in racial violence which triggered global protests after the murder of George Floyd, and tied up with the capitalist world order which requires those in countries suffering from famine, war and climate devastation to remain oppressed.

Join Red Flag and other activist groups at the protest tomorrow, 6pm outside the Home Office, Marsham Street, London to speak out against the racist treatment of those crossing the Channel.

Migration is not a crime! Open the borders! No human is illegal!