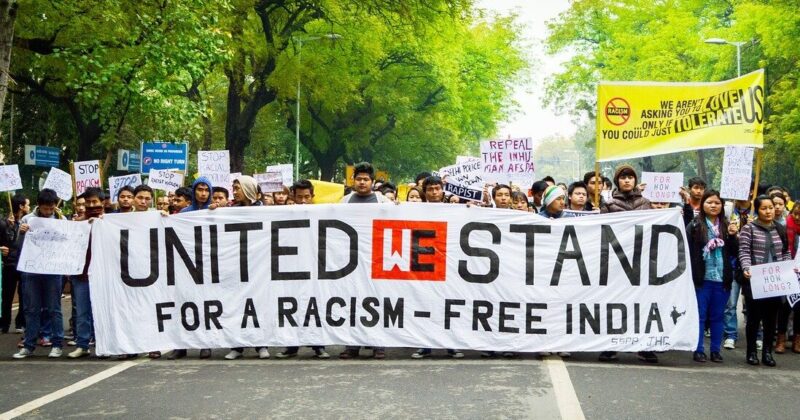 The farmers’ protests and general strike in India have given a glimpse of the potential for struggles of the working class and small farmers to cut against widespread Islamophobia and communalism.

India’s ruling party, BJP, espouses a Hindu nationalist ideology referred to as Hindutva, translating to “Hindu-ness”. In pursuance of making India a Hindu rashta (“nation”), they have passed a series of anti-Muslim laws and whipped up Islamophobia in the majority Hindu population.

In December 2019, the BJP’s Citizenship Amendment Bill (CAA) was passed and met with widespread student protests. CAA excludes the right of Muslim migrants from surrounding countries to apply for citizenship. The law explicitly allowed Hindus, Sikhs, Buddhists, Jain, Parsis and Christians from Afghanistan, Bangladesh and Pakistan to apply for citizenship, but not India’s migrant Muslim population.

The BJP otherised protesters as “Pakistani lackeys” and derided the secularist demands of student protests as “pseudo secularism” aimed at dividing the Hindu population. Protests were met with police repression. In February 2020 alone, fifty protesters were shot by police. The protests died down in March as the Covid-19 pandemic took hold.

The government used the pandemic to attack workers and farmers’ rights. Modi’s long-planned economic reforms included slashing employment rights and social spending, an increase to the working day from eight hours to twelve and the privatisation of the railways, coal and Air India.

Against thebackdrop of these neoliberal attacks, rising unemployment, unpaid wages, inflation and a dramatic recession, Social Care workers began to strike over PPE shortages and unpaid wages, and were joined by other unions in one-day anti-government strikes and protests through the summer.

It was the government’s attack on the small farmers, however, that sparked the largest general strike in history. Modi’s government introduced three farms bills that would impoverish small farmers to the benefit of large scale agribusinesses. After provincial protests were ignored, on 25 November 2020 hundreds of thousands began the Delhi Chalo (Let us go to Delhi) March, bringing the problem to the government.

The one-day general strike in support of the farmers’ protests rallied an historic 250 million workers and peasants and was followed up with a national shutdown on 8 December. The BJP initially responded to the protests with violence and fear mongering.

Farmers were attacked by police and paramilitary with batons, water-cannon and tear gas. The BJP branded the farmers “Khalistani terrorists”, implying that the real aim of these majority Sikh Punjab farmers was the establishment of an autonomous Sikh homeland. Conspiracy theories that they were Muslims in disguise spread across social media.

However, the invocation of separatist conspiracies or foreign influence had seemingly little effect on the protesters. A viral video by Indian journalist Rana Ayyub showed Muslim farmers praying in the street, while fellow protesters formed a protective circle around them. Doctors from Aligarh Muslim University medical hospital provided medical care to the farmers and Muslims have been visible on protests in both Delhi and the provinces.

In the face of enormous popular, cross-community support for the protests, the line of attack softened, with the protests accused instead of being unwittingly misguided by vested political interests but with little success. The government was forced to negotiate with the farmers’ leaders, though these negotiations have so far come to nothing and the farmers remain camped outside Delhi.

The spontaneous solidarity between communities, born of the collective interests of the Indian workers and peasants to resist the government’s neoliberal onslaught, has thwarted the BJP’s tried and tested “divide and conquer” methods.

To rescue the farmers’ struggle from failing negotiations and resist the government’s wider programme of attacks, the working class must once again mobilise, escalating from a one-day general strike to an indefinite strike that paralyses the country. Such a strike could be organised and led by action committees at work, district level, neighbourhoods and villages, including labourers, small and medium farmers and landless peasants.

Against the traditional and divisive communitarianism, the example of anti-CAA protests should be followed, with no separation into different bodies on the basis of religion, nationality, caste and gender.

The CAA law, anti-conversion laws and threatened National Register of Citizens are an integral part of the BJP’s agenda – the Modi government relies on popular Islamophobia to keep him in power while he restructures the Indian economy in the interests of the capitalist class.  The struggle against Modi cannot be simply an economic one, but must also be a fight against the scapegoating of, and discrimination against, India’s Muslim population. 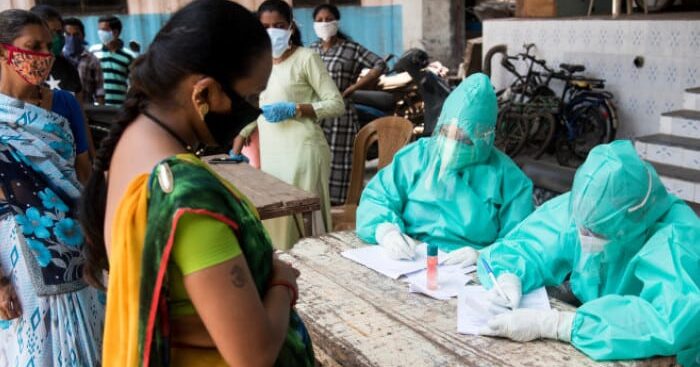