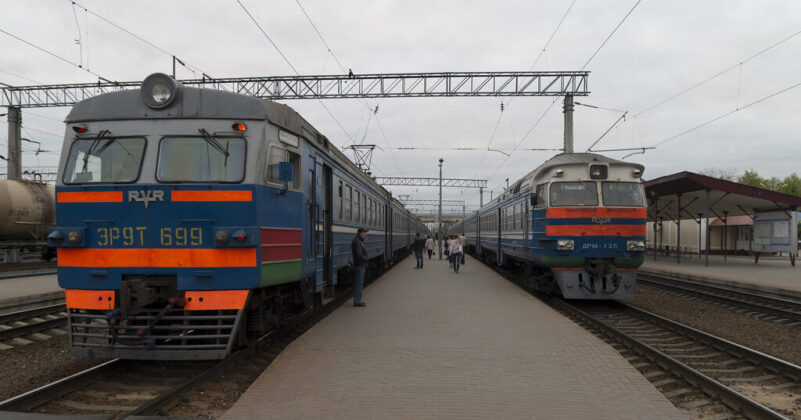 In March and April, the Russian army stood at the gates of Kyiv, but Putin’s invasion of Ukraine stalled. A few weeks later, Russia had to withdraw from the area around the capital.

The partial withdrawal was mainly due to the fact that the Russian army was in a much worse position against Ukraine, which had been armed by NATO states for almost eight years, than Moscow had hoped. The military aid from NATO and the US clearly came as a shock to the Russian generals.

In addition Ukraine’s resistance was tactically and morally very strong. Russia removed its troops and concentrated them in south-eastern Ukraine. So far, so well known.

The British press barely mentioned the resistance in Belarus, where rail workers had disrupted and partially interrupted train traffic and thus Russian military transports to Ukraine.

Train drivers refused to serve; points, tracks and switchgear were sabotaged. Now three of them are threatened with execution: Denis Dikun, Dmitry Ravich and Oleg Molchanov.

Whether or not they are themselves railway workers or other opponents of the war is not entirely clear from the limited reporting, but that is a secondary matter. Their resistance to the aggression of Russian imperialism was entirely justified.

The Lukashenko regime in Belarus now wants to set an example against those who dared to oppose Russian imperialism and those who have organised protests against the Minsk government. In fact Russian troops now occupy large parts of Belarus following the failed democracy movement of 2020, adding to the sense of national grievance.

It is not for nothing that President Aleksandr Lukashenko extended the use of the death penalty in May to those ‘preparing and attempting an act of terrorism’—a direct response to the sabotage actions on the railway network.

These reactionary verdicts call for our solidarity. Leftists and internationalists throughout the world should hold rallies in front of Belarusian embassies and demand the immediate release of all prisoners in Belarus and Russia who resisted the war.

Equally important is the demand that deserters are not persecuted. Likewise we should demand the withdrawal of anti-strike legislation President Zelensky has introduced under cover of the war.

Resistance and protest against this imperialist conflict is justified. The Belarusian ‘railway partisans’, as they are known, are role models who took action despite their dictatorial regime.

We want to underline this in particular because, while the press in Nato countries such as Britain declare every protest against the Russian army to be right and just, the protest against Nato is immediately considered Putin-friendly and pro-Russian. Often there comes the inevitable accusation that by protesting Nato we are abandoning the Ukrainian people.

We reject this. The Nato states, like Russia, are pursuing their own imperialist, geostrategic goals, as shown not only by the sanctions policy, but also by the massive rearmament and eastward expansion of the alliance.

Just as socialists in Nato countries must fight against the reactionary goals of their respective national ruling class, we must also show solidarity with all resistance against Russian imperialism. These brave class fighters and internationalists are fighting under much more difficult conditions than us in the West.

Solidarity with the opponents of the war in Russia and Belarus is an internationalist duty of the entire left and the workers’ movement. Likewise we stand in solidarity with Ukrainian workers and farmers taking up arms against the Russian army.