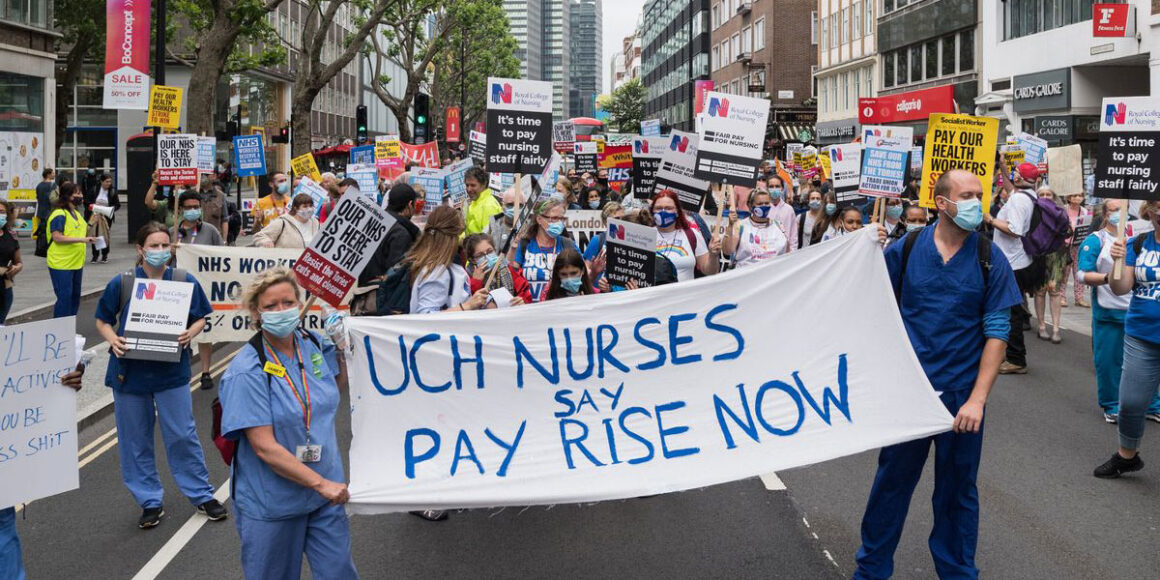 THE WORKING class is facing the most serious attack on its living standards since the introduction of austerity after the financial crisis of 2007–8.

Workers have responded with the biggest wave of strike action since the 1980s. Millions of workers in the private and public sector have struck for pay rises to keep pace with the soaring price of food, energy, rent and bills.

Hiding behind Pay Review Boards (health) or spurious claims that it is not the employer (transport), the government has obstructed negotiations and agreements for months. With no plan to deal with the crisis of British capitalism, exacerbated by years of falling productivity and the self-harm of Brexit, the Tories are resorting to an offensive against the trade unions and migrant workers, driven by the need to appease the party’s populist right and membership.

It is this weakness of the government, which despite its large majority, is beholden to pro-Brexit extremists determined to complete their project of demolishing the welfare state and ripping up remaining worker and environmental protections that makes it so dangerous.

Sunak’s invitation to fake negotiations on 9 January immediately followed by the announcement of the Minimum Service Bill shows it has gambled its survival on a show of strength against the unions. We have to put our organisations into fighting shape to see off the attempt to make workers pay for the crisis through the erosion of our living standards and anti-strike laws which would outlaw all effective trade unionism.

But despite the inspiring wave of strikes since last Summer, many of the unions are already in the process of trying to demobilise the action before securing any meaningful pay rises. The other half, on the left wing of the movement, have barely got started, or only organised occasional action which can’t force a victory.

The fact that the TUC Congress in October failed to agree a serious programme of coordinated action, and the feeble call for a ‘day of action to defend the right to strike on 1 February’ shows the official leadership is desperate to prevent the snowballing strikes accumulating a momentum of their own beyond their control.

If the unions retreat in disorder after offering only token resistance—as they did in 2011–12 during the pensions’ dispute—we will suffer a terrible defeat that will surely wreck the incipient growth in union membership and militancy demonstrated by innumerable strikes and the mass attendance at Enough is Enough rallies around the country.

That’s why it’s vital that we get organised now to make 1 February the beginning—and not the end—of a real campaign to defeat the anti-strike laws and secure pay rises that really compensate for double digit inflation. Every union with a live mandate for action should be on strike. Activists should coordinate motions and open letters from branches and workplaces and bombard the union executives with demands for joint action. Lunchtime protests and rallies, with walkouts where possible, should be organised in every town and city. Local solidarity committees should be formed to ensure this happens.

The scale of the attack demands an equivalent response. The reality is that this means being prepared for, and organised, to defy the undemocratic laws preventing us from taking effective action—mass pickets to stop scabbing, workplace meetings and votes for action, solidarity strikes up to and including a general strike.

Key tasks for the movement: