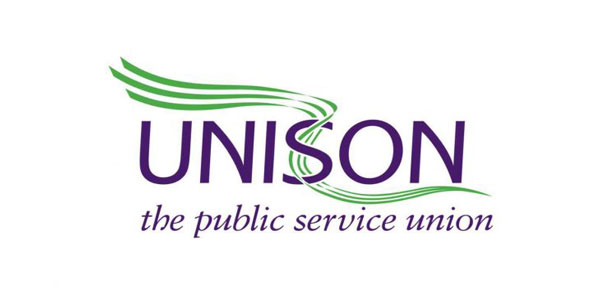 By a Unison shop steward

Our pay claim for a 10% rise for all local authority workers was a good demand in response to the depreciation of wages by 25% over the last 10 years and the escalating cost of living.

However, the 14.6% turnout in the pay ballot marks a dangerous low point in terms of union engagement and participation, regardless of the Yes strike vote. This is miles below the 50% threshold set by the Trade Union Act (2015) for legal action – and in any case far too low to launch a meaningful strike with any confidence.

Of course there were mitigating factors: large numbers working from home or sick; the error-prone postal ballot system; out of date membership data; the virtual absence of a national campaign. Two years of lockdown took their toll. But if one of the largest branches reported a 40% turnout, some others must have mustered next to nil.

Taken together with the dismal NHS pay campaign, this shows that Unison is in crisis, a crisis whose solution has to start in the workplace. Unsurprisingly, where we had active stewards, or members had recently been involved in ballots or disputes, turnout was higher. Also, many UCU branches won pay ballots under similar circumstances, so the task cannot be unachievable.

We’ll face more battles in the future with more austerity, more price rises, more job cuts. So we must get back on our feet.

Branches need to launch recruitment drives on the basis of ‘Join Unison and we will improve your conditions’. The aim is to mobilise members, old and new, to defend terms and conditions, resist job cuts and closures, and combat bullying and discrimination. Small victories are better than no victories and they can also lead to bigger victories.

Our priority in the coming year must be to rebuild workplace organisation, so we can win strike ballots with large turnouts, and then prosecute them successfully. Only a union that can do this will be able to defend its members in the massive struggles that lie ahead of us.

Many outside Unison have been impressed by the successes of Paul Holmes’ Time For Real Change campaign. But a TFRC zoom rally, held in the wake of the defeat, to launch another election campaign this time to Service Group Executives, failed to address the question of setting up local branches of the organisation, so activists can share experiences, offer solidarity and rebuild workplace organisation and leadership.

Organising Time For Real Change supporters locally is a crucial next step to building a stronger Unison. This would actually strengthen efforts to replace right-wing officials with rank and file fighters. More importantly, in local government and elsewhere, such rankand-file caucuses could develop a strategy to rebuild workplace organisation and begin the struggle for the next ballot.

The new left leadership now needs to show the members who entrusted it with their vote that it can turn round the union quickly and make real, timely changes to its strength in the workplace, and then the terms and conditions of members. That is not possible to do only with directives from above. And since the TFRC NEC members aren’t enough to resist the Unison apparatus or overcome its resistance, those who voted for them need to be organised. Finally, there is the question of how to hold our leaders to account; many left-wing officials elected in the past have not stuck to their promises once in office.

Electing lefts to replace rights on the various executives and union bodies is not enough. The methods of the ‘broad left’, changing the union by winning the top jobs, did not work in the past and will certainly not work in today’s more cut-throat workplaces. Rank and file organisation is required for the huge challenges ahead – with the officials where possible, without them when necessary. If you agree, contact Workers Power to get organised.