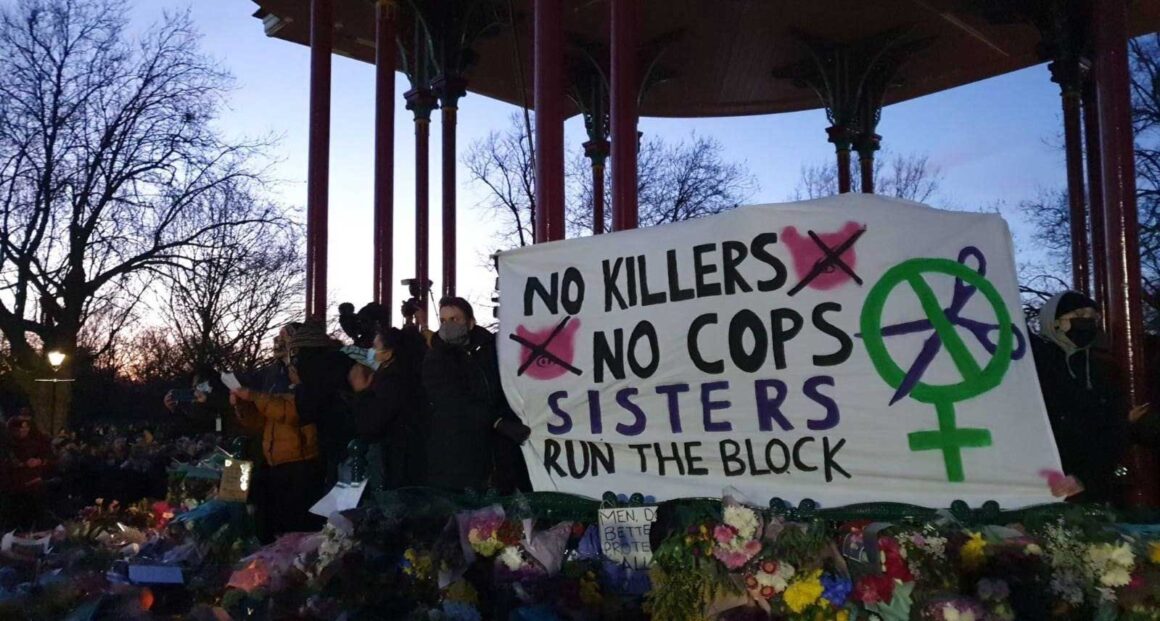 THE TRIAL of Wayne Couzens for the murder of Sarah Everard has shone a spotlight on violence against women and the inability of the police and judicial system to confront the problem.

For months after Sarah’s murder the Metropolitan Police and Home Office dismissed any notion that there was a deep-seated prejudice against women in their ranks or procedures.

It was only when Couzens’ court case revealed how he used his position to trap and kill his victim, followed by a number of serving and former officers, mostly women, exposing the extent of the misogyny within the police, that Cressida Dick and Priti Patel finally announced official inquiries. But how can the same people who ignored the evidence for so long be trusted to find the right solutions?

Over the past decade 2,075 women have been murdered, most by someone they knew and most commonly by a partner or an ex. Over 90 percent of the perpetrators were men. On average four women a week are killed.

Little justice has been afforded these women. The Crime Survey for England and Wales found an estimated 144,000 sexual assaults took place in the year 2019–20, of which only 59,000 were reported. Of these only 2,102 ever reached the courts, which convicted 1,439 rapists. The whole judicial system is failing women.

Then there is the question of police “culture”: the sharing of sexist and degrading images and messages on WhatsApp; the fact that Couzens’ misogynistic views and activities were so well known in the force that he was nicknamed ‘the rapist’; the police officers who took selfies standing over murdered sisters Nicole Smallman and Bibaa Henry; the numerous testimonies from female officers who say they were victimised for complaining about sexism. The list goes on. That misogyny, so deeply rooted in the police force, has sparked a discussion about whether the police can be trusted to investigate violent crimes against women.

What needs to be done?

Liberty, Southall Black Sisters and the Centre for Women’s Justice have all recently filed super-complaints against the state’s failure to protect women.

Met chief Dick has belatedly launched an inquiry into why Couzens was allowed to spend a decade in the police force without any investigation against him. Home Secretary Patel announced a non-statutory inquiry into police vetting and culture. Neither of these will make any difference.

Labour peer Shami Chakrabati has demanded that a senior judge is appointed to lead a statutory inquiry, though there have already been many such inquiries, whose recommendations have achieved very little. Keir Starmer continues to boast how closely he worked with the police as DPP—which indicates the lack of independence of the prosecution services and police watchdogs, like the IOPC, rather than how effective they are.

We need a working class inquiry, independent of the state and genuinely aimed at uncovering and exposing violence against women and the failings of the police and courts and raising demands for change. It must be led and conducted by representatives of women’s organisations, trade union and Labour Party women’s groups, tenants associations, student and youth groups. They should be able to scrutinise police records and to summons witnesses.

Of course we should also demand that the current inquiries are made transparent and accessible, that they are accountable for their methods, that unnecessary delays are swept aside and their findings result in swift changes to laws and regulations. Chakrabati’s proposals and Harriet Harman’s call for Cressida Dick to be sacked should be supported insofar as they go.

The bar is too high for prosecution of assault cases. The number of convictions has fallen since 2017 to a record low in 2020. Earlier this year, the CPS was taken to a Judicial Review by women’s organisations, who argued that it is systematically failing victims of rape by “raising the bar” for prosecution. The court system failed women again when the Judicial Review was dismissed. So instead we must demand the right for women’s organisations to undertake a review of CPS policy for rape prosecutions and amend it to allow more cases to go to trial.

Much can be done to improve the safety of women and prevent harassment and assault. Trade unions and student unions should provide the space for women to meet, discuss and collectively raise concerns and complaints, and demand universities and employers take action. Free drink testing kits, which can detect ‘date rape’ drugs should be available in every bar and night club and universities should distribute them to students. Universities must be made to exclude students who have threatened, harassed or assaulted women.

One of the reasons why so many sexual assaults go unreported is that many take place within the family. Domestic violence, including sexual assault, is hard to escape. On average

victims try seven times to leave before finally doing so. Cuts to funding for refuges since 2010 have made this harder. We must fight to reverse these cuts, build more council housing, increase wages and benefits to rates that a single person or single parent can live on and for free, quality childcare facilities to alleviate the burden on women.

It is capitalism that systematically perpetuates misogyny through persistently lower wages for women, through demanding women bear the brunt of childcare and domestic responsibilities within the ‘sacred’ family and allowing sexism to pervade their institutions from the police to the courts and beyond.

Only a class struggle against this discrimination and the system that perpetuates it in defence of capitalist property and profits can lead to a society where equality for all can be guaranteed.