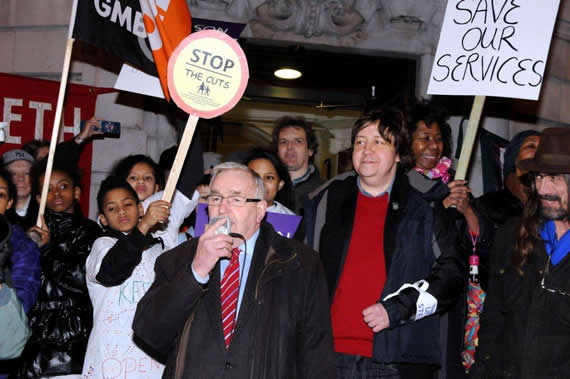 This is the text of a speech given at Ted Knight’s Memorial meeting on 22 April 2020.

I first met Ted about 8 years ago during the campaigns against austerity in Lambeth. We would be outside the Town Hall lobbying the councillors with Save our Services picketing them and heckling them as they went in to vote for cuts. He was an incredibly determined class fighter right to the very end.

Ted had been in and around the Trotskyist movement since the 1950s, when he was a supporter of Gerry Healy. He was from a working class family, his father was a groom for horses for the rich and his mother spent many years working as a nurse. He was born in Brixton, back when Brixton was far more run down than it is today.

He was active in the Labour League of Youth, recruiting to Labour and then recruiting to the Healy organisation. He was expelled from Labour in the mid 1950s, drifting out of the Healyite tendency. He got involved in the Vietnam Solidarity Campaign and briefly joined the Committee for a Workers International before rejoining Labour in the early 1970s. He gave a robust defence of Marxism at his NEC interview for re-admittance and they simply shrugged and let him back in.

During the 1970s he mainly worked his way up through the Labour Party in Lambeth, become a leader of the party in Norwood and then a councillor in 1974. He organised a left tendency among the councillors and challenged the leader of the Council David Stimpson (Stimpson went on to join the breakaway SDP in the 1980s). Knight won control of the Labour group in 1978 after the local elections, putting him in charge of the borough of Lambeth.

During this time there was a big push by the Labour left, spearheaded by Labour Briefing, to make headway into local government. The victory of the Tories in 1979 meant that the lefts preferred programme of an Alternative Economic Strategy was blocked nationally, but they could implement aspects of it in local government. This was also the time of Ken Livingstone at the left turn at the GLC.

The lefts progamme in local government was quite modest. It was to use local finances to expand the workforce in order to counteract the growing mass unemployment due to Thatcher’s economic policies, to prioritise social issues like anti-racism and women’s rights, and to use their positions as platforms to defy Thatcher where possible. Lambeth council called a protest in November 1979 against Thatcher – possibly the first large demonstration against her new government – with thousands marching with their trade union, Labour party and community group banners from Brixton to Whitehall.

Knight and the Lambeth councillors called a huge anti cuts conference in 1980, held in Camden and attended by over 650 delegates from trade unions and local Labour parties, even the union NUPE was formally present. There was a huge debate over how to fight Thatcher and the conference adopted a motion to oppose all rate increases, rent increases and refuse to make cuts. Despite this motion being passed Lambeth and other councils present went on to… raise rates, rents and make cuts. Knights defence was that until the Labour party or trade unions took up the cause nationally, such an act could only ever be a ‘kamikaze mission’. Understandable, but it meant in effect that a council like Lambeth which was led by the radical left refused to take a stand, this meant no one took a stand.

The decision to raise rates led to a backlash in Lambeth and large protests organised by the right wing ‘Rate Payers Alliance’ (think the Tax Payers Alliance). As a result Labour narrowly lost the 1982 local elections and was in opposition for 6 months before a campaign of wearing down the Tory and Liberal alliance worked, leading to one councillor dropping out of the Liberals and giving Labour a narrow majority.

Lambeth’s reputation as a ‘loony left’ borough still lingers today – indeed “the looniest council” as Bill Shelton the old Tory MP for Streatham would call it was commonly quoted in newspapers in the 1980s  But so much of what the Labour left did in the municipalities at the time was not ‘loony’, in fact it was ahead of its time. Whether it was setting up race equality units or highlighting LGBT rights, all these things are standard now. Other so-called loony left policies actually make a lot of sense in you think about what was going on at the time: The twinning with Nicaragua was done in solidarity with a revolution at the behest of the boroughs Latin American residents. The much derided Nuclear Free Zone policy was intended to highlight the Tory lies about nuclear war, how a nuclear bomb dropped in Westminster would only cause minor damage in Lambeth when everyone knew that was a lie.

There were controversies within the left, of course. His continuing association with Gerry Healy and the Workers Revolutionary Party led to the launching of Labour Herald, a newspaper which was co-edited with Ken Livingstone. Briefly John McDonnell took over editing duties after Livingstone was expelled from the Editorial Board for compromising on the rate capping campaign. Some of the politics of Labour Herald were considered controversial on the left, especially over international issues like uncritical support for Gadaffi in Libya. They also published a cartoon comparing the Israeli Prime Minister at the time to a Gestapo officer because of the slaughter of Palestinians in Lebanon which drew criticisms of anti-Semitism.

Locally there was also strife. Ted knew more than most that you can’t build socialism in one borough, that you are still the head of a local government under capitalism. Inevitably there were conflicts with the unions, with squatters, with other left groups. There were several strikes led by NALGO during his time as leader and some bruising public spats. Knight and his comrades did end up passing cuts budgets, despite their best intentions. But he felt it was important for Marxists to occupy these positions to at least use them as platforms to fight the Tories.  When the fight over rate capping came, all the unions and community groups came together to support Knight and his comrades in the fight to defend local government against Thatcher.

Ted of course was part of a team of left comrades who were inspirational each in their own way, and they were the council that was willing to fight over rate capping until the very end, long after Ken Livingstone, Margaret Hodge, David Blunkett at the others had given up.

Knight and his councillor comrades were surcharged in 1986 for opposing rate capping. Despite rumours of a ‘return to politics’ he never ended up standing again for a public position. However remained in the Lambeth Labour Party, based out of his flat in Gipsy Hill where he had lived in for decade –  a thorn in the side of the local Blairites who took over the council and the party in the 90s.

He was active in the local Labour left right until the end, a passionate supporter of winning a Corbyn government, despite his occasional criticisms that Corbyn was “too soft”. At the memorial meeting John McDonnell remembered meeting with Ted and Jeremy at Portcullis House back in 2017 “he would tell you where he agreed and where he thought we were going wrong. That’s what I liked about Ted, he gave it to you straight.” Several comrades would find themselves on the receiving end of a ‘full on Ted rant’ but he was a brilliant public speaker, really passionate and concise. Even in his later years when new, younger comrades were getting involved in the Labour left they said they found him a source of inspiration and clarity.

I didn’t agree with Ted’s more hard-line Brexit position towards the end, but in part I feel that his view was due to the volatile factional struggles in the local Labour Party with inveterate ‘remainer’ Blairites which doubtless drove him up the wall and a loyalty to Corbyn.

Whilst Ted Knight made several enemies through the years as a socialist in his fight against Thatcherism and Blairism, but he had many comrades too. What the mainstream media called loony was in fact a deeply principled passion for a better world. He will be missed.

Simon is the author of a forthcoming book on Lambeth in the 1980s. For more details visit www.radical-lambeth.org 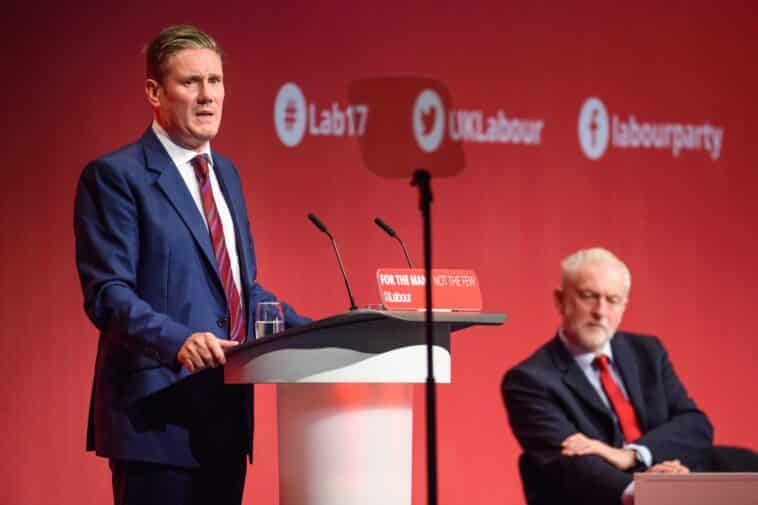