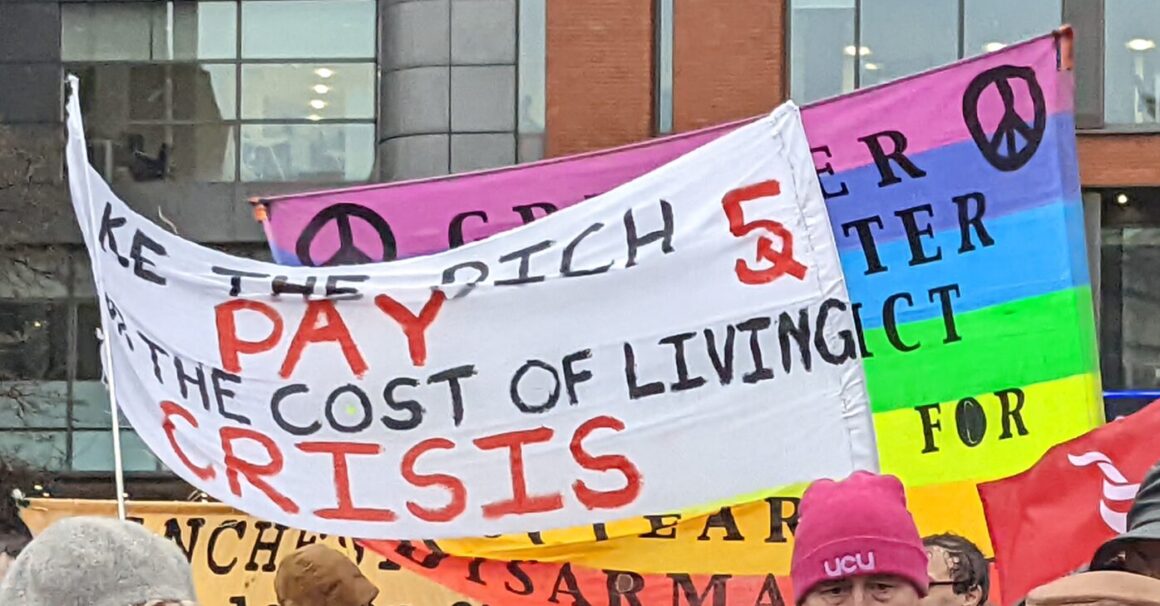 Stagflation crisis looms, and we must make the rich pay

While Boris Johnson was awkwardly posing in a turban in India, after posturing with Volodymyr Zelensky in Kyiv, the SNP’s Ian Blackford was branding him a liar in the House of Commons.

Many of Johnson’s backbenchers plainly agreed, fearing voters might take it out on the Tory party in the 5 May local elections. Their pressure forced him to back down on an amendment aimed at scuttling an enquiry.

Now a parliamentary select committee will investigate whether the prime minister knowingly misled parliament, after the Metropolitan Police fined him for breaking the law by attending at least one illegal lockdown party at Number 10. Not to be outmanoeuvred, Johnson, whose only political principle is to remain prime minister, is now threatening to tear up the Brexit agreement as it applies to the customs border in northern Ireland.

A poor showing for the Tories at the polls could see Johnson fall before ‘Partygate’ is out of the headlines.
Chancellor Rishi Sunak, until recently seen as Johnson’s most likely successor, has similarly been exposed as a hypocrite. His wife Akshata Murty, who is richer than the Queen, avoided paying any UK taxes for years using her ‘non-dom’ status, while Sunak raised taxes on working class households to a record high.
This is a government of the rich, for the rich, by the rich: corrupt, lying and arrogant.

Johnson has cynically turned to Ukraine to get him out of his hole, claiming that it would be ‘unpatriotic’ to sack a PM during a war, though Britain has no boots on the ground. Of course, Nato’s increasing arms supplies and expansion of its forces stationed in Eastern Europe could trigger a direct clash with Putin with incalculable consequences. That is why we say stop the warmongering, Britain out of Nato, as well as Russia out of Ukraine.

As for ‘Homes for Ukrainians’, only 21,600 (out of 5.1 million) refugees had been settled in the UK by the end of April, due to Home Secretary Priti Patel’s insistence on checking everyone’s credentials.

Patel also miscalculated badly when she announced a vicious deal with Rwanda to receive deported asylum seekers from Britain in violation of its obligations under the 1951 Geneva Convention. The Archbishop of Canterbury called the scheme ‘ungodly’ and Johnson’s counterclaim that the archbishop had not condemned Putin backfired badly.

City forecasters are warning Britain could slip into recession by the summer, as prices rise and production falls.

Inflation topped 7% (CPI) in March, while the retail price index, which more accurately reflects household spending, rose to 9.9%. And this is before the raising of the energy price cap in April is taken into account.

With supply chains, particularly for food and energy, torn by covid and ruptured by war and sanctions, this inflation is not ‘transitory’ but will stick around for months, if not years.

Meanwhile basic pay has ‘risen’ by only 5% – for public sector workers just 1.9%. As a result, retail spending fell by 1.4% in March, the fifth consecutive monthly drop. Capital Economics forecasts disposable income will contract by 1.9% this year, the steepest decline since records began in the 1950s.

The effect on workers is twofold. First we are experiencing a cost of living crisis with millions more being pushed into poverty. Second the drop in consumer spending, an economic slowdown will mean more austerity and job cuts.

Senior Tories are looking for the right moment to ditch buffoonish Johnson and replace him with someone like Jeremy Hunt or even Foreign Secretary, warmonger Liz Truss. For the working class this will mean only a more ‘efficient’ enemy.

Meanwhile Keir Starmer’s frontbench, for all their parliamentary fancy footwork, are merely replaying Tony Blair’s triangulation game; stick close to Tory policies, while focusing solely on ‘character’ and lack of ‘efficiency’. In other words a Starmer government would only deliver Tory policies on the economy, war and immigration.

So, for a fightback we must look primarily to the unions and beyond them to the working class on the estates, in schools and universities and among benefit claimants.

Unfortunately, thus far, the union leaders – outside the independent unions and sections of Unite and the GMB – have offered little or nothing. The TUC has called a national demo on the cost of living crisis for 18 June, but diminished its impact by only organising local marches.

It will be up to the rank and file, therefore, those at the sharp end of pay cuts, job losses and austerity, to lead the resistance.

Workers Power therefore urge workers already taking action or balloting for it, plus branch and trade union council activists and youth to join together to fight for: