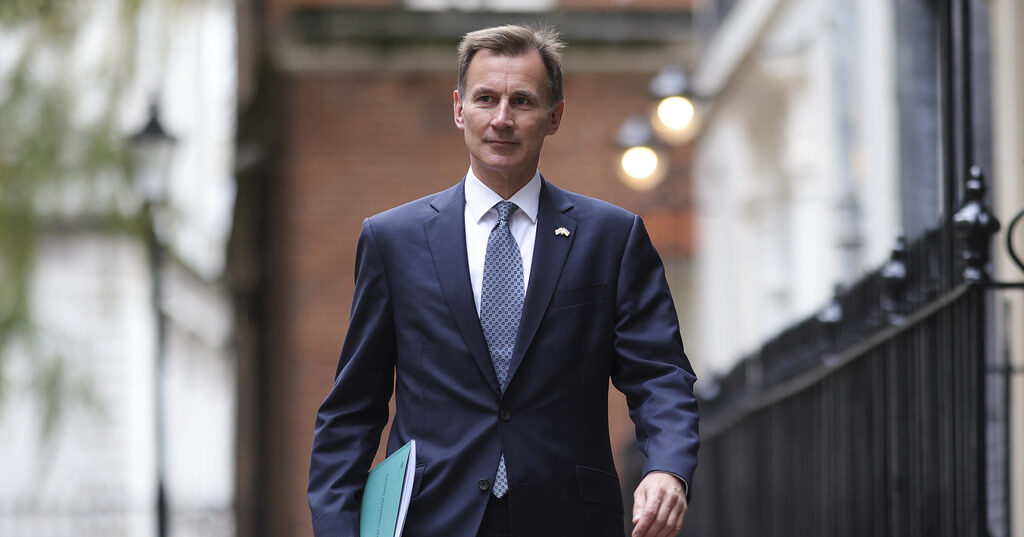 JEREMY HUNT’S budget offloads £55 billion of tax rises and spending cuts onto the backs of the poor and working class. Soaring inflation, bills and taxes target ordinary people, while the vast unearned profits of the big banks, energy companies and corporations are left untouched.

Hunt falsely blamed the ‘global situation’ for a crisis made in Britain. Liz Truss’ disastrous budget was only the latest episode following 12 years of austerity and Brexit, which have left the economy stagnating, public services on the brink of ruin, and workers’ incomes falling at their fastest rate in 70 years.

The Office for Budget Responsibility reports living standards will fall by 7% in the next two years. For poorer workers it will be much more. Meanwhile, Hunt has delivered an £18 billion tax cut for banks.

So-called ‘stealth’ tax hikes achieved by freezing the threshold on personal allowances will drag millions into paying the higher rate. The income tax freeze alone will cost the average worker more than £600 a year.

Pensions and benefits will be increased in line with CPI inflation, instead of RPI, currently running at 14.2%, and a more accurate indicator of working class living costs. Even this won’t come in until April 2023, while last April’s below-inflation 3% ‘rise’ has left millions facing a harsh winter.

The recession, which the Bank of England promised will be the longest since the 1930s, will see 500,000 jobs wiped out. What does Hunt’s budget provide for this? Subjecting Universal Credit claimants to the punitive ‘work coach’ and sanctions regime to force them into low paid, insecure jobs.

The universal £400 payment to help with energy costs will end this winter. At the same time the energy price cap will be lifted again in April to £3,000 a year, costing the average household an extra £1,075 compared to last year.

Hunt claims the windfall tax on energy company profits will increase, bringing in £14 billion. This would be surprising since, despite Shell and BP making $30bn extra profits since the start of the war in Ukraine, neither has paid a penny in windfall taxes so far.

Where is all this money going? Not to the public sector. Headline announcements of increases to NHS and education budgets are deliberately misleading. The NHS will get £3.3bn, compared to the £10bn health researchers say it needs.

Education will receive £2bn: not enough, says the NEU’s Kevin Courtney, to reverse the 20% real-terms pay cut of the last 12 years, plug the SEND funding gap of £3.3bn nor achieve the UNESCO target of 5% of GDP.

Repeating the 2010 playbook, Hunt wants to offload as much responsibility from central government to local authorities, who can now raise council tax by 5% a year, taking the average Band D rates above £2,000 a year. These eye-watering hikes on an already unfair and regressive tax mean workers will pay more for worse services.

Set against this, the government is now spending more on servicing debt interest than on any public service except the NHS. That money is paid to the banks and financiers who forced up interest rates in the first place.

Tax rises and falling living standards won’t make the Tories popular come the 2024 election, but the restoration of what the money markets judge to be ‘responsible’ government has cut also the ground from under the opposition.

Keir Starmer’s attempt to steal the Tories’ clothes by promising that Labour is now the party of ‘sound money’ set the trap, and Hunt’s budget, which postpones most of the cuts until after the 2024 election, has sprung it.

Labour is committed to ‘balancing the books’ and abiding by the Tories’ fiscal rules after the next election. Asked what Labour’s alternative to tax rises and spending cuts would be, former banker and current shadow chancellor Rachel Reeves was left waffling about making ‘fairer choices’.

But Labour’s shadow health secretary Wes Streeting last month ruled out supporting nurses’ demands for a decent pay rise. The Tories have put Labour on the spot—and they have failed the elementary test of class solidarity.

There’s a simple alternative to Tory and Labour austerity. Britain is rich but unequal. This government is protecting the wealth of the rich and making workers pay the price for economic chaos, war and climate change which we didn’t cause.

Against the organised impoverishment of millions, the labour movement needs to wage a class war to protect living standards and fight for a workers’ answer to the crisis based on expropriating the rich and creating a sustainable, democratically planned economy in the interests of people, not profit.

We can start by building a massive campaign of solidarity with the health, postal, and railworkers’ strikes this winter, and organise for escalating, all-out action as the quickest route to victory. To build a class-wide united front, we should convene mass assemblies in every locality, bringing together workers, renters and the unemployed, to discuss how to respond to the crisis and agree a plan of action to unite the resistance.