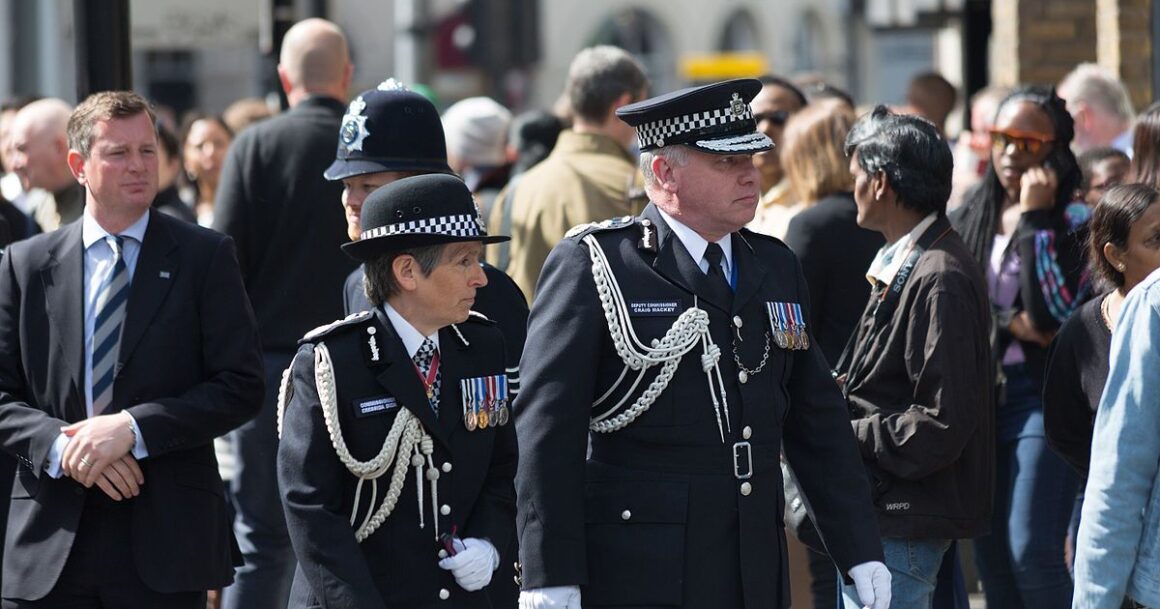 Institutional sexism in the police

THE REPUTATION of the Metropolitan Police is in tatters. From the murder of Sarah Everard to the Independent Office of Police Conduct’s (IPOC) report into misogynistic text messages by officers at Charing Cross station, evidence of institutional sexism and racism in the capital’s police force is overwhelming.

The mass mobilisations of the BLM movement across the world shone a spotlight on the systemic racism in policing. Events in Britain have revealed the systemic misogyny and sexism in the force, undermining trust in the institution tasked with enforcing the bourgeois law, as well as the government benefiting from its protection.

The government may hope that Cressida Dick’s forced resignation, though plainly unwelcome to Home Secretary Priti Patel, will be enough to signal that the Metropolitan Police is changing, but the Met’s culture is not a product of the famous ‘few bad apples’, nor even bad leadership or bad policies. It is a result of the class nature of the police force and its role in the state.

Dick’s long-overdue resignation followed the IPOC’s report into a group of officers at Charing Cross station. WhatsApp messages between the group, which were characterised as ‘highly sexualised, discriminatory or referred to violence’, were defended by the officers as just “banter”. The report found that other officers were afraid to challenge or report this behaviour, and that one of the perpetrators wrote about how they wanted to ‘knife’ those who had reported them. Some of the worst messages included threats of rape and jokes about dead black babies and the Holocaust. One officer wrote about wanting to ‘slap’ his partner.

The messages are not the only shocking part of the report. After disciplinary action was taken, nine of the fourteen officers investigated are still serving, and two of those have been promoted. The Met not only failed to deal with the officers appropriately, but they also responded to the report by denying that there was a culture of misogyny in the force. The media backlash, in the context of the past two years, should have been predictable, but the police closed ranks.

Misogyny in the Met

A month after the murder of Sarah Everard, the BBC revealed the Met was investigating allegations that a serving officer raped two colleagues. The Crown Prosecution Service decided that there was not enough evidence to prosecute, and it was not until the women were awarded compensation for the sexual assault and abuse they had suffered that the Met decided to open a misconduct investigation. Three years after the assaults were reported, the officer had still not been suspended and the investigation had yet to conclude.

A Freedom of Information (FOI) request by File on Four in June 2021 found that more than 800 allegations of domestic abuse had been made against UK police officers over a five-year period. Just 5% of these were prosecuted, compared to 9% of prosecutions against members of the public, and only 15% of allegations resulted in disciplinary action.

Inquest, a charity focused on deaths in police custody, raised concerns earlier this year that police misconduct hearings were increasingly granting officers’ requests for anonymity. These hearings are public and, according to Home Office guidelines, should be transparent by default. However, the charity reported that roughly half of misconduct hearings are now anonymised, and that this is becoming the default.

Inquest’s Director, Deborah Coles, argued that these hearings are now ‘shrouded in secrecy’ and ‘This fuels anger and suspicion [that] the police are trying to deflect responsibility for their actions. The lack of candour [and] cooperation, obfuscation, and attempts to frustrate the legal process are tactics to deflect attention from and defend the reputation of the police.’ Coles also noted that officers are often allowed to continue with their duties after allegations of misconduct are made and are even promoted.

The Centre for Women’s Justice’s Nogah Ofer explained that ‘at the heart of some of these cases is a form of corruption behind the scenes. There are inadequacies and evidence goes missing. The investigators know the suspects and the witnesses. Some women have been disciplined and arrested. In multiple ways there are accounts of the police family closing around to protect the suspect.’

A ‘super complaint’ about police handling of domestic violence cases lodged by the Centre for Women’s Justice in 2019 was finally answered two and a half years later by a government report that largely acknowledged the institutional failings of the criminal justice system. In particular, the report noted that domestic violence prosecutions had fallen by 50% over a period of three years, from 18% in 2017 to only 9% in 2020.

There is a similar picture of failure to prosecute those accused of rape. The charity Rape Crisis reports that, while 1 in 5 people have experienced rape or sexual assault as adults, only 1 in 60 allegations result in criminal charges. Of the 52,210 rapes reported to police in 2020, on 843 resulted in a charge.

Only 1 in 6 of those who experience sexual violence report it to the police, and research by Rape Crisis found that 38% of those didn’t report it because ‘they didn’t think the police could help’ and 34% said it would be ‘humiliating’. Given these statistics and the overwhelming evidence of a culture of misogyny in the police force, it is understandable that victims of rape and domestic violence would be reluctant to place their trust in the police.

In the aftermath of the Sarah Everard case, several female police officers spoke to the media. ‘Lucy’ contacted the BBC and explained that she had resigned from her role working on domestic abuse cases because she felt ‘we’re letting down victims to be further victimised, pushed out and be silenced. I just couldn’t stay. I’d rather be unemployed and poor than to continue serving that kind of organisation.’

It is widely believed, incorrectly, that the police’s role in society is to impartially uphold the law and investigate those who break it. Evidence to the contrary, from domestic violence statistics to Charing Cross and Partygate, the series of parties held in 10 Downing Street during the most restrictive period of the Covid lockdowns, has resulted in the resignation of Cressida Dick. The state is now desperate to repair the reputational damage suffered by the Met and re-establish trust in the institution amongst the middle and upper layers of society.

However, official recommendations in response to these crises tend to tinker round the edges, recommending yet another variation of the same “independent” government-controlled bodies to provide oversight and scrutiny. Before the IOPC there was the IPCC, which was replaced after a public criticism and a parliamentary enquiry in 2012. Before the IPCC was the PCA, which was replaced on the recommendation of the Macpherson enquiry and so on.

Despite the IPOC revelations about Charing Cross, it is a toothless organisation that only breaks ranks with the police force in the most extreme circumstances, this time under the pressure of wider backlash around police misogyny and violence. Police misconduct hearings are organised by the police themselves, hence why nine of the fourteen officers who exchanged messages at Charing Cross kept their jobs.

The fundamental relationship in society is class – the capitalist class, which comprises a tiny minority of society, owns all the means of production (factories, land, houses, banks, media) and is therefore able to exploit the mass of workers who own no property. The state, which consists not only of elected representatives but is more importantly a permanent body of unelected civil servants, police, army, and judges, is the instrument by which this tiny ruling class maintains its rule, principally by enshrining the sanctity of private property in law.

The police are the enforcer of that class rule. They do not exist to ‘protect and serve’ the population at large, but rather to protect and serve the interests of the exploiting and propertied class. Day to day, police spend most of their time policing the crime which is generated by a system based on increasing inequality and social and racial oppression. Add targets, external scrutiny and, most fundamentally, power to the mix and you have an institution that not only incubates misogyny and racism but is incapable of eradicating these prejudices from within its ranks, let alone combating their manifestation in society at large. These characteristics are inherent to the police as an institution; it cannot be “fixed”.

Therefore, we fight for a society that eliminates classes and the need for a coercive institution to enforce the power of one class over another. Until the revolutionary overthrow of capitalism is achieved, we must struggle to build fighting organisations of the working class able to subject the police to scrutiny, restrict their power and build up the power of communities, the labour movement and campaigning organisations in the process.