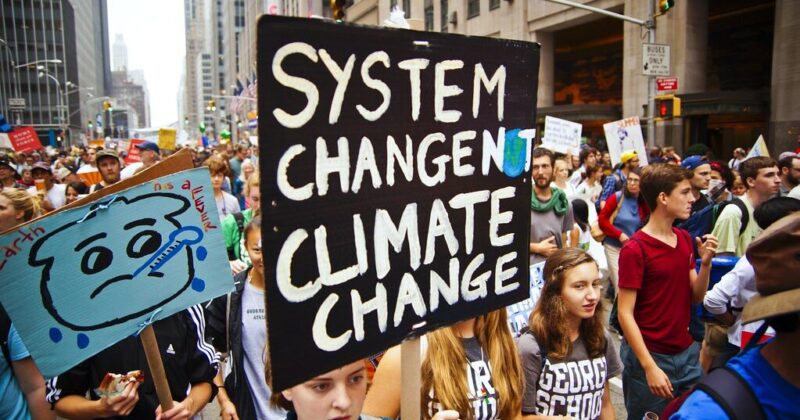 In the tunnels and the trees: HS2 moves to evict Euston protesters

A High Court judge has granted a possession order to evict anti-HS2 campaigners from the Euston tunnel, after a month-long protest against the high-speed rail network and its destruction of woodland.

News of the ruling comes as the fifth of nine campaigners leaves the tunnel, and less than a week after the judge initially refused to grant the possession order, citing concerns about HS2’s entitlement to the land.

Mr Justice Mann had raised “questions marks” over HS2’s application for the order, and had instead granted an injunction against the campaigners in the tunnel, a ruling that potentially threatens those who choose to stay underground with contempt of court.

Only days afterwards, Mann granted HS2 the possession order – his questions presumably answered – and the eviction of the remaining campaigners from beneath the ancient woodland will now be well under way.

On the day of the possession order, geography lecturer and veteran tunnel activist Dr Larch Maxey was removed from the site by bailiffs. He joins four others – Rory Hooper, Lazer Sandford, Scott Breen and ‘Rollie’ – who have left the tunnel after increasingly repressive measures taken by the Metropolitan Police and National Eviction Team enforcement officers.

The remaining campaigners, ‘Swampy’, Blue Sandford, ‘Nemo’ and ‘Bradley’, have been living entirely underground for almost a month, but they remain resolute and optimistic about their struggle against HS2.

“We are in a fantastic place right now with four out of the nine original tree protectors still living in the tunnel after 27 days. It’s gone beyond our wildest dreams,” said a spokesperson for the campaigners.

The court has ruled in favour of HS2 less than a fortnight after the eviction of anti-HS2 campaigners from a three-and-a-half-year protest camp at Harvil Road in west London, the longest-running of its kind.

Like their comrades at the Harvil Road occupation, many campaigners in the Euston tunnel are supporters of HS2 Rebellion, an Extinction Rebellion offshoot. HS2 Rebellion is by no means the only organisation in a struggle which has, with notable exceptions, been informed by nimbyism and middle-class environmentalism.

HS2 is set to destroy scores of ancient woodlands and wildlife sites, and it is working-class people who will pay the real penalty. The project has gone hand-in-hand with the redevelopment of council and housing association estates, such as the Regent’s Park Estate in Camden, where the Labour council has been complicit in selling land to developers.

The Euston tunnel protesters are taking militant action against HS2, and socialists should oppose in every instance the repression and violence meted out to protesters by police and court enforcement officers.

Pointing to the environmental destruction and massive economic waste of HS2, socialists must argue for an understanding of its class nature. That this Tory vanity project is a form of class as well as environmental violence – and that there is an urgent need to build an environmental movement with a strong basis in the working class.

Climate change and environmental destruction are symptoms of capitalism, a global system of overproduction and the exploitation of humanity and nature in a relentless pursuit for profit. People are already suffering the effects of this crisis in the Global South, where multinationals from the imperial countries super-exploit the natural resources and populations of countries, reducing them to semi-colonies.

There is no way to separate climate change and environmental destruction from capitalism and imperialism. The struggle against HS2 is not an isolated struggle, but it instead points to the need to build global solidarity against climate change and environmental destruction. The central role of the capitalist economic system in this crisis, and the central role of the working class in abolishing this system, marks the path to victory.

This means the solution is wider than that proposed by Extinction Rebellion and most climate protesters, which . To ensure the needs of climate and environment are managed in tandem with society, we need to end the private concentration of wealth and property, and replace production for profit with replacing it with common ownership and democratic planning – socialism.