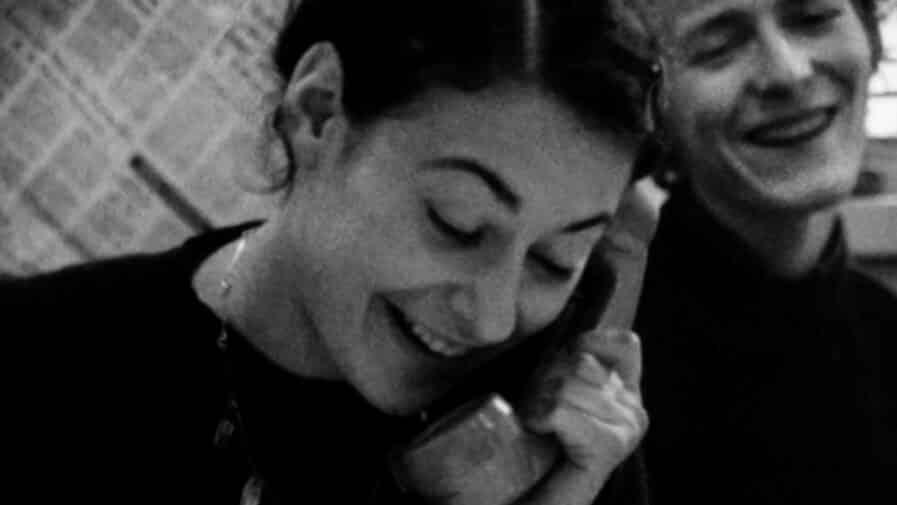 Film Review: In The Intense Now (No Intenso Agora)

João Moreira Salles’ thoughtful cinematic essay No Intenso Agora begins with Charles de Gaulle’s address to France on New Year’s Day 1968. A warm, almost grandfatherly figure, de Gaulle comments with palpable irony that although “the future is difficult to predict” he is pleased by the “happy, peaceful outlook that 1968 offers upon the nation”. Salles’ film takes a tour of the Prague Spring and Mao’s China during the same period, but focuses mostly on the revolutionary events of May 1968 in Paris, where students and workers led wide-scale protests and general strikes that almost brought down de Gaulle’s government.

What makes this film compelling is that we rarely see these tremendous historical events through the lens of news cameras and bulletins, the piece is made up almost entirely of amateur footage. In the case of the Prague Spring even the names of the filmmakers have been lost to time. This form of filmmaking, stripped of the standard conventions of professional camera operation, gives a thrilling dimension to events. The filmmaker is not a passive observer of history but a part of it. The idiosyncrasies of the framing, the motion and the choice of shot become a character in of itself that Salles often comments on throughout the film in his narration. As the title of the the film suggests, Salles wants to make the audience feel like they are really there, in the intensity of these revolutionary moments.

One scene which is particularly memorable is when a young woman activist (pictured) is filmed receiving a phone call from a distraught mother whose son hasn’t been home in a week. The mother demands to know if her son is alive, and the activist struggles to contain her laughter as she reassures the woman that her son has been taking part in the student occupations. This is one of the few moments of pure, unassailable joy and fun that Salles focuses on from May ‘68, before the film takes a much more solemn turn.

Salles takes particular interest in leader of the student movement Daniel Cohn-Bendit, who escapes abroad after becoming disillusioned with the movement. Cohn-Bendit sells out and agrees to let a photographer follow him on a visit to Berlin, financed by magazine Paris Match. Salles goes on to discuss how Cohn-Bendit and his brother wrote a “slapdash” book about May ’68 for 150,000 francs. Salles describes this as “rebellion being appropriated by commerce” and posits: “Everything, even the experience of revolt, can be bought and sold.”

It is this overly-cynical view of May ’68 that lets the film down. At points, it feels that Salles portrays revolution as the act of chasing a rainbow. He claims that the famous May ’68 slogan “Sous les pavés, la plage” (Under the pavements, the beach) was in fact coined by two advertising employees, he also highlights how the striking workers in Paris referred to the students as “our future bosses”.

He is rarely explicit, but Salles seems to imply with his narration that we are doomed to repeat the same failures over and over, that revolt against capitalist structures only leads to further cementing of capitalist structures. It is disappointing to hear the narrator, at one point seemingly caught up in the ecstatic moment of revolution, the next suddenly descend into a well of postmodernist despair.

Since May ’68 lessons have been learnt. In recent decades we have seen how capitalism is able to absorb activist politics into itself, from the inclusion of rainbow-adorned police at Pride, to oil companies deploying renewable energy advertising campaigns to mask their destructive activities elsewhere. But there is also progress in these movements to push back and to resist, to reject revolution as consumer product and win it back as genuinely liberatory activity.

Presumably encapsulating the death of May ’68 for Salles, a fascinating exchange is presented of workers outside a factory having just voted to return to work with a 10% pay increase. A woman identified only as ‘Jocelyne’ speaks up in utter outrage that the union has given in. Union officials in the crowd around her try to console her patronisingly, as she decries: “We didn’t get anything, we got less vacation… I’m not going back in that pigsty… We don’t even have the right to go to the toilet… Now it’s over we’ll never get anything else”. Salles proclaims that Jocelyne is a “Wonder Woman” and rightfully presents her as a hero. Salles’ tone here is almost mournful, but we must recognise the importance of moments such as these, of brave individuals taking a stand against bureaucracy and the forces of counterrevolution within the movement. We must recognise the potential in these moments: that if the rank-and-file of the movement have sufficient strength we are not doomed to repeat the mistakes of the past.

It is true that revolution can be bought and sold as a consumer product, a fact demonstrated by the very creation of this film. However, surely the sale of revolutionary lessons and ideas from 50 years ago tells us we can bring these moments into being once again.

This screening at Hyde Park Picture House in Leeds was part of #RFN68 — the Radical Film Network’s festival marking 50 years since May 1968.