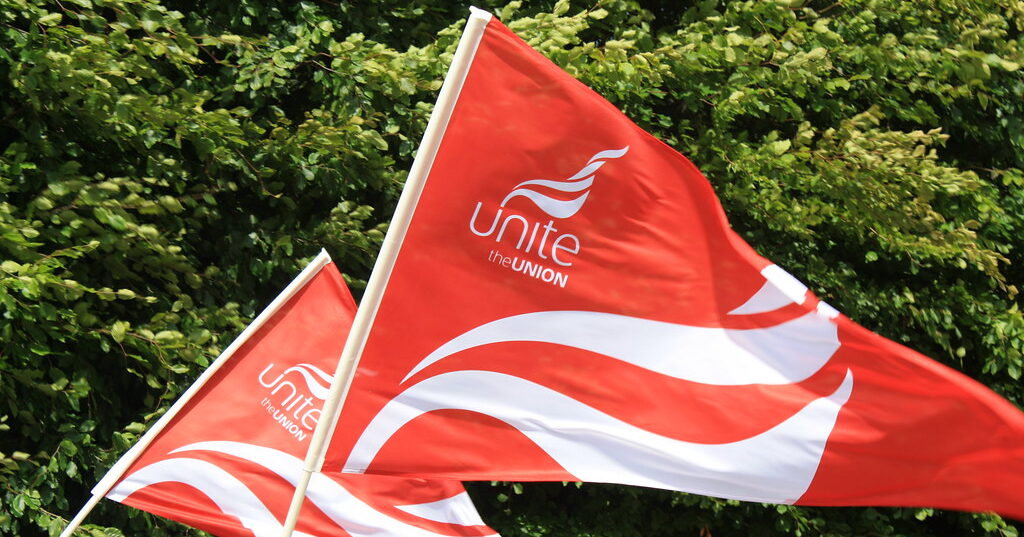 Five hundred Liverpool dockers at England’s fourth-largest port, employed by MDHC Container Services, are to strike from 19 September to 3 October.

After the vote, they immediately sent a large delegation to the picket line at Felixstowe port, where their fellow dockers were on an eight-day walkout, to tell them the news. With the potential to spread to other ports, dockers have the power to gridlock Britain’s international trade.

Unite members at Britain’s largest container port at Felixstowe ended their eight-day strike on 28 August. Strikers included crane drivers, machine operators and stevedores that handle some four million containers a year and 2,000 ships. Since 48% of British container trade goes through this port the knock-on effect for supply lines was far-reaching at a time when the country is already teetering on recession.

Hundreds of dockers turned out to picket—only 25 of the 1,900 dockers crossed the line, despite a tax-free £400 bonus being offered to scabs. Many of the ships destined for Felixstowe could not even be diverted to other UK ports because they are too big.

The employer, Felixstowe Dock and Railway Company, runs the facility. But its profits are funnelled through CK Hutchison Holdings Ltd (profits up 28% to £79 million last year). The employers first offered the union 5% plus £500. After going to Acas they raised their offer to 7%, still way below inflation.

General Secretary Sharon Graham told pickets, ‘we will escalate this dispute unless they come back with a revised offer. We have no option.’ Dockers should hold her to her word and demand another eight-dayer to coincide with Liverpool’s second week of strike action.

No wonder dockers are saying no to real wage cuts of 5%. Rank and file militants should be agitating to get Felixstowe and Liverpool out together, and all ports out in a national docks strike such as we have not seen since Thatcher abolished the national dock labour scheme in 1989 and paved the way for containerisation.

Of course if the strikes go on, shippers will try to divert container vessels to Antwerp, Rotterdam, Wilhelmshaven, but there is already considerable congestion at continental ports, not to mention the complications of Brexit to traverse.

Unite should call on European dockers and its sister unions to refuse to handle such cargoes. German dockers in Hamburg struck last monthsand are balloting again for action, so solidarity can work both ways by boycotting their cargoes.

Indeed dockers are, by the very nature of their jobs, one of the most internationally minded groups of workers, with an active record of solidarity. US West Coast longshoremen and Australian dock workers have splendid records when it comes to international solidarity. The worldwide surge in inflation should be a signal for just such unity in action.