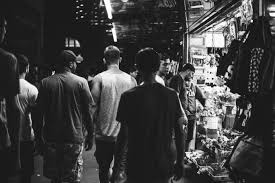 Blue Story: a tale of love and death

A low-budget debut film made by British hip-hop artist Rapman has hit the news for all the wrong reasons.

A brawl, or rather stand-off, presumably involving opposed gangs outside a cinema in Birmingham, where Blue Star was showing on Sunday, led to the largest cinema chain in the UK banning the film from any of its 91 venues. Within hours of the incident, executives at Vue leapt to this conclusion. It seems highly unlikely that any of them had ever seen the film.

You can almost hear the cogs in their brains whirring: it’s black; it’s grime; it’s inner-city (read ghetto); ban it.

The irony is that Andrew Onwubolu (aka Rapman) has made quite a good film about the futility of gang warfare and how it can destroy friendships and love. As Onwubolu said when he heard about Vue’s decision, “It’s a film’s about love, not violence.”

I watched the film in Peckham, where the young audience got stuck in, gasping at the shocking moments, laughing with the jokes and cheering at the sex scenes. Occasionally, there were a few laughs at inappropriate moments, but by the end the cinema spontaneously applauded as one.

The story revolves around two 16 year old boys, Marco from Peckham and Timmy originally from Deptford but recently transferred school to Peckham. SE15 and SE13. Caught up in a vicious “postcode” gang war, where youths can be battered for simply being in the wrong area at the wrong time.

Marco and Timmy immediately hit it off, each taking it in turns to protect the other when confronted by gang members from their own turf. Some of the best scenes in the movie are from these opening 30 minutes: the loud laughing and mimicking in the school playground or on the top deck at the back of the bus; the hilarious house party scene where the teenagers try out some bump and grind; Timmy overcoming his shyness and winning Leah’s love.

But the tragedy, until then lurking in the background, starts to unfold. Marco is badly beaten by some of Timmy’s old primary school friends. He then calls Leah a slag and Timmy thumps him. This, Marco can’t take lying down and so he ambushes Timmy and Leah, who is accidentally knocked down beside her boyfriend and they both lie side by side bleeding.

Until this point echoes of themes and sometimes scenes of Romeo & Juliet – but the blue story then spirals out of control.

Leah dies, Timmy survives. We pick up the thread three years later, with Marco and Timmy transformed into small-time gang leaders, bent on revenge and clinging onto pride. The violence escalates and, well, without ruining it, it doesn’t end well.

So, what to make of it? It’s a modern morality play, even to the point of Onwubolu turning the camera on himself in his alter ego as Rapman and spelling out the message and missing parts of the narrative. Marco’s mother, brother and cousin get caught up in the violence, showing how whole families are destroyed. A Greek Tragedy, no less.

The violence is shocking without ever being glorified. The guns, for instance, aren’t the high-explosive weapons of Hollywood hitmen. This isn’t Tarrantino. But death is death nonetheless, and grief is grief.

What is missing is any analysis of how society got here and what are the underlying causes. There’s not even any evidence of the underground drug trade (although plenty of spliff smoking) that underpins the gangs’ allure and pays for the guns.

None at all of the social conditions – in-work poverty, overcrowded housing, dead-end jobs, austerity cuts – that make gangs look a viable option. Most surprisingly of all there is no mention of racism, not even from the police.

But Blue Story makes no pretension to ask these questions, let alone answer them. It is a movie for teenagers about real social problems as seen by teenagers themselves.

As a youth worker who saw the film told The Guardian: “The film is a good insight to bring people who are from the area to relate to and also people who are not from the are and don’t understand… People like Sadiq Khan and Boris Johnson need to watch this film.”

On that level, hopefully the film might make some youths look at gang life and turn away. Unfortunately Sadiq and Johnson are not going to watch it. And even if they did it’s not going to make them change their policies, which are not borne of ignorance but maintaining capitalist order.

Only a mass socialist youth movement, embedded in the estates and the schools, struggling for immediate improvements in social conditions, while spreading a message of socialist hope instead of violent despair, can do that. And with the recent surge of new young members into the party, Labour is in a position to launch such a movement and set it free.