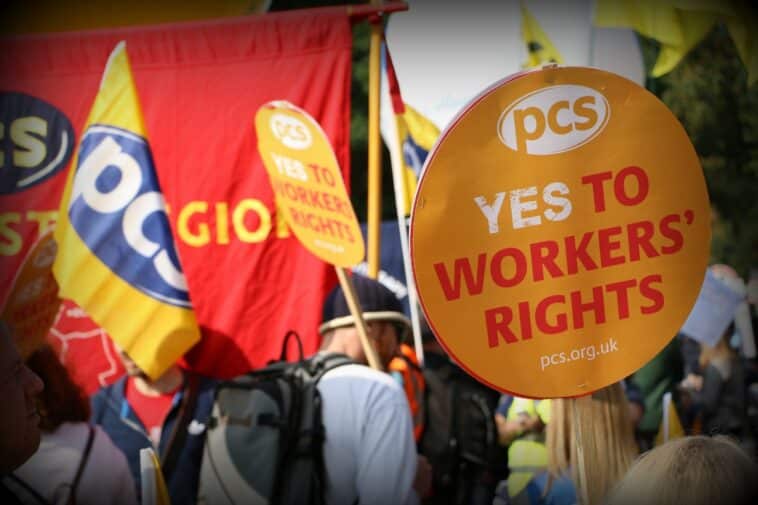 Outsourced cleaners and catering staff at the Department for Business, Energy and Industrial Strategy (BEIS) took four consecutive days of strike action between 21 and 24 May, demanding a real living wage of £10.55 an hour and other working conditions comparable to civil servants in the same department.

The workers, organised through the Public and Commercial Services union, are employed by facilities outsourcing giants ISS and Aramark, which are known for poverty wages and union-busting. Alongside their immediate demands, the workers are campaigning for their contracts to be brought back in-house.

ISS have additionally been accused of mismanagement, resulting in staff being paid late or not at all, and forcing PCS reps to set up a food bank for workers unable to afford basic necessities.

This is the fifth time BEIS workers have gone on strike, escalating from shorter actions to a four day walkout, and ISS are clearly rattled. In the week before the strike, ISS employees at BEIS received a threatening letter emphasising the various consequences workers might face for taking strike action.

The striking workers have also been supported by the International Workers of Great Britain (IWGB), which organises precarious workers and campaigns to bring outsourced workers back in-house. The action reflects a growing trend of industrial militancy among outsourced and precarious workers, which has spurred mainstream trade unions to take an increasingly active approach in the service sector, following limited successes by independent unions like the IWGB and United Voices of the World.

Representatives of the strikers also travelled from their picket line to the PCS annual conference to speak at a fringe meeting about how to build union membership in outsourced areas. With no word on concessions from the employers, the strikes are expected to continue.