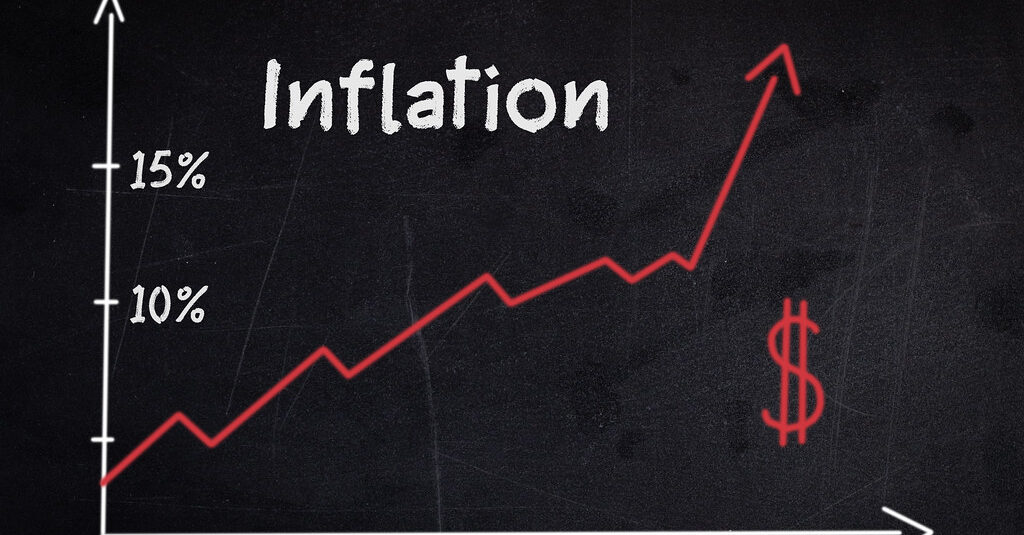 Inflation is back in the headlines. Even Tory MPs are raising the ‘cost of living crisis’ in the House of Commons. In the UK and most other rich nations the rate is at its highest since the early 1990s. For workers under the age of 40, this is their first real taste of sustained rising prices.

The government’s preferred measure, the Consumer Price Index (CPI), showed a 5.4% annual increase in December, while the Retail Price Index (RPI), which at least includes some housing costs, recorded a 7.5% rise.

However, internet cook and anti-poverty campaigner Jack Monroe has launched her own index after finding that basic items like pasta (up 141% in a year), rice (up 344%), baked beans (45%), apples (51%) and bread (29%) were rising much more quickly.

Shame on the official labour movement for not taking such an initiative themselves! Representing 5.6 million members the unions certainly have the resources to calculate a workers’ cost of living index. The best the TUC could do was to protest at the adoption of CPI, claiming RPI could be improved.

Prices began to rise back in the summer (see Workers Power 386) but there are more in the pipeline, literally when it comes to energy bills, which will jump by as much as 50% in April, when the price cap is lifted. Increases in National Insurance (1.25% of income) and council tax are due in April, too. Inflation is here to stay.

Simply put, inflation is a general, long-term increase in prices not only in a particular sector, but across the economy. But what causes this?

Clearly, some price increases result from changed conditions in production such as the depletion of easily available mineral and energy resources or poor harvests caused by disease or climate change. Prices, however, are undoubtedly also affected by the supply of both goods and money.

Today, the supply of money has increased dramatically as a result of government policies to deal with the corona pandemic: the furlough scheme, which paid workers for work notdone; ‘build back’  loans (many fraudulent, of course) which refinanced companies; temporary rises in Universal Credit payments and funding for essential services, notably the NHS;  and various smaller schemes.

Unlike ‘quantitative easing’ after the 2008 crash, where the money went directly to the financial sector, this money circulated, pushing up consumer prices as more money chased the same amount of goods.

Finally, another factor in today’s inflation is the increase in money supply resulting from banks rolling over loans to companies that are unlikely ever to repay them, the so-called ‘zombie’ companies. Michael Roberts, the Marxist blogger, estimates these at 15-20% of companies in the major economies, with 200 major firms joining their ranks during the pandemic.

Inflation in the global south

For some 30 years, the advanced (imperialist) economies have managed to keep inflation low through a variety of measures: holding down wages by anti-union laws and public sector pay freezes; cutting benefits, welfare, education and health services through austerity budgets; offshoring manufacturing to low wage economies like China; and low, or even negative, interest rates, which cut the cost of debt.

Such measures, however, could not be applied across most of the world. The so-called emerging economies have been hit hard; Turkey’s inflation rate, for example, is likely to have reached 48% for January; Argentina’s topped 50% last year. In these countries, workers face a life-or-death struggle just to keep their heads above water.

Even those figures do not show how high inflation can go; in 1985, Bolivia experienced “hyperinflation” when prices rose at an annualised rate of 60,000% between May and August! No wonder that we wrote in The Trotskyist Manifesto at the end of that decade:

‘[Workers] must fight for control over the necessities of life. This means workers’ control over the food industry, the large farms, processing plants, transport, and supermarket chains. It means establishing direct commercial links between the workers and peasants over the exchange of goods. It entails the building of workers’ and peasants’ committees to control food pricing and distribution.

‘But to bring a halt to hyperinflation the workers must seize control of the banks; force their complete nationalisation including the confiscation of the assets of the bourgeoisie and the foreign multinationals. We demand action to prevent the transfer of capital abroad, the immediate repudiation of the foreign debt and the cessation of all interest payments on it.’

Bourgeois commentators claim there is little workers can do about rising prices. If they increase wages by strike action, this will just push prices up further, creating an ‘inflationary spiral’. This argument is neither new nor true and relies on ignoring reality, in particular the balance of forces within society.

Only a moment’s thought is necessary to realise that a general pressure for wage rises is a response to rising prices – if there is a spiral, it starts with prices, not wages. More importantly, it assumes that prices are a direct, one to one, reflection of wages. They are not; they also reflect many other costs but, most importantly, the argument ignores the question of profit.

Whether employers pass on an increase in wages in higher prices or ‘sacrifice’ part of their profits, leaving prices unchanged, is their decision, not the workers’. The increase in fuel costs is an example of this. The companies that own the oil and gas industries are making super-profits, partly by simply constricting supplies, partly taking advantage of increased demand. This is so obvious that there is even talk of a ‘windfall tax’ on them.

The truth today is that, far from experiencing wage-push inflation, wages are failing to keep up with prices, especially for the necessities. To change this, the unions should push for inflation-proof pay rises, demanding a 1% rise for every 1% rise in the workers’ living costs, as determined by price watch committees of workers and their dependents. Trotskyists call this the sliding scale of wages, which we covered in the previous issue.

To stop the bosses simply raising prices in this sector, food, housing, rent, etc., we also have to demand price controls on these products and resist any attempt to restore the rate of profit through austerity cuts to benefits and services.

However, we cannot rely on price controls fixed by a bosses’ government and enforced by civil servants. We need the same price watch committees that are defending workers’ wages to report price increases to trade unions in retail and distribution so they can organise to impose freezes or cuts.

At the same time these increases, publicised to people in their workplaces, can in turn inform propaganda and agitation for votes for action in strike ballots.

Finally, inflation poses a danger not only to workers’ real income, but also to jobs. To protect the financial sector central banks are starting to raise interest rates. After a decade of near-zero interest, these rises will push up mortgage payments and rents, and also the cost of borrowing for governments and companies.

In some countries this will produce severe crises, with banks or the IMF insisting on cuts to spending, hitting workers and peasants the hardest. Even in richer nations, like Britain, it could result in bankruptcies, factory closures and redundancies.

Here, not only strikes but occupations must be mounted to demand the bosses open their accounts to workers’ inspection. Where they claim bankruptcy, we should demand nationalisation without compensation and under workers’ control.

It is too early to say whether the spike in inflation will reach such proportions across the economy. If it does, imperialist capitalism will not be able to contain it with the policies it used in the globalisation era, such as shifting production overseas.

In that case, the defensive measures of the working class must be developed into an offensive attack on the root of the problem, the private ownership of the means of production, and the wholesale socialisation of production to allow democratic planning for need, not profit. The economic and ecological crisis we are heading towards vitally requires the struggle for a socialist society.