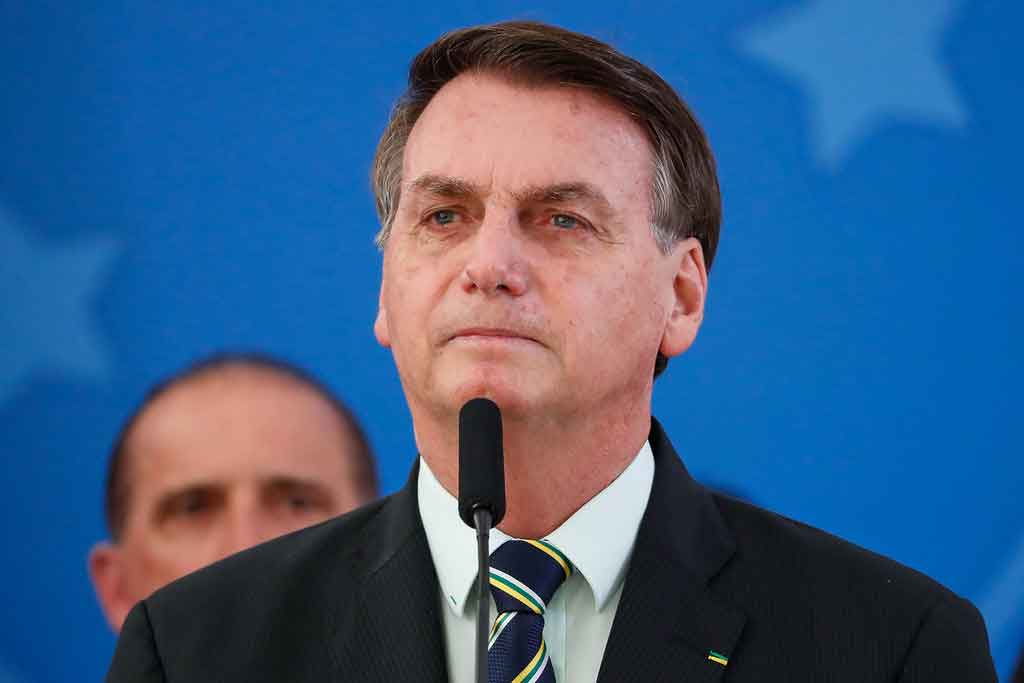 The dissatisfaction of the Brazilian population with the Bolsonaro government has been growing ever since its inauguration. Its extreme right wing politics promotes hatred against women, civil servants, teachers, blacks, LGBTQ+, as well as against socialists, supporters of the Workers’ Party, PT, and all those who are identified with the left. At the same time, it distributes favours to its followers and together these have stoked discontent among all sectors that do not support prejudices and even fascist ideas and behaviour.

However, due to the pandemic and the inaction of the leaderships of the central unions and left-wing parties, the working class was paralysed. There were no initiatives to combat Bolsonaro’s genocidal and dishonest government.

The evidence of deep capitalist crisis, aggravated by the pandemic of the new Coronavirus, is already clear from statistics. Unemployment is at its highest since the 1990s. Bolsonaro’s policy on the health crisis has failed to contain the advance of the disease, leading to growing numbers of deaths, while the economic crisis is getting worse every day.

On January 11, Ford announced the closure of factories in Camaçari, in Bahia, Taubaté, in São Paulo, and Horizonte, in Ceará. This means the loss of approximately 5,000 direct and 50,000 indirect jobs. Soon afterwards, Audi also announced its closure, and other companies are already pointing in the same direction.

These closures came as a shock, especially on the left. But it was the denial of the Coronavirus vaccine that meant Brazil was one of the last countries to order supplies. The consequences have been very serious. In Manaus, Bolsonaro’s supporters took to the streets to demonstrate against the lockdown, forcing the mayor to end it. The direct result, a week later, was that the public and private hospital network collapsed. People were dying for lack of oxygen and hospital care. A horrible situation!

Moved by this drama, artists started a solidarity campaign to buy oxygen to send to Manaus. On January 19, the president of Venezuela, Nicolas Maduro, sent five truckloads of oxygen as a donation. This whole disastrous situation shook the Brazilian people out of their paralysis.

Protests were called by the central unions, left-wing parties, some united front organisations (Frente Brazil Popular, Frente Povs sem Medo), in the form of a motorcade on January 23, demanding vaccination against Covid-19 and the impeachment of the Bolsonaro government.

According to the CUT, the motorcades took place in more than 90 cities, including 24 state capitals and the federal district. The long lines of cars with flags and posters, made it clear that the Brazilian people can no longer stand the inactivity of this government and are willing to fight to overthrow it. CUT secretary Janeslei Albuquerque pointed out that “The tragedy in Manaus is not something totally unexpected. It was predicted, calculated and denounced, but absolutely nothing was done”, and took the opportunity to denounce the closure of Fafen, which belonged to Petrobras: “The government prefers total contamination and we have reached the point where people die asphyxiated by lack of oxygen when we have in Araucária, Paraná, a factory that could produce the oxygen needed to save lives in Brazil – but that was shut down a year ago”.

Meanwhile, in the bureaucracy of the National Congress, Rodrigo Maia (DEM), President of the Chamber of Deputies, is still sitting comfortably on a pile of more than 60 impeachment requests against the President.

Some leaders of the right, like former President Fernando Henrique Cardoso (PSDB), have already made it clear that they do not want to bring Bolsonaro down. Rather they want to “bleed him to death” by waiting for elections in 2022. Some leaders of the left, like Fernando Haddad (PT), Marcelo Freixo (PSOL) and Manuela D’Ávila (PC do B) have also made it clear that they support this strategy and want to build a broad front with “democratic” sectors of the bourgeoisie. They seem to have forgotten that these “democratic” sectors of the bourgeoisie are the same ones who led the coup that overthrew the Dilma Rousseff government (PT).

The left must fill the vacuum that has developed since the 2018 elections. Then, the bourgeoisie had no other options and supported Bolsonaro. This did not please the traditional right but was enough to maintain a government that is corrupt, supports privatisations and austerity and has heavily attacked the working class. The left must drop the electoral tactic of a broad front with sectors that pretend to defend democracy but are, in fact, coup plotters who merely defend the interests of the bourgeoisie.

In this context we see the need, alongside this struggle, to make a great effort to build a united front on the basis of a government programme which meets the needs and demands of the working class. This is the way to open the dialogue with the working class, presenting a way forward on the left. It can also be the way to build a revolutionary party, with a programme that meets the agenda of immediate and transitional demands of the working class, that is, the beginning of a path to the overthrow of capitalism. It is necessary to make it very clear that we need a revolutionary process to destroy the bourgeois state and to build on its ruins a socialist state under the control of the workers.

For a General Strike!
Bring down Bolsonaro!
For a workers’ and farmers’ government!