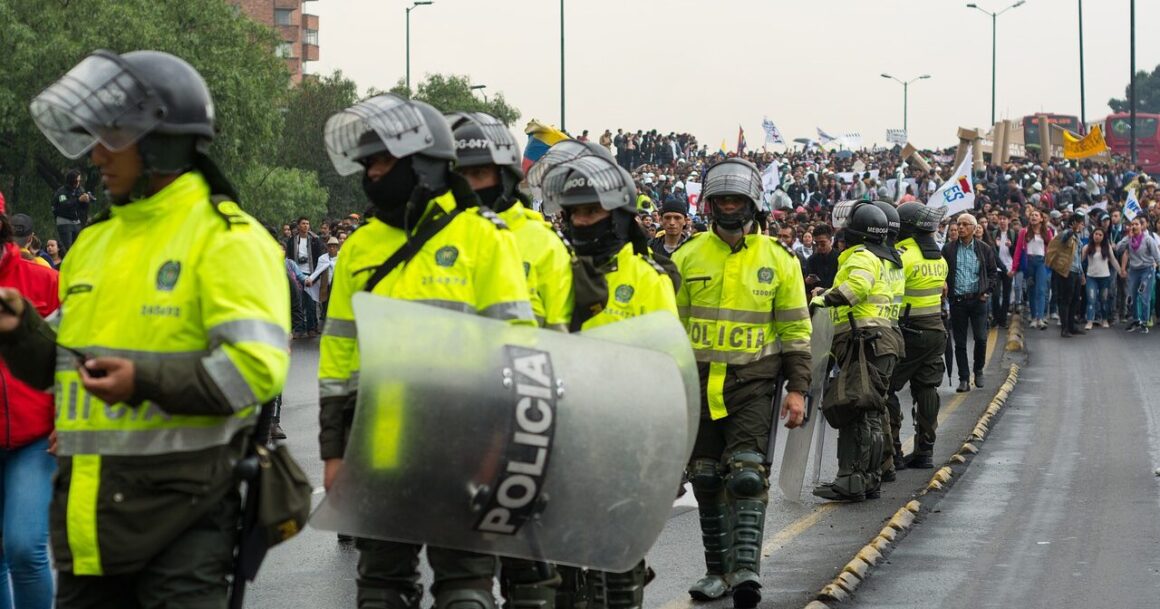 Since April 28 Colombia has been in a state of rebellion. The country has been racked by daily protests, clashes with the police and general strikes. The spark that lit this latest conflagration came from a proposed tax reform that would have forced ordinary people to pay for the cost of the pandemic. Much like the 2019 rebellion in Chile that began after a rise in metro fares, the roots of the crisis run much deeper.

So far, the weeks of protests have forced the government to shelve the tax bill and widely opposed changes to the healthcare system. Having started as resistance to tax rises, protesters are now demanding universal basic income, free education and police reform.

The demonstrations are the latest iteration of class conflict between the ruling class and the workers and poor of Colombia. The strikes in 2019 and the 2020 demonstrations against police brutality created forms of organisations such as neighbourhood assemblies and road blockades that are now being recreated on a grander scale. Tragically, police repression has intensified, with over 40 killed and hundreds missing. However, this has failed to subdue the masses who continue to bravely defend themselves day after day, in many cases setting alight police stations and forcing them out of neighbourhoods.

The initial tax plan would have seen the poorest sections of society pay for the economic fallout from the pandemic. Meanwhile, billionaires like Colombia’s richest man, Luis Carlos Sarmiento, saw his personal wealth grow from $2billion to $11billion during the pandemic. No wonder the masses responded with such anger when, in the same period, official unemployment rose to 17% and poverty levels increased to 42% with up to 7 million people living below the breadline.

There is pressure from politicians on the right to intensify state repression, like former president Alvaro Uribe, who is already calling for the intervention of the army. This is a serious threat in a country that historically has suffered under US backed military dictatorships. Indeed, US trained death squads are thought to be responsible for the murder of over 1000 ex-combatants, indigenous community activists and leftists since peace negotiations with the FARC guerilla army in 2016.

A continent in crisis

The unfolding crisis is not limited to Colombia. All of Latin America is a tinderbox and the last two years has seen mass movements in almost every country. Several have reached almost revolutionary proportions, most notably in Ecuador, Bolivia and Chile.

The reason behind this wave of militant class struggle is not hard to identify. Domination by US imperialism for decades, in which corrupt governments and military dictatorships stripped the land of resources, trampled the rights of indigenous peoples and exploited their populations, has created a dire situation. The failures of reformist governments and those of ‘Bolivarian Socialism’ to enact structural, lasting changes has only exacerbated conflict.

The onset of the pandemic tipped the scales further with a third of the 600 million people now living in poverty, over half working informally with little to no rights and the continent suffering 30% of worldwide Covid deaths despite having less than 10% of the global population. In Colombia, the poorest 20% in cities like Cali and Bogotá have seen incomes drop by over 50% with little to no help from the state, no wonder tax and metro fare hikes have been met with such explosive anger.

The way out of the crisis

The movement has decimated Duque in the polls and now a former guerilla-turned-reformist, Gustavo Petro, has leapt from 25 to 38%, looking set to win the elections next year. However, this is not a solution and Petro would only offer reforms whilst attacking the left to ensure there can be no repeat of recent events. Ultimately he only seeks to manage the capitalist system and therefore could not resolve the root of the crisis.

Negotiations between National Strike and the government ended in mid-May with no agreement reached and the strikes and blockades have continued. Though National Strike, a coalition of trade unions and farmers’ organisations calls the days of action and formulates the official demands, the street mobilisations are predominantly young and far more radical. Even if the government successfully negotiates some limited reforms with National Strike, there is no guarantee that such a compromise would end the protests. However, there is a danger that such a deal could de-mobilise sections of the organised working class, clearing the way for the government to defeat the radicalised youth.

Neither compromise with Duque nor his replacement by Petro will solve Colombia’s crisis. Instead, the working class and youth need to continue their mobilisations and form organisations that can take power. For this to happen activists need to organise workers to demand that their leaders advance beyond the one day strikes into an all-out indefinite strike for power. If, or more likely when, these leaders refuse to do this then these rank-and-file groups need to issue the call for such action without their official leaders.

To ensure the movement is not crushed there needs to be an appeal to ordinary soldiers, calling on them to refuse to intervene and to instead defend the demonstrations against the police and their own officers.  In the meantime, elected groups should be organised to defend the mobilisations from the violence of the state.

Crucially, to ensure the above can be coordinated, the neighbourhood assemblies need to be expanded. They need to be representative of the mass movement as best as possible by taking democratically elected delegates from all workplaces, schools and neighbourhoods. This way they can give a nationally coordinated voice to the mass movement, one that gives expression to their interests and gives direction to the movement to avoid any betrayals.

The intervention of revolutionary socialists is essential in this, only coordinated together in a revolutionary party can they enact a strategy that can manoeuvre through the obstacles, repression and vacillations that will be placed in front of them. Through such actions it is possible to overthrow the government and lead the movement to victory, inspiring workers across the continent and threatening the capitalist system itself, which is at the root of the suffering of the masses. 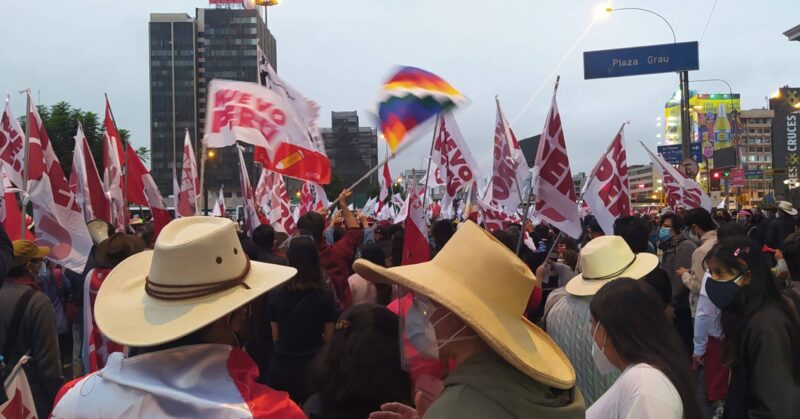 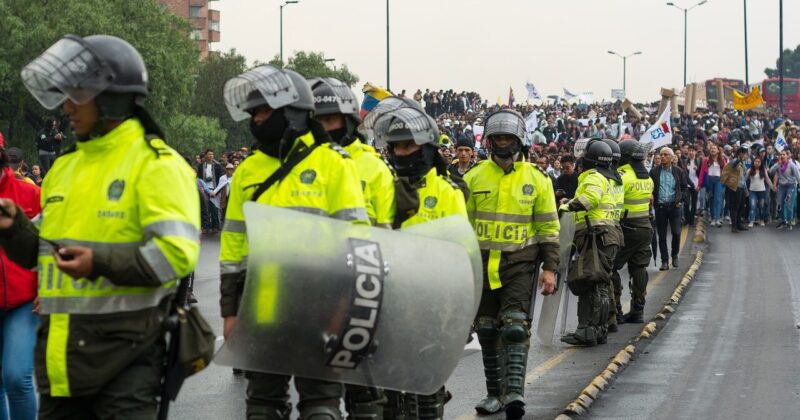