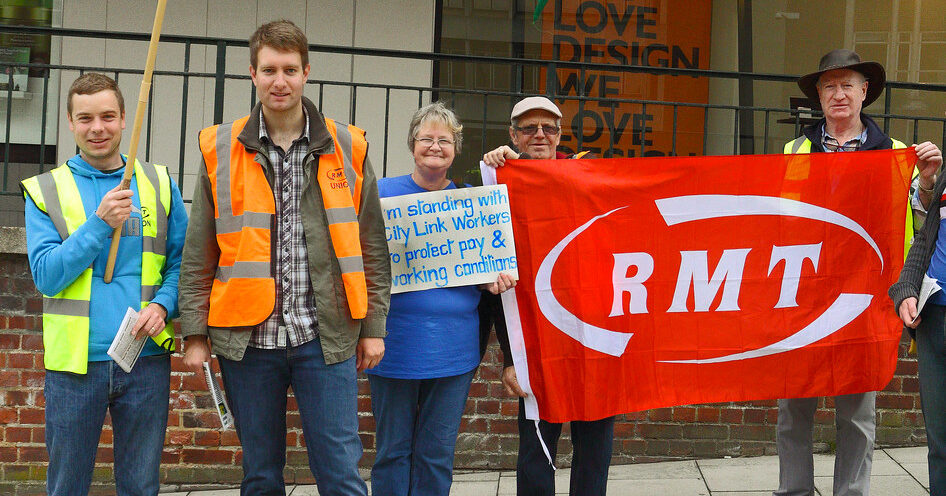 THE BATTLE to protect jobs, pensions and working conditions on London Underground has hotted up. London Transport Union RMT have confirmed two days of strike action on 1 and 3 March. The union had already been operating a work to rule but a 94% majority in a ballot also approved strike action, which will now start with two days action.

The £2 billion shortfall in government funding for Transport for London (TfL) is the backdrop to this battle. Among the many cuts that are looming is the ‘modernisation of the pension model’ where £100 million per year saving is envisaged. This will inevitably see a dramatic worsening of the pension and/or workers making up the £100 million in their pay packets.

The financial crisis at TfL will spell a marked deterioration in London’s transport service as well as a significant attack on workers and their unions. So the stakes are high. The RMT must be prepared to escalate the strikes and develop a joint union campaign, at least with ASLEF, to organise action which calls on the government to pay up.

The need for solidarity is crucial, the RMT must not be left to fight alone. Unite’s Sharon Graham should play a leading role in coordinating action amongst all transport workers across the capital for defence of their jobs and pensions and to link in the cost of living crisis as in fighting for inflation proof pay rises.