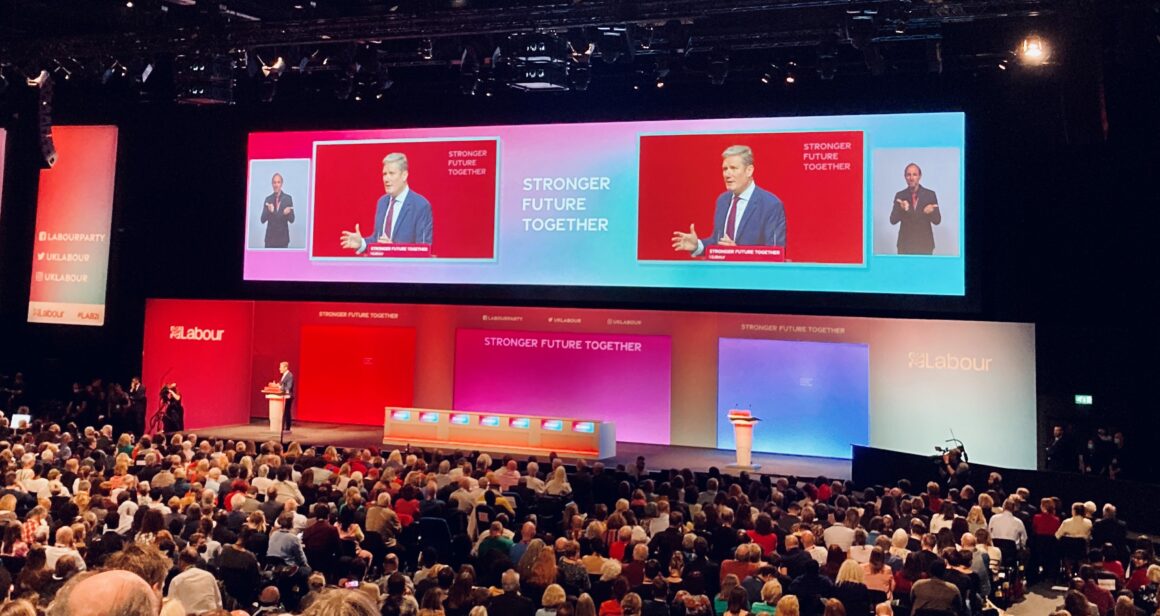 Labour Party Conference 2021: Locking the Left out for good?

KEIR STARMER’S first annual conference as Leader started from the assertion that ‘Labour is back in business’ – the business of serving Britain’s ruling class. Brighton Conference Centre witnessed Keir Starmer completing his counter-revolution against the heritage of Jeremy Corbyn, and party chair David Evans amending the rulebook to make it easier for him to get rid of the membership who had dared elect the veteran tribune of the left as leader.

“To the voters that thought we were unpatriotic or irresponsible, or that we looked down on them, I say these simple but powerful words,” Starmer said in his speech to conference. “We will never under my leadership go into an election with a manifesto that is not a serious plan for government. That’s why it has been so important to get our own house in order this week and we have done that.”

No matter that he voted for that manifesto and promised not to steer too far away from its policies, no matter the ten pledges on which he was elected. In fact his long and boring speech carried no real plan for government, just recycled and harmless policies, a ragbag of self-praise and empty phrases, plus the Blair like mantra “family, work, service”.

Instead of policies we had a eulogy for his mum and dad – a toolmaker and a nurse – who named him Keir after the party’s founder, to prove he was not always the posh lawyer most think he is. He expounded on the 14,000-word Fabian pamphlet issued just before the conference, in which he heaped praise on the ‘technological revolution’ in an echo of Harold Wilson’s white heat, promising to make Britain “the best place to do business because it has a government that works in partnership with the private sector”.

Then there was admiration for our boys’ heroism in Afghanistan, praise for the police, for the criminal justice system, and his pledge that “the fight against crime will always be a Labour issue” – all straight from Blair’s playbook. As The Independent observed, Starmer’s overriding goal in 2021 is ‘to lock the party’s left wing out of power for good’.

And although the trade unions blocked his attempt to restore an electoral college to put the membership in a minority, he did win the big prize. His Blair-era general secretary, David Evans, was confirmed in office by 57% to 43% of the votes.

Last minute amendments to the party constitution give him authorisation to continue to “reshape the party” by purging it of anyone who rocks the boat. These included:

• A six-month ‘probationary’ period during which new members can be ‘rejected for any reason which the general secretary sees fit’
• Raising the bar for ‘trigger ballots’ to 50% of the constituency membership before sitting MPs would have to submit to a reselection procedure
• Future leadership candidates would need to be endorsed by 20% of Labour MPs – double the current figure – to get on to the ballot of the whole membership, effectively barring a left winger like Corbyn from ever standing again.

Yet on several issues – Palestine, the nationalisation of the power companies, the national minimum wage – conference voted for policies the leadership was opposed to. However, Starmer immediately made it clear he will not implement them. In short, Labour was back to turning its ‘sovereign’ conference into a rally, whose main purpose is to give embarrassing choreographed standing ovations to the dear leader and his entourage.

There were other hiccups too. Andy McDonald resigned from shadow cabinet, because he said the Labour leader’s office ‘instructed me to go into a meeting to argue against a national minimum wage of £15 an hour and against statutory sick pay at the living wage’. And the Bakers Union BFAWU, whose president Ian Hodson had recently received an “auto-expulsion” letter from Labour HQ, recalled their conference delegates and revoked their 119-year affiliation to the party.

WHAT IS TO BE DONE?

The left in Labour need to ask themselves hard questions. Why did Corbynism fail to get beyond its highpoint of 2017 in terms of policies and democratic reforms? Why did Team Corbyn in both the Leaders Office and Momentum do so little to fight the fake anti-Semitism smears and the expulsion of loyal rank and file supporters? Why did defeat at the polls in 2019 result in such a rapid and total collapse of the Corbyn movement? And why have the Socialist Campaign Group and Momentum failed to coordinate resistance over the last eighteen months?

The answer to these questions lies in the left’s belief that it is vital to preserve Labour as a ‘broad church’ in order to win an election that will then see a government enact ‘socialist’ policies. Corbyn and McDonnell’s dependence on the right explains why they would not allow the members to de-select right wing MPs and councillors, despite their open sabotage of Labour’s chances in 2017 and 2019. It also explains why they did not carry out constitutional changes that would have put the MPs and the national and regional apparatus under the control of the rank and file.

The Labour right showed no corresponding loyalty to a left leader or commitment today to keeping the party a broad church. The trouble is that most of the left in Labour and the affiliated unions see no alternative to Corbynism, just as the older among them saw no alternative to Bennism in the 1980s. Both movements saw parliamentarism and winning elections as the only road to what they regard as socialism.

They do not see the class struggle – in the workplaces, in the communities, on the streets – as the party’s prime arena, but rather as an auxiliary to the electoral contests at best. But socialism will not come through parliament – only a revolutionary overthrow of the capitalist class will open the road to building socialism, saving the planet, ending racism, liberating women, stopping future imperialist wars.

Ken Loach suggests refounding ‘a broad, inclusive, independent labour movement that unites those both in and outside the Labour party’. But forming a Labour Party mark two, if it sees winning power through elections but without decisive union support, is a waste of time. It was tried with Scargill’s Socialist Labour Party, the Socialist Alliance and Left Unity. The fight against Starmerism in the party and affiliated unions cannot be circumvented; it has to be finished.

We still need to fight for the legitimate policies the 2021 conference passed as well as those embodied in the Corbyn era manifestos. If that means being expelled by Evans, so be it. All socialists need to act in solidarity with the struggles being waged by different unions against unemployment and low pay, plus the movements against climate change and for refugees’ rights. These can all be rallying points for the left.

Finally the left really needs an open debate on strategy, reformism or revolutionary politics, and what sort of political organisation the working class needs – an electoral machine or a party of class struggle.

Workers Power will be taking up these tasks and debates. Join us.