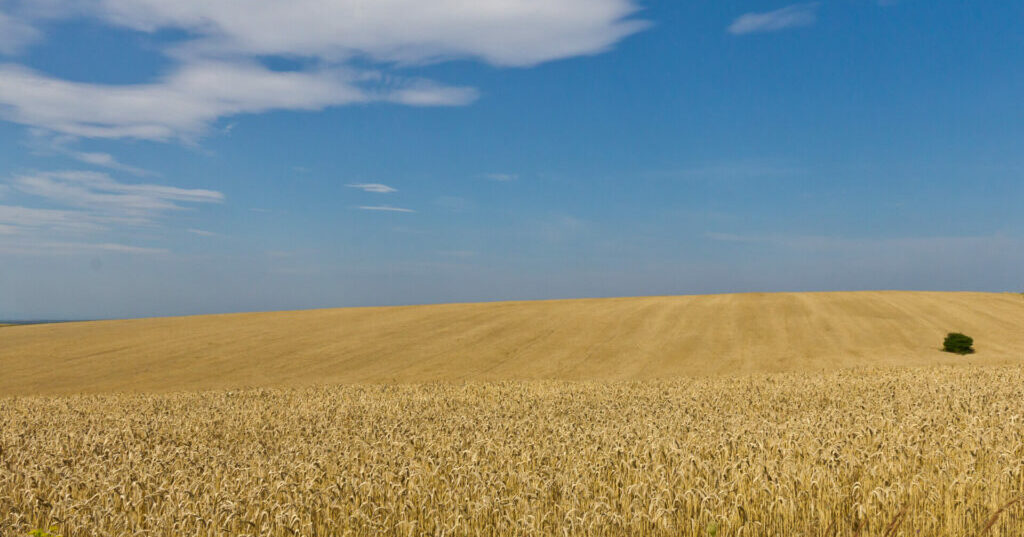 According to the UN, global food crises rose to their highest ever levels in March 2022 as a direct result of the invasion.

Middle East and North African (MENA) countries are largely dependent on Ukraine and Russia for their food imports, particularly wheat and grain. Forty per cent of wheat exports from Ukraine go to the MENA region.

The Black Sea area affected by the invasion exports at least 12% of the food calories traded in the world. Ukraine has one-third of the world’s most fertile soil according to the UN Food and Agriculture Organisation (FAO) and is among the world’s largest exporters of sunflower oil, barley, corn, wheat and poultry.

On 9 March, Ukraine banned exports of grain and other food products to prevent a domestic humanitarian crisis. Massive population displacement and army conscription have reduced the number of agricultural labourers, so there are fears the war will gravely diminish the coming harvest.

Conversely, the MENA region is the biggest food importer in the world. About 80% of the wheat Lebanon imported in 2020 came from Ukraine. Lebanon only has capacity to store reserves for one month as a result of the August 2020 explosion in Beirut’s port that destroyed the capital’s grain silos.

Egypt, the world’s largest wheat importer, is especially vulnerable as half of its imports come from Russia and another 30% from Ukraine. Even countries which aren’t directly dependent on Ukraine or Russia for agricultural imports may still see a rise in food prices due to global shortages, increases in fuel prices and a reduced supply of fertilisers.

Essential food prices were already increasing because of disruptions to the global supply chain caused by the pandemic. Climate change-driven weather extremes also damaged harvests of some crops in 2021, precipitating global price rises of more than 30% last year. Nearly one in three people did not have access to adequate food in 2020.

Food prices have reached their highest level since 1974, after adjustment for inflation, posing an imminent threat to vulnerable communities across the Middle East and North Africa. Many countries in the region do not have adequate social security to help people cope with these increases. The global number of undernourished people could increase by 8 to 13 million in 2022-23.

Between 2007 and 2010, wheat prices soared because of a combination of drought in grain-producing countries, rising oil prices and financial speculation. The food crisis sparked food riots, one of the triggers of the Arab Spring uprisings. The ruling classes will be acutely aware that the price hikes will stoke social instability and political unrest. Nationwide protests have already rocked Morocco in February this year, as thousands rallied to complain about the soaring prices of food and fuel.

Beyond the war in Ukraine, there are underlying reasons that explain the deep food crisis. Trade liberalisation, structural adjustment programmes and a model of agriculture at the service of a capitalist logic bear the primary responsibility.

The demise of local food production can be traced back to the integration of the MENA region in global markets, as ‘development’ policies driven by the IMF and World Bank resulted in nations shifting from the cultivation of staple foods to the cultivation of profitable crops for export.

Capitalism has demonstrated its inability to meet the basic needs of most of the world’s population, as well as its total incompatibility with the maintenance of the ecosystem (growing loss of biodiversity, increasing climate change).

Exorbitant food prices are the result of a system of production and distribution which has the primary objective of growing profits, not meeting human – or planetary – needs. Liberalised trade relations have restructured food circuits, meaning most countries in the MENA region are now net importers of food. Guaranteed price mechanisms are being dismantled, exposing vulnerable people to extreme price volatility.

In this situation it is vital that unions and rural cooperatives fight for control over all food imports, including their equal distribution. Unions and neighbourhood committees must seek to impose price controls on necessities, so they are affordable for all. Strikes and mass mobilisations on the scale of the Arab Spring will be needed, but this time must go all the way, replacing failed regimes which can’t feed their people with workers’ and farmers’ governments across the region.