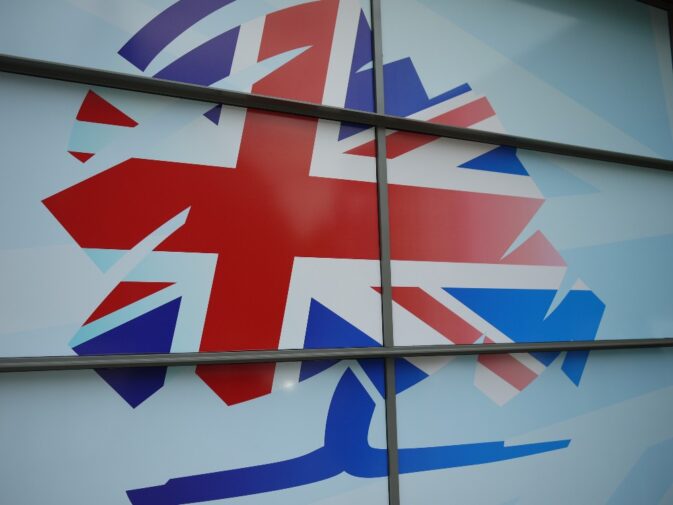 LAST week, the creaking, clunking engine that is the Conservative Party spluttered into Birmingham, an electoral vehicle that is out of fuel, lacking any roadmap, and whose exhausted driver is on the verge of being thrown out of the emergency exit by its petulant, baying passengers. The country watched wearily as this carnival of chaos pegged down its tent and its performers took to the stage, to give us a disturbing spectacle we have all seen before and yet can’t seem to take our eyes off. Although the Tories begin to look more and more like an attention-seeking viral prank that would be best off ignored, we must resign ourselves to the reality that this remains the ruling party. With this in mind, like a pathologist’s report solemnly recording the details of a hideous crime scene, the worst moments from this year’s conference have been documented below.

“If you were to believe everything you heard from the Labour Party or read on social media you’d think we somehow were letting down the most vulnerable in society, especially the disabled. However, those who are saying we are cutting budgets are peddling fake news.”

In a staggeringly Trumpian display, Work and Pensions Secretary McVey compared her critics to the likes of reactionary propaganda operations such as Cambridge Analytica, which her own party was reportedly in talks with for three months as they considered employing them to help win the next general election.

Perhaps the Equality and Human Rights Commission are also an untrustworthy fake news outlet, since they reported that Tory cuts had left families with at least one disabled adult £2,500 a year worse off. Even her own predecessor Iain Duncan Smith demanded in May this year that the Universal Credit welfare system be funded by an extra £2 billion in order to “restore it”. Who knows how deep the fake news peddlers have infiltrated, could IDS be one too?

4. Jeremy Hunt compares the EU to a Soviet prison

“… it was the Soviet Union that stopped people leaving. The lesson from history is clear, if you turn the EU club into a prison, the desire to get out of it won’t diminish, it’ll grow, and we won’t be the only prisoner that will want to escape.”

It would seem Hunt pictures himself at the centre of a Prague Spring-esque uprising, setting fire to tanks sent by Brussels, changing the road signs to send the invading forces down the wrong motorways, smuggling secret reports to the Daily Mail, which must print its pamphlets in secrecy after being banned under the tyrannical rule of General Secretary Jean-Claude Juncker.

In reality, this is simply another example of the Tories attempting to blame the collapse of its Brexit negotiation process on anyone or anything else. The UK right has blamed an endless list of the country’s problems on the EU, and now attempts to blame the EU for the disastrous consequences of leaving. Suffice to say, the EU are not sending us on a train to Siberia, rather it is the reactionaries in the Conservative Party who are taking the country down a track of misery and restricted freedom, by seeking a Brexit that will destroy the working class and allow them to gut UK regulations and workers rights.

“There is technology becoming available (…) I don’t claim to be an expert on it but the most obvious technology is blockchain.”

At this point, it is hard to believe that Hammond is a real politician and not a rejected Thick Of It character who escaped Armando Iannucci’s writing shed and somehow stumbled into real-life UK politics, so we won’t dignify this blockheaded claim with a response.

“And the People’s Republic of…jam jar, or something like that, of Libya, was what it was called when Colonel Gaddafi was in charge.”

What’s worse, having to endure such revolting casual racism from prominent Tory MPs, or knowing that it’s all just a matey act. So much of the Tories’ PR image is about egocentric comedy personalities like Boris Johnson and Rees-Mogg who attempt to peddle their reactionary views with a veneer with of clownishness, “bants” and familiar cultural tropes. I doubt that Rees-Mogg actually forgot the word Jamahiriya, which is the name Gaddafi formerly gave to the state of Libya, more that he just decided to come out with something racist to ensure he grabbed his share of the headlines from conference.

As Novara Media Senior Editor Ash Sarkar remarked: “Can’t decide if the most disgusting thing about Britain is Coronation Chicken, or our ruling class’ habit of pretending they don’t know the names of countries we’ve bombed the shit out of.”

When Theresa May gave her disastrous closing conference speech last year where she accepted a P45 from a prankster, lost her voice mid-speech and the scenery literally started falling down around her, it was clear she was sending out an SOS. And yet this super trouper still lingers, like a daddy long legs trapped in your living room that you can’t quite believe has stayed alive for so long.

One year on and nothing has changed. Under siege from within her own party and with her Brexit negotiations on the brink of collapse, it feels like she could be the loser standing small very soon.

So why did she choose to emerge on stage for her closing conference speech dancing to ABBA? Well I think I know the name of the game. Perhaps this is the solution her aides have found: during any moment of political upheaval or uncertainty simply break into dance to dissolve the tension.

When May arrives at the EU Summit in Brussels next week to have another attempt at a Brexit deal, she’ll enter the room to ‘Gimme Gimme Gimme’. If Boris Johnson decides to launch his leadership bid in coming weeks, she’ll ring around for support and simply play ‘Take A Chance On Me’ down the phone. Meeting with her Chancellor? ‘Money Money Money’. It could certainly have its tactical merits.