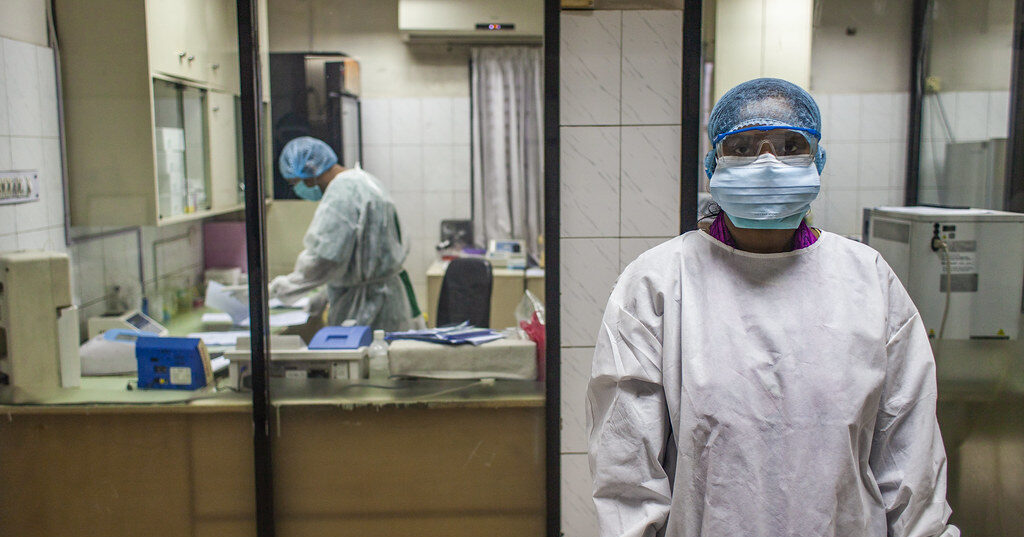 Britain is experiencing yet another damaging outburst of coronavirus, this time the Omicron variant. Once again, leaving aside its apparent origin in South Africa, the UK is already leading the way in the speed of transmission. As a result France and Germany have imposed restrictions on travellers from the UK.

Omicron cases are doubling every 2-3 days, and government advisors have warned that hospitals’ Intensive Care Units (ICUs) could once more reach a critical state if only a small fraction of those infected display symptoms severe enough to require hospitalisation.

The seriousness of its effects and the degree of protection afforded by existing vaccines are still unknown and it could be a few weeks yet before reliable data is available. Nor is it clear yet what will be the degree to which the different vaccines will protect us. The mass booster jab campaign is a necessary but likely on its own insufficient measure. Re-imposing lockdown measures until this is known would have been a sane response to the surges in 2020 and 2021 and would now be the only prudent response to the threat of a new peak in 2022.

Yet Johnson and his cabinet have decided instead on the weakest of Plan Bs possible, plus gambling on the booster vaccine’s effectiveness. This is quite simply a craven capitulation to the massive pressure to relax distancing measures and elements of lockdown, coming from big business, their political representatives among the large Tory right wing in parliament, amplified by the shrieking headlines of the Tory press. This was transmitted by the 99 MPs who voted against any measures.

It should be remembered that the huge second and third waves, which put the health system and its heroic workers in danger of exhaustion and collapse, came after the government’s repeated capitulations to these demands for “freedom” coming from business, whose real slogan is – our profits are worth more than your lives.

When Chris Whitty the governments’ chief medical adviser simply cautioned people to ‘cut back on partying’ and restrict themselves to one or two households for Christmas, he was assailed by Brexiteer MPs, Steve Brine, Steve Baker and MP for Beaconsfield, Joy Morrissey. She tweeted that Whitty, was ‘an unelected public health official’ acting as if he were in a ‘socialist state’. He should, she said, shut up and ‘defer’ to parliament and the prime minister. Far from the government being ‘guided by the science’ it is now being guided by naked self-interest and market forces as voiced by the Mail, Express and Telegraph.

For all these unleashed attack dogs of capital the real ‘message of Christmas’ is not ‘Peace on Earth and Goodwill to all People’ but Spend! Spend! Spend! Woe to us if the fat profits of the Festive Season and the New Year’s Sales are not realised.

In fact over the two years of the pandemic several premature openings up of the hospitality industry have been responsible for kick-starting four waves and Britain gaining the worst record for containing the virus – despite its scientists’ and health workers’ highly successful vaccine rollouts.

Though there is talk of a two-week circuit breaker after Christmas and New Year this will almost certainly prove to be too little too late. Sajid Javid’s Plan B is, it is true, a pathetically inadequate series of measures – but it would be better than nothing. A mask mandate in shops, but not pubs and restaurants; on buses and trains, and in school corridors but not in classrooms. Teachers, bus drivers and hard-pressed health workers in these locations are responsible for enforcing them but are now faced with an abusive and sometimes violent minority.

To stop the formerly dominant Delta variant containment measures should have been maintained and improved – better ventilation in schools, workplaces, pubs and clubs and other entertainment venues, retaining mandatory mask-wearing in all indoor public places, social distancing, accompanied by a right to work and study from home wherever possible but with financial and psychological support, including increased sick pay and furloughs for those required to isolate or shield. Finally, Britain needed an effective public test and trace system monitored by the NHS, all free at the point of use – not the various private scams with links to corrupt practices by Tory MPs and their families.

Now thanks to the lightning spread of Omicron there can be little doubt a three week reimposition of lockdown was necessary until serious data is available on how effective the vaccines are in protecting serious illness and the effects like long covid are. Indeed there are widespread rumours that the SAGE officials themselves argued in vain for this, only to be overborn by the mob of covid deniers, herd immunity mongers and antivaxxers that infest the Tory back benches, holding Johnson hostage.

Meanwhile the deceptive ‘freedom’ propaganda, especially against the so-called covid-passport, saw several stars of the Labour left cave in to it, including Jeremy Corbyn and Diane Abbot, voting against Plan B. In this they were aided and abetted by the Morning Star. To demand a test result or proof of vaccination to enter some venues was not a violation of freedom, nor is the fact that Plan B was feeble and inadequate any excuse for joining the Tory Neanderthals in the lobbies.

Still less was the lefts’ excuse that these measures were ‘divisive’ especially whilst they themselves were ‘uniting’ with the hard right in the vain hope bringing down Johnson, a prime example of parliamentary cretinism if ever there was one. If Johnson fell it would be Tories even further to his right that would benefit from this. If the Labour left wanted to embarrass Starmer all they had to do was to put down an amendment to restore furloughs and other compensations for people laid off.

Those on the far left – like Socialist Worker – who supported Corbyn and Abbot should hang their heads in shame. No, voting with right to “bring Boris down” would not have been a victory for the left, would not have brought more safety against Omicron, quite the opposite.

As for talk about the freedom to choose (to infect others), this is a purely individualistic not a socially conscious freedom. It is quite frankly antisocial behaviour and the whole labour movement should call it out. Its fruits are the abuse of those who care for us. Instead of the initial solidarity which saw the demonstrations of support for nurses, doctors, cleaners, ambulance crews and care home staff – they have been suffering a wave of online and face-to-face abuse. There are reports from unions and professional associations of shameful examples of shouting and spitting in the streets, the hospitals and vaccination centres.

OK, this comes from a small minority but there is no powerful voice contradicting and condemning this – a far cry from the 2020 weekly applauding for ‘our heroes’ and ‘Save Our NHS’. The Labour movement needs to put this right and not pander to it by talking of the danger of compulsory safety measures ‘dividing us’. The great majority of sane and sensible people will observe the self-evidently necessary measures. Those backward people who will not deserve to be compelled to do so.

It is true that the stop-start approach on opening the economy, of opening workplaces and places of entertainment and then having to close them again, usually too late, has created among a minority of the population a pathological distrust of the government and of health experts, an opening to conspiracy theories as to the reality or origin of the virus, and the dangers of the vaccines.

Joining with the pre-existing antivax movement, this pride in ignorance and dismissal of science would represent a major danger to the population especially if its succeeds in linking up with those people genuinely angry at losing their jobs without pay without any form of compensation. This has already created a very dangerous political situation in many countries, favourable to the far right.

But the real criminals behind this attack are Johnson and his government; the fact that he, his ministers and advisers were partying last Christmas now plays straight into the hands of the right wing demagogues; but it does not justify everyone partying now. Also the feeble Labour opposition have, just like last year, agreed with the importance of opening up the economy, i.e. making more money for business during the Christmas spending spree is ‘force majeure’ over the lives and safety of the population in general.

As a result our NHS staff who were already under enormous pressure, are suffering debilitating stress or complete burnt out, many catching the virus themselves and now quitting the service. This comes just at a time when many of these workers from Europe are leaving because they see no future for themselves in Brexit Britain.

Where Keir Starmer and Co. were wrong was not so much in supporting the Plan B legislation but in failing to put forward once more a Plan C for a series of measures that most health care experts were advocating – at least a circuit breaker of fully funded restrictions, lasting until fuller scientific evidence on Omicron emerges. Just as important is that Labour should have demanded full financial support for workers and their families from the government, including the restoration of furlough schemes and payment for workers who could not go into work in the present conditions.

The costs should be borne by the employers. As for those businesses which claim they are bankrupt and have to close or lay off large numbers of their workers, they should be forced to open their books and prove it. If they are indeed bankrupt their businesses should be taken into state ownership with no compensation and run under workers management.

Trade unions from the very beginning of the pandemic should have organised and indeed imposed on management health and safety control committees with the power to enforce safety measures on the management. Today, faced with Omicron, it is not too late to take control of the situation in the workplace – testing, protective clothing, distancing, booster vaccination, etc.

Certainly this will requires decisive action from below, by rank and file workers. The Tories and their big business backers have shown themselves to be completely incompetent and frivolous. It is high time the workers took control of the economy under the health system

If Omicron does indeed have widespread serious effects for health and the NHS looks likely to succumb, then the labour movement will have to take mass direct action either to force whoever is in Downing Street to allow for the necessary measures and for health workers, doctors and scientists to take control – or to drive the Tories out altogether.